Ahem
I wouldn’t call it Thelma and Louise exactly, but it was kinda cool as a filmic road trip narrative. True, we were actually middle aged blokes and not battered women scenting freedom. True, it wasn’t a 1966 Thunderbird convertible but a large boxy white hired van. True, we were neither in rebellion nor on the run, in fact our wives knew exactly where we were, but there was nevertheless a heady whiff of the open road as my neighbor Marc and I set off on a 3,000 kilometer drive across western Europe (well, France) with a very full load one frosty Thursday night at 11pm. We drove fast and hard 900 km south to the Tarn-et-Garonne and the Gers to disgorge the van’s contents in our respective houses (for we are neighbors both in Basel and in Gascogne), then we gunned it to Marseille, some 600 kilometers away to the east, to visit the house of another Basel neighbor, Paul, who had kindly offered a couple of excellent, albeit unwanted, pieces of furniture. On the next morning after a reviving overnight involving food and wine chez Paul we heaved the furniture into the van and pushed on back to the Gers. While in Mansonville I rather fortuitously and spontaneously made the arrangements (in direct consultation with the Mayor) for the appropriate siting of the main drains connection on our property and I also made my obeisances to those who look after the house, which now has significantly more furniture in it than before, including our battered old three piece suite, bought over twelve years ago, that has been through much in the way of children, dogs and assorted sofa-sleepers and so now thoroughly deserves its quiet and dusty sun-stream jubilee.
Alli, Ella and Gwen were in England for a week and saw friends and relations. Getting ready for an imminent move of house we ordered a three piece suite from England but having sent the old suite into retirement and what with delivery delays and dozy receptionists we are not yet in possession of the replacement. Neither are we yet in possession of the proceeds from our house in the UK or, consequently, the house we are after in France as the chain broke down a few days ago. We are back to hoping that someone buys someone else’s house (repeated) so someone else can buy ours.
My 52nd birthday occurred and we all went out to dinner. Jessie composed a special piece of music for me and recorded it and other compositions and pieces that she had composed and played on a CD. The composition, one of three that she is entering as her contribution for the International Baccalaureate, is utterly brilliant and, having bored others with it too much at first, I now play it secretly when no-one else is around. The same weekend I went with Jessie to see Wagner’s Der Fliegende Hollander at the Basel Theater with the Basel Symphony Orchestra. The stage concept was bold, involving some re-writing of the plot itself, thus some way away from the original, but it was enjoyable, challenging and involving. Alli and I also celebrated our 20th wedding anniversary – what a result! What a journey! What a partnership! Er, I forgot the card. Long story. But it really does not seem that long since we walked together out of a church into a bright, windy Norfolk morning as husband and wife.
Basel’s Fastnacht has been and gone and very largely we all missed it, although Jessie, who stayed in Basel while the rest of us were away, went again to the opening Morgestraich and was often in town during the three days. Ella and Gwen had seen the local parades in Oberwil the weekend before. They also went to see the School Play Bugsy Malone, which featured good performances from many of our neighbours’ children. Gwen has been winning swimming medals in the School Gala, coming second overall in both her races. Jessie went for another weekend’s skiing in Verbier and has taken her Mock Diploma exams, obtaining encouraging results. Now it’s back to revising for the big ones in May. She also appeared in a very entertaining evening of dance, song and acrobatics, with others in and around Basel who study with the LT dance group. I am back to biking to and from work as the weather slowly improves, and I even managed to mend my own gears after I had carelessly left the bike outside over one of the coldest nights of the year when the temperature was so low that the gears actually froze and would not when thawed assume their previous settings.
In Oberwil and everywhere else in the vicinity the local council prohibits bonfires in gardens, and instead offers – for a fee – to render all your garden brush, twigs and branches into wood chippings if you stack everything neatly by the side of the road on a given and pre-arranged day and attach a ticket to the scrub. So I spent much of one weekend engaged in a major clearing of the garden ready for the startling spring growth. A couple of weeks earlier Alli had daintily and painstakingly done a similar task on the finer aspects of the edges and margins, pots and cuttings, lawn, borders and steps whereas a week later I sweatily chopped, huffingly sawed and raspingly hacked my way through whole hedges and bushes galore, ending with a not-so-tidy pile three meters high, eight metres long and two metres wide, ready for reduction to a small mound of chippings no more than two metres square the following week. It’s a prim conclusion but it sure beats driving off the edge into the Grand Canyon.
Yours in free fall
Lionel 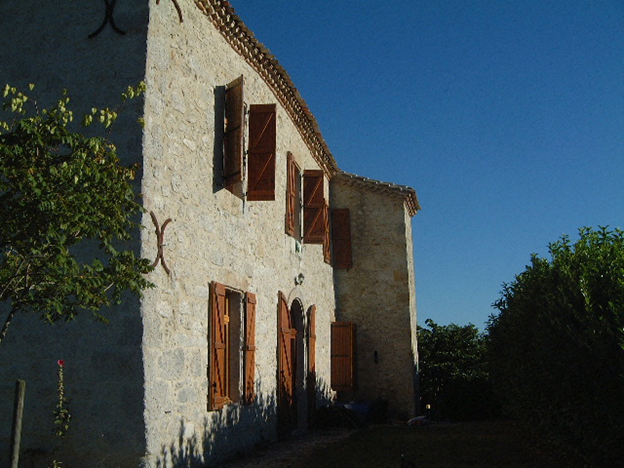 Ahem The expression “making hay while the sun shines” was[...]