Ahem,
We have spent much of the month closing in on a house just across the border in France, in the village of Leymen, where the ultra-efficient Basel transport system also extends. This makes the village unique as a French bolt-hole, comprising bars and restaurants and rural Gallic va-et-vient, also providing a direct tramline into Basel, a reasonable run to the International School as well as to my workplace. This news is due to the emerging possibility that our house in England may be sold in a suspiciously synchronous development. It also means that we may, for the first time ever, be property-less in Blighty but proprietors of no less than two French houses. I think my mother, (descended, as she would say, from the Cléments of Normandie), would be utterly delighted.
I spent a week in Brussels and London on business and managed to visit several good friends from the past and the present in between meetings. Most historically I re-connected with Adam after a gap of nearly thirty years and by the end of an evening in Leicester Square full of reminiscence and rediscovery scarcely noticed that there had been any gap in our relationship. We exchanged and read letters that we had sent each other in the mid-70s, finding ourselves purposeful again in our youthful correspondence. How extraordinary it was to be able to connect so easily after such a long gap. I was entertained royally in Walton on Thames by Fionnuala, her husband Andrew, and indefatigable daughter Evelyne. In Henley I had dinner with Jane and Sue, whom I had not seen in about 20 years. On the morning after I gave a speech to a gathering of quizzical chemists on the subject of truth and reality in scientific communications, deftly illustrated by slides depicting the paintings of Seurat and Monet, and featuring the aphorisms of Aristotle, Zappa and Jung. There were no questions afterwards.
Snowfalls continued through the first part of the month and apparently the skiing around here is the best for years. Jessie went to England for a quick weekend to look over Warwick University and now feels that this is her preferred option if her grades allow her the liberty of this decision. It’s a campus university and it appeals to her for this reason. I am, it must be noted, unpracticed in having a reason to go to Birmingham, but I am sure I will get used to it from 2010 if I have to. Jessie’s gap year intervenes before this challenge: she is setting up a fascinating itinerary of work and play, starting in Brussels from August this year, continuing to New Zealand in early 2010 and possibly finishing in Southern Africa next summer. Back here, Ella performed a couple of songs with her guitar at the school’s Arts Evening and has been turning in some great results in her Middle Years Program. She finished last term with the excellent overall score of 6.2 out of 7.
The quiz night in fancy dress at the school was a bit of an anti-climax, to be honest. We had assembled a dozen high-IQ trivia specialists, capable of answering abstruse questions in all the available categories from music to mountain regions. We were confident that we would carry off the prize, while our Mad Scientists costumes and table decoration, complete with test-tubes, rubber tubing, blood-stained lab coats, dead rats and dry ice, would be a shoo-in for the fancy dress prize. On a disappointing night we were, frankly, lackluster. We underperformed, often changing our minds at the last minute from the right to the wrong answer, our best minds more nonplussed than nonchalant in answering the questions. At the end of the night we had eaten and drunk well but we had finished in the bottom half of the quiz league in the kind of position more associated with Blackburn Rovers than Manchester United. Talking of which, I went with Ella to Upton Park with tickets kindly arranged by a sportswear manufacturer and actually managed to see the Hammers win. Now, there’s a top-half result!
Yours with multiple choice (save the US spelling, mandated by Microsoft),
Lionel 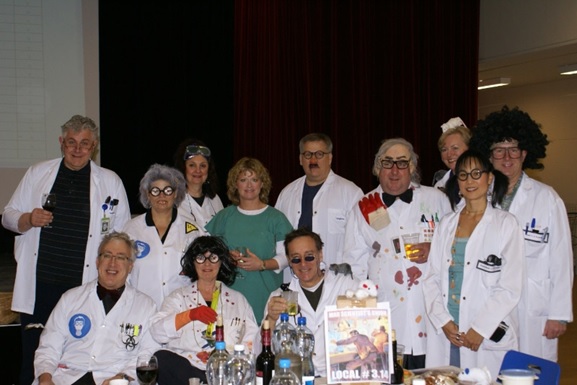 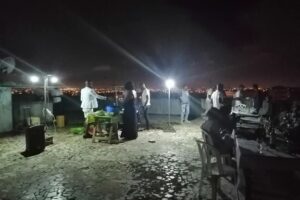 Ahem Sailing and I have never been close. My brother[...]