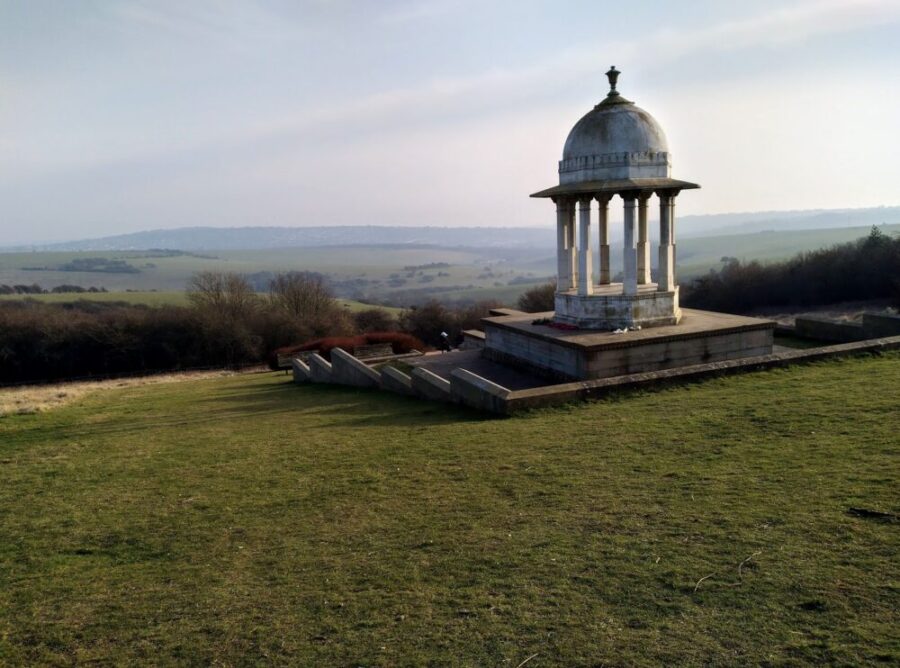 We’ve been thinking of renting a cottage on the Isle of Wight, if it’s not too dear. But it might well be. Alli nearly booked a place in Bembridge on the south east coast a couple of months ago. However, we held back as the owner would not return deposits to renters once they were paid in advance. Then she researched and reserved a cottage in St Helens, thinking the deposit to be reimbursable. Unfortunately it wasn’t, and we spent the morning trying to cancel the reservation after trying to clarify a change in the stated provision for dogs, realising that the operation was a scam: deliberately captive, misleading, and confusing. It is still not clear if we can get our money back. If our experience is anything to go by, attempts to swindle people online are proliferating and getting very difficult to recognise, handle or repel. Consumer and customer rights seem increasingly to be ignored; frauds and scams are becoming legion. About twice a week I am told that I am about to be charged, imprisoned, invoiced, foreclosed, unless I buy bitcoins, give my NI or bank account number or pay for an unexpected package. It has all topsified since Brexit, the biggest and worst scam in modern history. And over the past few months I have been locked in closed circuit algorithms of depersonalised customer relations with Paypal, Huawei, PO National Savings, eBay, Google, my banks in Switzerland and France, O2 and Orange, none of whom give normal human access or the benefit of the doubt to a customer whose question is outside the corporate script. Most recently I have been accused by Huawei UK of ‘tampering’ with my phone after it stopped working. After keeping the phone for over a month, Hauwei’s ‘team’ wrote a false repair note and blacklisted me. Huawei now won’t listen to or read my account of the issue and won’t repair the phone despite its valid guarantee and my innocence of the charge.

The expansive Broad Oaks garden, of which we are now seeing a lot more, has the advantage of being large and fenced, even if the grass is turning into moss and leaf mould. Ella and Sam’s dog Maisie has been visiting us a couple of times a week during the early mornings and the garden has become a favoured location for her. She runs tirelessly after the balls that we throw for her. But her enthusiasm can be dangerous as she hurtles after them with her eyes closed like an unguided 30kg missile and in a direction that she has only vaguely determined from the general posture of the ball-thrower. On one recent occasion while running after a ball, she galloped head-first into a wooden fence-post which, old and weathered, cracked loudly and broke. Maisie hardly felt it. She and Max have now met nose to nose in the garden. Maisie’s puppy assumption that all other dogs are enthusiastic and inexhaustible playmates has been cast into question by grumpy old Max who has not taken kindly to her attention, as we all knew he wouldn’t. But at least they have interacted. Maisie may now start to sort out which other dogs are fun and which aren’t. 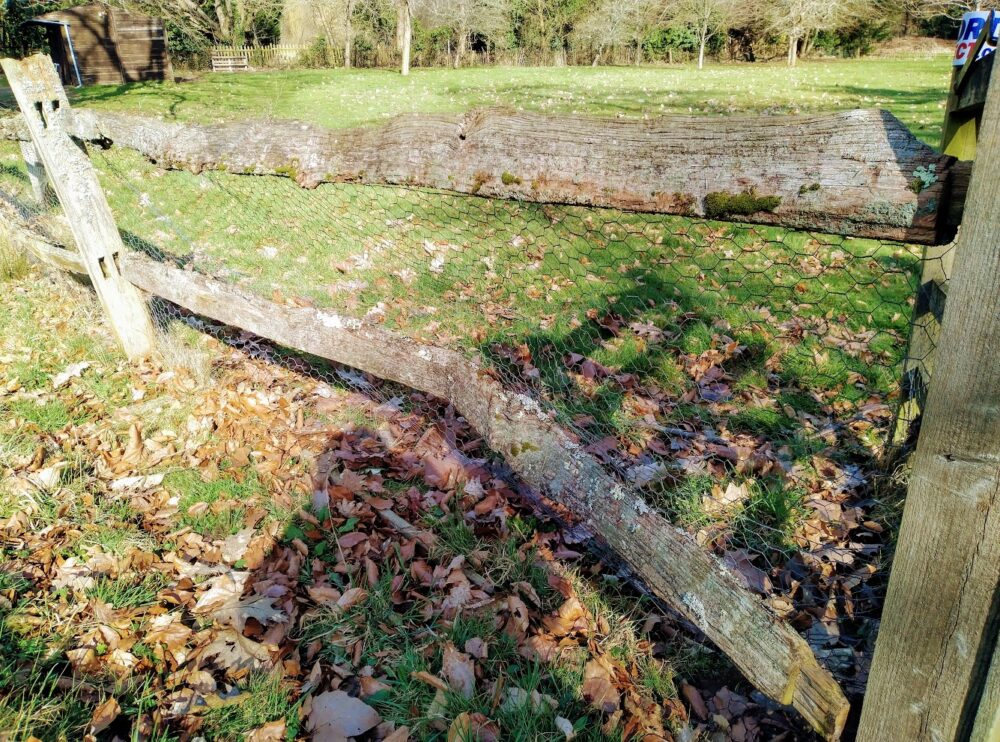 I received many greetings and thoughtful presents on a distanced birthday party on a fine afternoon in the garden with champagne, oysters and small chop. It stopped me temporarily from doing the garden or digging the weeds, or from being handy by building our temporary greenhouse from a kit with a Chinese picture guide. But to my surprise a few days later I built the greenhouse, complete with shelves, finding the task easier than I had feared: a doddle compared to a small Ikea table.

One morning Ella and I drove into Brighton and I walked along Brighton’s seafront with Jessie, Jurrat and my niece Sophia. We bought Riddle & Finn’s lobster sandwiches which we ate in partial comfort on the pebbles. It was a rare outdoor luxury, while the sun hid behind clouds, allowing a sharp wind to test our coats and scarves. Alli and I celebrated our 32nd wedding anniversary at the end of the month, realising that the original celebration for our 30th would have to be postponed once again. We also had the initial AstraZeneca vaccination. The word vaccination was coined by surgeon Edward Jenner in 1796 after he proved that a small infection of cowpox provided a defence against the world’s most dangerous and deadly disease: smallpox. He observed that milkmaids, most of whom had caught the relatively mild cowpox, never got smallpox. Jenner was a hero and not just with milkmaids. Without publicity or ceremony, he vaccinated thousands of people in his garden in Gloucestershire without charge, making all his pioneering research on vaccination against smallpox, which was then successfully decimating the world’s population, freely available for ever. Jenner became internationally famous for his commitment to free vaccination, which later became one of the founding principles of today’s beleaguered NHS.

18 hours after my Covid vaccination I had side effects which flattened me for 24 hours. My lights had gone. Aches everywhere and no capacity to think. So I spent most of the down-time watching Parliamentary debates and premier league football matches, all of which ended as goalless draws. Who could ask for more? Well, my hair for a start. I’m lucky not to be losing too much of it as I get older. In the absence of haircuts, my hair grows fast but with a mind of its own. I have never been sure how to comb, part or style my hair when it’s longer. I wake up each morning looking like a horrible cross between Ken Dodd and that pop-eyed Wetherspoon maniac. I find that my hair arranges itself more comfortably with a different parting. I have now granted its wish. So the parting on the left is now the parting on the right.

I managed some quality dog-walking again this month: mostly on, across and around the glorious South Downs. I visited the ethereal but slightly ramshackle Chattri Memorial; crossed from the Jack and Jill windmills up, down, under and over the Beacon; revisited Lodge Hill via the Oldlands Mill walking with Ella; skirted the Iron Age fort at Devil’s Dyke; topped Plumpton’s Black Cap; and rounded the defunct Hassocks golf club. 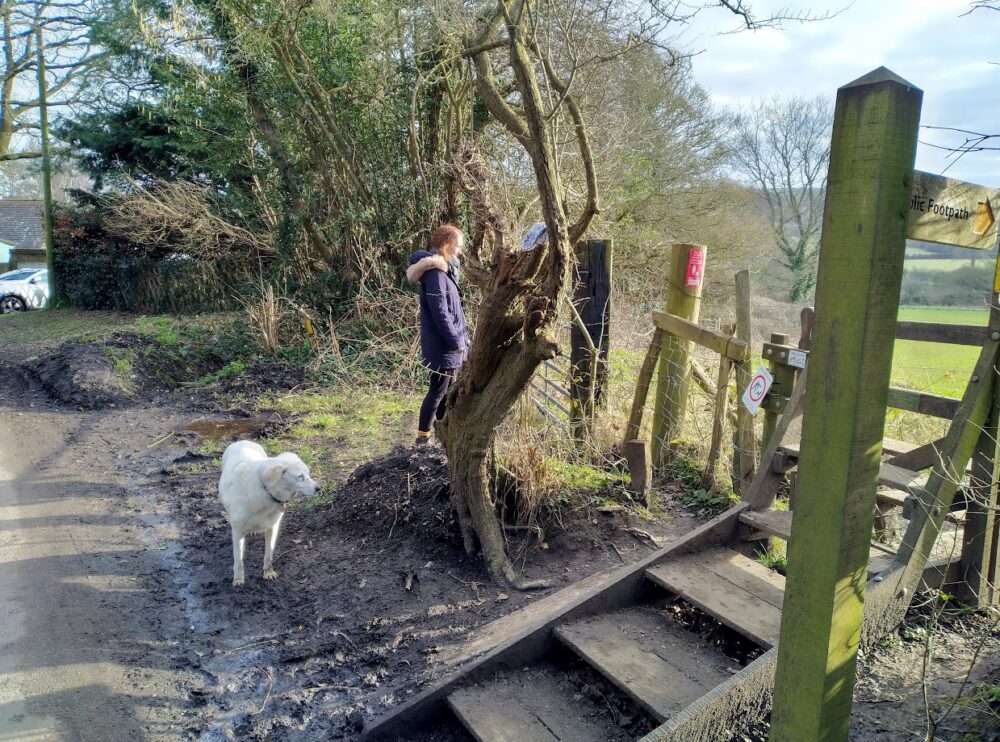 The dogs and I also circumnavigated the Ardingly reservoir, filled by the Ouse; tracked from Upper Villas through downland woods and wide fields to Stanmer Park and village; upped the Downs at gusty Upper Beeding and Combe Bottom; traversed Wivelsfield’s hundred acre forest, and crested Truleigh Hill after braving the Fulking Escarpment and a polite encounter with a lady hiker in a knitted sweater who sang trillingly in the ghylls. I finished the month without most of the back pain that I have recently been suffering, and for which regular chiropractic has also been effective. 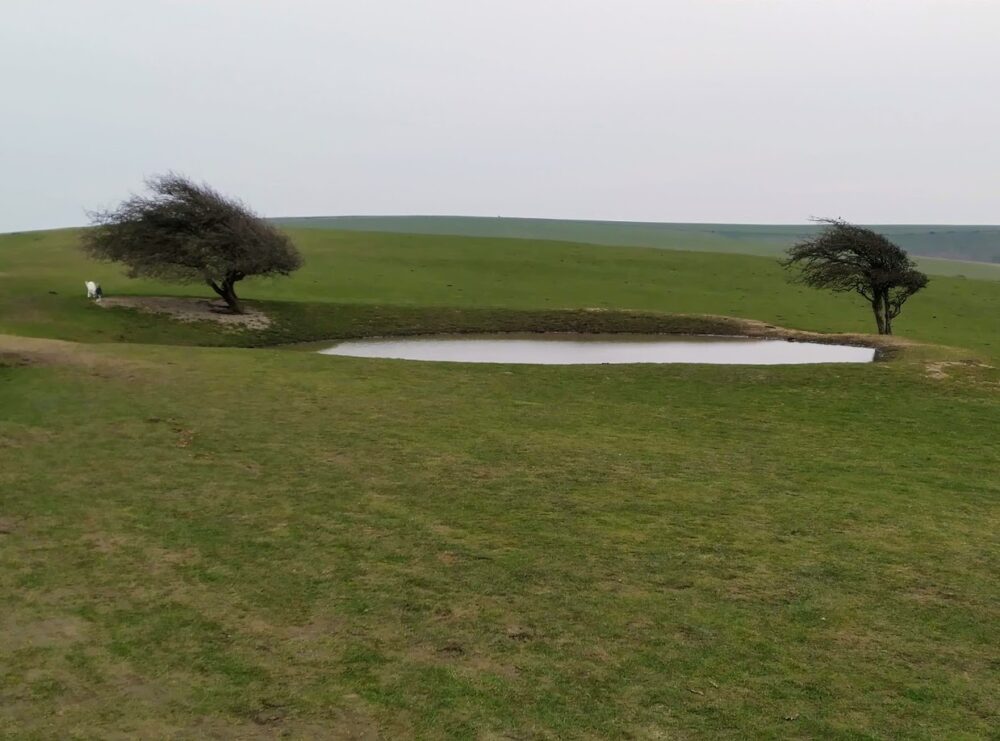 Windswept dewpond on the south Downs

This is the 200th Ahem I have written and sent since June 2004 (and monthly since January 2005). All 200 are posted on my web site www.clement.co.uk. Ahem’s distribution has gone from five to over 200 friends and family and I am now unable not to write them. Thanks to those who read, skim, tolerate, approve, disapprove or criticise them. I do not deny that mine is a partial and often controversial view of the world. Send me a post-card, drop me a line. I appreciate all comments. A Happy Easter to all.

yours sincerely (not) wasting away,