The process of moving into my new home, a villa in a half-gated lane (see photo) close to the Rue des Jardins, was quickly completed, thanks to Mohamed having done most of the heavy lifting while I was away on holiday. Two Ramadan-related public holidays made my first week back easier than expected, and I stayed indoors for much of my free time. Our family managed another intercontinental conference call for Fathers’ Day with Alli in France, Jessie in Bangladesh, Gwen in Australia, and Ella in England. It sounded like everyone was in the room with me, and we are definitely getting the hang of those split second pauses. In mid-month, the rainy season re-erupted with several dramatic cloudbursts and downpours, but none worse than the night of 18th June and early morning of 19th June, which turned into a major flooding incident throughout Abidjan and was reported internationally. Facebook even had a “Disaster – I’m reporting in OK” box to tick. I didn’t as there is something faintly ridiculous about Facebook’s desperate marketing algorhythms, and I would hate to reassure anyone that I was OK when they had never thought that I wasn’t. I had gone to bed very early that night feeling terrible, with a high temperature and the shivers. As I wrapped myself up in my only blanket, the rain was hammering hard down outside on the tin rooves. It was somehow very comforting, reminding me of past instances, but it got heavier and more insistent throughout the night, with electrical storms following each other around the lagoon area. I awoke many times throughout the night to the pounding of the rain, the gushing of water from regurgitating drains, and the slow swash of distant cars passing carefully through roadside lakes. The next morning I awoke feeling clammy, as if I had spent the night swimming in gelatinous cold water, but my fever had gone. The online news revealed that several districts of Abidjan were seriously flooded, twenty people had died, and hundreds of homes were washed away. Large crocodiles were even stranded on the streets of the capital, hitching rides to the nearest lagoon. I received a note from the company’s emergency services advising staff not to go into work from certain districts. My own district not being one of them, I made my way slowly after the rain stopped but my route did not take me past any of those hitch-hiking crocodiles. https://www.facebook.com/aregialedis/videos/1827051834038510/

The rain continued determinedly if intermittently for several days, and provided a reasonable excuse for watching the World Cup elaborate through its early and slower moving stages, although there were plenty of outdoor venues where the matches could be seen as well, and I also spent a rain-drenched day in Assinie. But I watched one match on a Saturday morning in a pleasant sunlit café while enjoying a croissant, café au lait and omelette. I also reacquainted myself with my new local, the Jardyland, a louche bar that offers every Friday evening British-style fish and chips wrapped tidily in newsprint, plenty of comfortable chairs, a TV corner, an antiques corner and an errant pet doe. For the England game against Panama, I raced round with my rattle and rosette, expecting to join a cheery, noisy crowd of friendly, boozy Englishmen there and found myself like a complete loser on my own, clapping politely into a great dark space every time England scored. I went for a CT scan on my knees and was not particularly surprised to find that I had osteoarthritis in both. It has been six years since the last scan when a Swiss doctor assured me I would be in a wheelchair in three years (and that was about my hips), and such a recourse still seems some way off both in accuracy and timing, but I am now faithfully following the local doctor’s prescriptions and no longer planning to play tennis or football again.

Although my French must have improved over the last twenty months or so, it does not feel like it. I am speaking a version of French even further from the Rive Gauche than Montreal or Montauban and so I am sometimes less understood by many French people than by Ivorians. Some mistakes are inevitably creeping in due to misunderstandings but others simply because my spoken French was never particularly good. It is many months since I cheerily thanked a man for fixing the hot water because I could now wash my horses in the sink. But it reminded me of the literary magnificence of the noble mondegreen, and have been trying to identify some in French without success. A mondegreen is a misunderstood, mis-heard or misinterpreted word or phrase, often from the lyrics of a song. For example, my father told me that he always thought he heard “Elephant’s ears”, as the last line of the chorus in Verdi’s aria “La Donna e mobile”, which was in fact “e di pensier”. “Spitting image” is also a mondegreen, a mishearing and syllabic split of “spit and image.” Some have always thought that Jimi Hendrix was singing “Excuse me while I kiss this guy”, and everyone thinks that Eric Burdon’s mother “sold” his new blue jeans.

The word ampersand is another mondegreen, a corruption of the phrase “and per se and”. The ampersand originated around the 1st century AD as a combination of the Roman cursive letters E and T (Latin for “and”). And the word mondegreen is itself a mondegreen (which makes it also eponymous), as it started life as “Lady Mondegreen”, a misinterpretation of the line “laid him on the green” from a Scottish ballad that became popular in the 1950s: ‘The Bonny Earl of Murray’. In a similar vein, I had to let the profoundly devout Mohamed know that one of his tee shirts, on which is inscribed, quite literally: “F#@K” (literatim) would not necessarily be appreciated everywhere. I had to explain this in French and realized that my translation of the offending word as “foutre” was correct but had vastly diminished impact compared to the English version. This was due to the word also meaning a lot of innocent things as well, such as to put, to do, to not care etc. It recalled my minor irritation about clothes with written texts or messages on them. Nobody should assume that people wish to hear from your shirt, let alone your hat.

Yours, just doing it 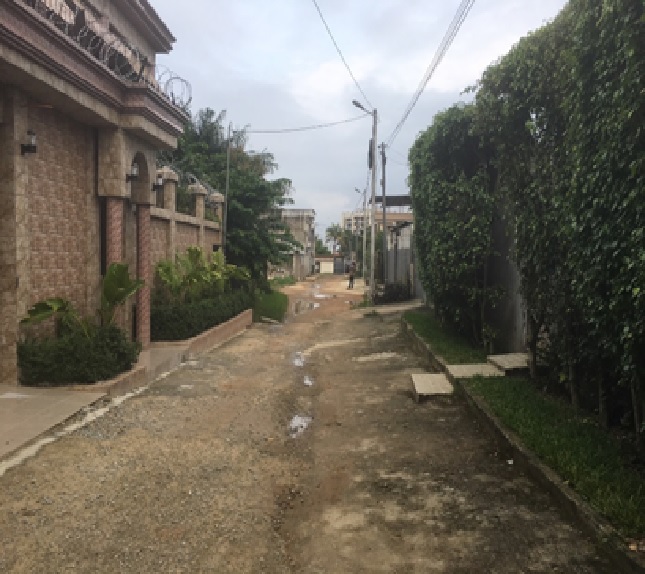 Ahem The bureaucratic contortions of sending a dog from Switzerland[...]