Words – much more than their subjects – are almost immortal. Since words survive the chops and changes of time far longer than any other substance, they are, effectively, permanent. Buildings fall; businesses wither, promises are broken, trees die, water dries, even the earth perishes. But words, if properly used, live for ever.

Words are full of echoes, memories, impressions, and associations. It is not for this that they cannot be trusted. But they are of doubtful character. They are liars, thieves, cheats and scoundrels. They have hung out, stopped out and messed about. They have been on people’s lips, overstayed their welcomes in people’s houses, sprawled on their seats and slept in their beds, loitered in the streets and hung around on corners, dawdled in the fields, dragged through hedges, and stepped over gates for years, centuries, millennia. And that is one of the difficulties in using them now — that they are so chock-filled with allusions, associations, meanings and memories that they have baggage that clutters and bangs around their ankles. They are shameless, shifty, and recalcitrant, for they will not always tell you where they have been, whom they have been with, and least of all what they have done.

And words have only themselves to blame. They are the wildest, freest, most irresponsible, most unteachable of students. Of course, their images can be caught, sorted, listed, and placed in alphabetical or some other order in dictionaries. But words do not live in dictionaries; they live in and all over the the mind, in its mainstream and in its crannies. Think of how often in moments of urgency, passion or emotion we cannot find the right words. Yet the dictionary is accessible. At our disposal are thousands of words, all in alphabetical order. But we can’t use them properly because words do not live – are not alive – in the suffocation of dictionaries.

And how do words live in the mind? Variously and strangely, much as human beings live, by wandering around, falling in love and lust, mating together, getting together with casual acquaintances. It is true that they are much less bound by ceremony and convention than we are. Royal words mate with commoners. Vicars with tarts. English words marry French words, German words, Indian words, African words. Words are everywhere many times caste, of mixed race. Indeed, our own Mother English has quite a reputation, whichever accent may be used. For she stops out a lot. She has been around the block. She has a “colourful” past.

So to lay down any proscriptive rules or laws for words is almost completely useless. A few trifling rules of grammar and spelling to ensure clarity of sense amount to all the constraint we can put on them. And even most of these are unworkable, allowing more exceptions than rules. There is greater respect in the English language for eccentricity than for clarity. Where else does the phrase “the exception proves the rule” make sense?

Certainly words are transient. We can say also that they are over-sensitive and far too self-conscious. They do not like to be the subjects of critical discussion. Thankfully for all of us, they are also highly democratic and very populist; they will also believe in equality (and not just of opportunity), and that one word is as good as another; uneducated words are as good as educated words, uncultivated words as cultivated words, swear words as sacred words (and even these are sometimes one and the same). There are no ranks or titles in their society. They do not like being lifted out on the point of a pen and examined separately through an eye glass.

Words lie between the lines of age, triumphant in their ambiguity and in their temporality, celebrating the progression from past to present to future. And they really hate being useful; they hate being “leveraged” or being used to make money. They hate being lectured in public. Words also hate to be used for hatred, abuse, disrespect and division. They make sarcasm and cynicism really difficult, especially in written form. In short, they hate anything that gives them just one meaning, that binds them or confines them to one attitude, for it is their nature and their prerogative to change without warning or explanation. They hang together, in sentences, in paragraphs, sometimes for whole pages at a time, and often for no particular reason.

Perhaps that is their most striking peculiarity — their need for repeated change. It is because the truth they try to catch is many-sided, and they convey it by being themselves multi-faceted. Thus they mean one thing to one person, another thing to another person; they are unintelligible to one generation, obvious to the next. And it is because of this complexity that they survive despite our refusal to give words their liberty. We try to pin them down to their most useful meaning, the meaning which makes us catch the train or the bus, the meaning which makes us pass the exam or get a job. But when words are pinned down they just fold their wings, the colour drains from their skin, and they expire soundlessly. Like ourselves, they need privacy. Undoubtedly they like us to think, and they like us to feel them before we use them; but they also like us to pause; to be still, to be quiet. Our unconsciousness is their privacy; our darkness is their light. 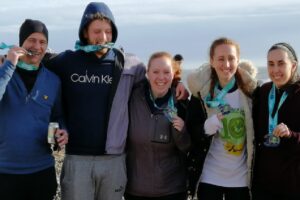