Concerned about over-staying my Latin welcome with the eternally hospitable Pickup Tennysons of Olgiata, I accepted an offer to look after another house and garden in the same neighborhood, and started to lead a more ascetic existence than I had until then. This was excellent preparation for another move after two weeks into the heart of Rome for a few days to look after a flat and a cat. My new abode was a tiny studio in a small alleyway (vicolo) a cobble’s throw from the Vatican, ideal for calm meditation, gentle contemplation and restoring contact with my feline self, dormant for over fifty years since I woke up in the middle of the night with a tomcat called Lewes sitting on my face. Cat-sitting hasn’t ever been on my bucket list, but Oscar was a docile fat grey Vatican cat who cared little who was around as long as he was fed, so we got on fine for the five days that I was there, although he was as unpredictable as, no doubt, I may have seemed to him. While there, I took the opportunity to walk around central Rome, and went to the Villa Borghese, the National Gallery of Modern Art and the Galleria Borghese, where I saw many of the most famous paintings by Caravaggio as well as several extraordinary sculptures by Bernini. I saw the Ara Pacis, an altar dedicated to the Roman Goddess of Peace, and several highly decorated churches. I also walked the length of the Via Corso, where I bought myself some trousers, climbed the Spanish steps and reviewed the building site at the Fontana di Trevi.

Ferragosto in mid-August is the national Italian summer holiday and absolutely everything and everyone closes down, goes away, checks out, tunes out and turns off. Romans head for the hills or the beaches, and the city is quiet and drained, bleached of colour and bereft even of movement except for straggly lines of tourists making their way with tooth picks around the Forum, mountaineers seen from afar. I rejected the opportunity to join the crowds at the beach or in the popular central areas, and hunkered down in the tropical suburbs to read, write, think, water lawns and even to shop and cook. I did manage some outings, spending one morning strolling around the palm-rich Orta Botanica in Rome (in fact a footslogging route march in 40 degrees of hot heat) after which the only option was the afternoon back at base camp, mostly to wallow in the swimming pool.

With the Pickup Tennysons I also visited the gigantic and dominant Castello Corsini-Odescalchi in Bracciano. The castle was set perfectly at the top of the hill and had great views across the Lago di Bracciano. On another evening Fionnuala and I went into Rome and managed to catch a glimpse of the inside of the enormous church San Paolo fuori le Mura (St. Paul outside the walls), once the largest in the world, the presumed burial place of St. Paul, sited outside the Aurelian Wall. On a balmy evening we then had dinner at an old-fashioned Indian restaurant that had green flock wallpaper, heavy purple curtains, sepia photographs, all flow-wrapped in traditional Indian music.

I came back to Leymen for a weekend to see my friends Adam, Angela and Eleanor, who had been staying in the house and looking after the dogs. Alli was in Brighton with Gwen, preparing the flat where Gwen will be living, and making sure that her first year in her brand new life as a student in Brighton will be as trouble-free as possible. Gwen is now installed and also has a friend from her old school as a flatmate from next month. It was odd to come back home and see the dogs but not Alli or Gwen. However, Adam and Angela were great company, as was their daughter (and my god-daughter) Eleanor, who is just as intelligent, assertive and determined as her parents. The weekend was made of many colours: the substantial intellectual and epicurean demands of the French Letter Quiz Night, where I played the role of question master, a visit to Germany in the form of a stroll around the Rheinpark in Weil am Rhein after walking across the Passarelle des trois pays from Huningue, a good meal in the Starck restaurant in Neuwiller, a sunbaked lunch in Basel’s Barfusserplatz, plenty of dog walking in and around Leymen, a visit to the IWI charity bake-off in the Markthalle which offered pasties, pies and cakes, a ferry boat across the Rhein, temperatures over 30 degrees and plenty of sunbathing and pool action, topped by a memorable weekend of Premier League football. 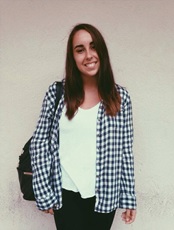 Having picked me up when I arrived, my friend Dawn also gave me a lift back to Basel airport, where I endured a long delay getting back to Rome to complete the last four weeks of my work contract. Once in Leonardo da Vinci I couldn’t find my parking ticket and also failed to remember exactly where I had parked Galahad. I had to empty the contents of my bags on the floor of the corridor and examine each chit, stub, and piece of paper before finding the ticket wedged between the pages of a guide book. Then I dragged my bags for half an hour around the nine circles of Dante’s inferno that constitute Fiumicino’s impenetrable car parking infrastructure before finding Galahad and driving it into a huge squalling traffic jam on Rome’s ring road. Ninety minutes later I made it back to the limpid green calm of Olgiata and expired on the sofa in front of a terrible film about a Russian nuclear attack on Baltimore.

Yours from the ice bridge, 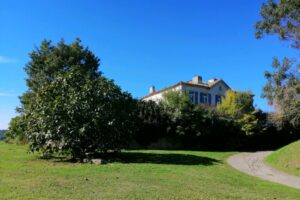