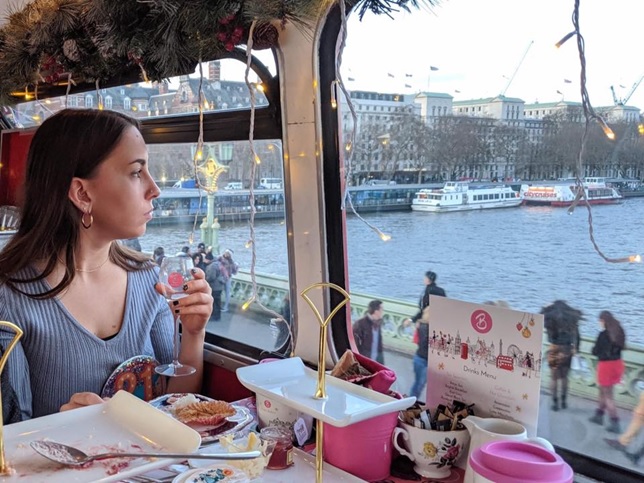 I shall never forget the date of 12 December 1998. It was one of the best days of my life along with perhaps three or four others. 21 years ago my brilliant daughter Gwen Fern was born at the Princess Grace hospital in Haywards Heath. She was underweight and premature. The umbilical chord was wrapped around her neck and had started to tighten so an emergency Caesarean operation was quickly and successfully performed. I witnessed the entire birth holding Alli’s hand and wearing an ill-fitting green surgeon’s coat, and have since forgotten almost all the visual details except the outcome. Bref, Alli delivered a beautiful and much wanted baby girl who became an instant hit with everyone, especially her sisters Jessie and Ella, who called her ‘dinky’. Gwen completed our family in every way, and throughout her life has continued to enrich and enliven ours. Utterly independent, purposeful and wilful from the start, she made her own decisions from an early age, insisting on going to school in England on her own at age 16 before we were quite prepared to move there. She first refused then decided to go to university when she discovered a course (in York) that offered the study of canine behaviour and psychology. She has displayed maturity and wisdom in so many potential areas of parental shock and horror, and in many ways is more of an adult at 21 than I am at 62. She often donated her birthday and Christmas presents in money to charity; became a vegetarian then a vegan at an early age; and has travelled and worked around the world for animal welfare concerns.

She has an international panoply of devoted friends and admirers who visit her and whom she visits regularly. Her 21st birthday featured among other events a fun London weekend which included high tea on a London bus and a visit to the theatre to see Nativity the musical.  Gwen gets her best attributes, of course, from Alli, but I am so privileged to be her father as well as of all our three brilliant daughters who each have their own extraordinary talents, characteristics and personalities. Somewhere in the Koran I think it says that special blessings are due to fathers with daughters: “Whoever (sic) Allah has given three daughters and perseveres through raising them, will have them as a shield for him from the Hellfire on the Day of Resurrection 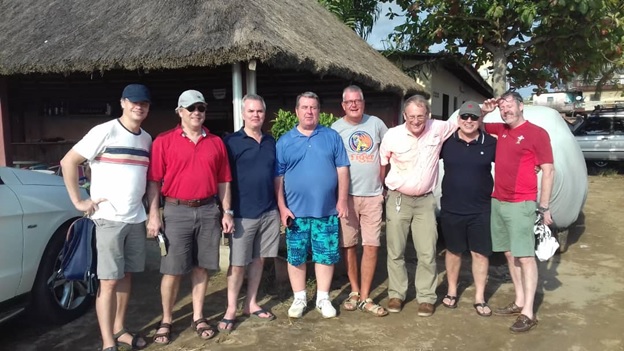 The notorious Muppets of Abidjan, December 2019

My departure from Abidjan was made much easier by kind friends. Among these, the notorious Muppets, a non-violent anglophone version of Abidjan’s microbes, feted me at the Isle Boulaye over a decadent lunch, beneficent bonhomie, rural stagger and a ‘wrap-up’ evening drinking session. Work colleagues gave me the pride of place at the department’s annual dinner; and the seasonal carols, punch and mince pies session at the UK embassy was as enjoyable as ever. I also made valedictory visits to my favourite bars and restaurants, the N’jera, the Jardyland, Le Café d’Abidjan, and the Case Bleue in Bassam, where I went for a last contemplation of the eternal Gulf of Guinea with my Ivoirian friends. I left my apartment at the end of November, then hung and strung out in temporary lodgings trying to keep all my essential and important documents and possessions together. I sorted out what I wished to take; what I would sell or throw away; and what could be stored against a possible return in a year’s time. It began to dawn on me, after nearly 60 years of hording in Europe and three in Africa, that possessions are not what they used to be. I therefore left most of them in a partially rented room in the run-down but upcoming Chateau Angre area of Abidjan with advice that they should be sold or thrown away if I did not re-appear in a year’s time. The immobile Jeep was sold (the second time I have lost thousands on a damned Jeep), and on 17 December I left the Cote d’Ivoire in an existential daze, sensing that somehow, I had left a wide open present for a limited future. The feeling will disappear soon…

Shivery despite Europe’s ‘warm weather’, I was happy to see some life-enhancing friends and relatives on the roundabout trip home: in Brussels, where the Hartnetts’ hospitality extended to allowing me to crash their very bon genre Christmas party. Here I was delighted to meet at least three old friends or acquaintances whom I had not seen for over 35 years, and where I had the odd and sad experience of learning tragic news already decades old. I also visited the Wellington museum in Waterloo. I had lunch with a more recent friend and ex-Bank colleague Astrid, now working in Brussels, and stayed with old friends Laurence, Claude and Corentin. With them I saw other Belgian friends Sophie, Anne and Alexis for a convivial dinner after attending a Christmas carol charity concert given by an excellent South African choir singing isicathamiya, one of my favourite types of African music. In Luxembourg our family was reunited (including Jessie and Ella’s partners Jurrat and Sam) with that of my in-laws the Miles: Anthony, Susanne, Oliver and Sophia. We were treated to a traditional and luxurious Danish Christmas with unremitting hospitality. Had it not been for excursions into the city centre and to the fascinating Chateau de Vianden, I might have remembered the visit predominantly as a continuous four-day feast in which our hosts in quick succession produced duck, ham, beef and pork specialities for all but also vegan and vegetarian delicacies for Gwen and me, although I admit that I looked long and covetously at each meat dish as it appeared and only just managed to stop myself from nicking the meaty leftovers from the fridge afterwards. Jessie, Gwen, Sam and Ella excelled themselves by going on runs of at least three kilometres each morning, in preparation for a forthcoming Brighton half-marathon next month. We arrived back in the UK after Christmas and made plans to continue to earn a living from my new base in Sussex. An early visit to the dentist revealed the need for extensive and expensive (but not unexpected) dentistry, and New Year’s Eve was spent very quietly after Alli’s excellent dinner. However, with Ella, Gwen, and brother-in-law Nick, I enjoyed a dinner party the night before in Haywards Heath with most of the Stewards, the Davises and their friends.

Wishing you all a very happy and healthy 2020 from the dormered annex.

About these laws on mingling, babies, fox-hunting, pub closing times …

The new coronavirus restrictions for England ban people at gatherings[...]

Ahem A man from the mairie (local council) knocked on[...]