Ahem
Ella’s 17th birthday took place on the 20th, and we celebrated by having dinner together in Basel. She had just come back from England, staying with her grandparents in Burgess Hill for three weeks and enjoying the contented pleasure of being there. I also stayed the night there impromptu on a fleeting visit, after visiting the parental grave in Kensal Rise. The main reason for the visit was really to attend the Elizabethan Ball, an old school reunion event (I once swore I would never do this). But this seemed different. It was a general assembly without an age distinction, so there was a fighting chance that I might not actually recognize anyone. And I had bought the tickets some time ago. When Alli told me that tragically she could not accompany me there, as she had a better, albeit later, offer from her friends in Amsterdam, I invited my old Westminster school friend Adam. We arranged to meet with two of our contemporary friends at a pub local to the school, the Two Chairmen near the Cockpit steps. This is a pub where in 1973-4 I had a school monitor’s nightly duty to visit at around 10pm to chuck out any schoolboys I found there. My tally on this was nil, but coincidentally I was bought a lot of drinks. So Adam and I met Charmian and Sarah and their partners there for a first drink. To my disappointment once the event started we became separated amidst the hallowed throng of Old Westminster pupils after wandering around some unusual parts of Westminster Abbey on the way in. Adam and I then spent much of the evening searching vaguely for men who looked about 53 years old, like us, but we failed to find any. We did manage to see Peter Asher on stage in the marquee playing his 60s single-hit “World Without Love”, and in the college garden (in which I had never previously set foot) we saw some interesting Super 8 film of past school events. I stayed overnight in Adam and Angela’s providentially located flat in the West End, and saw again my god-daughter Eleanor Berenice, the happiest baby in the world. On another breathless visit to London I went to see my friends Fionnuala and her husband Andrew. Just before a fine meal and copious amounts of wine and brandy I sat in their garden and watched thousands of lorikeets streaking across the dusky sky above Walton-on-Thames, on their way to roost at the local rugby club.
My hair has become grumpy, difficult and thoroughly uncooperative. Overnight it has lost its spring, its bounce, its ability to become shaped into a socially acceptable form for the working day. Whenever I comb or brush it now it simply re-assumes the shape that was impressed upon it after a night’s wrestle with the pillow. I am sure that its sudden lack of flexibility represents yet another stage in the aging process. It is simply losing the ability to get back in shape after a night patterned from the bolster. The humble pillow is thus now an overnight permanent wave creator. I think it also explains why so many men cut their hair short or even shave their heads when they get older – it must be because they can’t quickly brush it successfully any more into the shape they want it to be.
Jessie has enjoyed being busy back in Basel. She managed to get a temporary summer job at my company, involving actual work, so we have been cycling together into the city on some of the bright and warm early mornings. Any notions I had about being fit have disappeared as Jessie overtakes me at will and at any time on our way there or back on the journey. Last week, her lifelong friend Jenny stayed with us for a few days and, following her departure, Jessie has gone for three weeks to Winnipeg, Canada to visit her friend Jennalyn. We will see her next at Toulouse airport in three weeks.
The chicken run is close to completion, and we will import the hens after our holiday. We have also been eating lettuces and beans from the vegetable garden for a few weeks, as well as redcurrants, blackcurrants and raspberries, which Alli turned into a memorable summer pudding. The tomato plants are starting to yield, but most will be ready just as we go away. Alli made some cordiale from elderflowers from the tree at the end of the garden. There has also been good progress on the pool house restoration, following my controversial revision of the plans. We have hosted some memorable barbecues this month, one marking the departure of some close and dear friends as well as thanking my project director in the making of the henhouse and run. Another assisted Jessie’s umpteenth party for her friends and a third brought together some good local friends. Bonnie has had another canine friend, a yappy dog called Tiggy, to stay for some days, so for a time we had three dogs, counting our lodger Tequila. They have been discomforted by the hot weather, although after my daily cycle ride from work, I tend to drop straight into the swimming pool. Now there’s luxury.
Yours from the lap,
Lionel 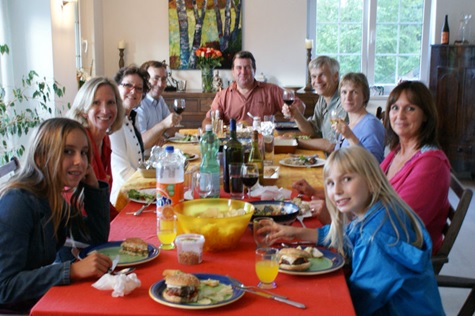 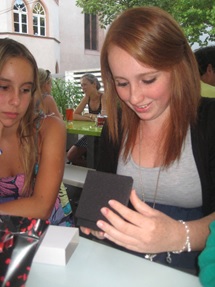 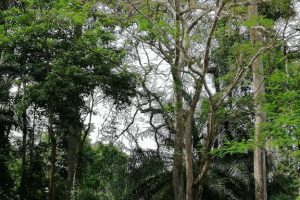 All forested areas around the world from woods to jungles[...]