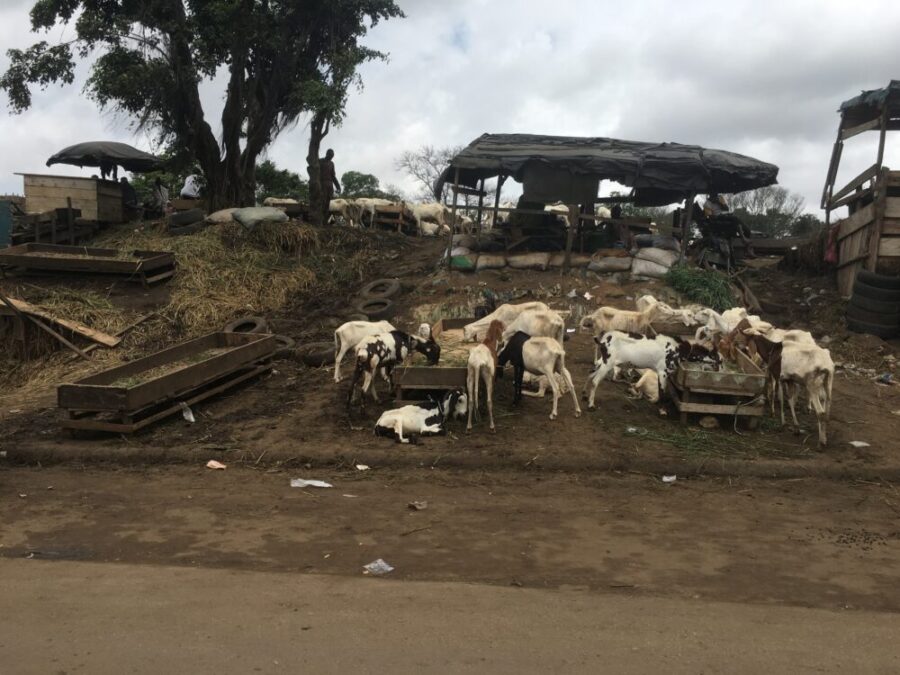 Phase out animal agriculture? It’s the quickest and only intelligent way to reverse climate change. But is it the easiest way? There seem to be few candidates for a genuinely easy way to stop and reverse climate change, but if people in their billions stopped buying and eating food made from or by animals over a defined period of time – manufacturers and food processors would have no choice but to adapt to the market requirements. And guess what – this is of course the current trend throughout the developed world.

The phasing out of animal agriculture, essentially reducing then eliminating meat consumption, would offset almost 70% of the heating effect of the emissions caused by meat production through to the end of the century, and give humanity more time to end its reliance on fossil fuels, according to a new study by scientists from Stanford University and the University of California, Berkeley[1].

The study calculated the impact of a global phase-out over 15 years of animal agriculture on atmospheric greenhouse gases and their greenhouse impact. It found that such an action would all but halt the increase of greenhouse gases for 30 years – the same effect as a 68% reduction of carbon dioxide emissions through to the year 2100, providing over half the net emission reductions necessary to limit global warming to 2 degrees C above pre-industrial levels, the minimum threshold required to avert disastrous climate change.

While the complete phase out of animal-based agriculture was projected to have the largest impact, 90% of the emission reductions could be achieved by only replacing ruminants such as cattle and sheep, according to the model.

It is not the first study to show that ongoing emissions from animal agriculture are contributing overwhelmingly to global warming. But it is the first to quantify the reduction of negative emissions by eliminating livestock from the equation.

It means that the carbon dioxide released into the atmosphere when forests and prairies are replaced by plants and grazing lands can be converted back into biomass as livestock are phased out and the planet recovers, with much of the benefit realized by 2050.

Many reject the idea that billions of people across all the continents can be convinced to switch to a plant-only diet within 15 years. But other behavioural revolutions have happened in far less time.

Everything is impossible until it is done, to quote Nelson Mandela. Much of the world has moved to a world dominated by digitalisation and social media, some without properly realising the extent of the change.

Social attitudes towards food are far from fixed, as anyone over 30 living in Europe or the USA will be well aware. 500 years ago, there were no tomatoes in Italy. Before the early 1960s, nobody in China had ever drunk Coca-Cola. Mutton was once the most popular meat in both the USA and the UK, where until quite recently there used to be a popular product called Spam, whose name is now almost universally associated only with unwanted emails. There are many rises and falls in types of food consumption.

New technologies have created plant-based meat and fish that are beginning to rival the real thing in terms of taste and texture. When these sensations are finally replicated, there may be no good or logical reason, collectively and personally, to continue to require the dead carcasses of millions of animals for sustenance.