In the time of snow, always turn left not right at the motorway that goes through Basel. This Confucian statement appears to be true and it means that if you are going skiing just for the day it’s better to go to the Black Forest in Germany or the Alsace in France than to the Swiss resorts south of Basel. We had a first outing (at least, the first one featuring Gwen and me in full ski gear – quite a sight when standing together) in Belcher, near Feldberg in the Black Forest. There was a magnificent view from the top that extended right across to the Alps, and we could see the canapé of mist that had lain over and enveloped the whole plain looking right back nearly 80 kilometers to Basel where there was an extra plume of cloud caused by the pollution from the big incinerator plant there. After several years’ not skiing I had fear, whereas Gwen had none. Our neighbour Mark kindly and expertly taught her the basics of skiing during the day. Six or seven times we all went down the green slopes with Mark helping Gwen to ski and with me just trying to keep up with them while transfixed with terror.

The next weekend we drove south, turning right onto the motorway. Langenbrucke was just a sloping field with a very rudimentary and creaking pulley and a few hand-holds, and two routes down either side from the top of the slope. I never quite managed to avoid an undignified exit from the pulley and repeatedly made dramatic and involuntary staggering movements as I tried to bring my skis back into balance after letting go at the top. Gwen was a lot better at it and was skiing fluently and repeatedly down the hill, “lapping “ me several times in the process. We went up and down perhaps ten or twelve times on either side of a simple sausage and bread lunch, then later in the afternoon Alli’s feet and hands, and the shivering Tyson (our borrowed dog for the weekend), told us all that it was time to take a snow check.

One Saturday morning we awoke to discover that Jessie was not in her bedroom. We rang her mobile and she replied saying that she had not been able to get into our house the night before. She had rung the doorbell repeatedly, phoned our number, sent text messages to our phones, and hammered on the doors and windows. We had gone to bed fifty minutes earlier than her arrival at about midnight, and after going to sleep we had not heard a thing, having left the key in the lock on the inside. Jessie had eventually gone down the hill to her friend Bailey’s house and stayed there. Alli apologized to her and wondered aloud whose fault it might have been while looking me straight in the eye.

Jessie performed with others in a concert at the school and I attended straight from work, dressed for cycling in a sweaty tracksuit and oil skin, which was not perhaps the most sartorial way to arrive at a school concert. Jessie and her makeshift band performed John Lennon’s Imagine and Hoobastank’s The Reason. I noted with great pleasure that Jessie led from the front, playing the piano assertively and aggressively as one must do with both songs.

We have had a cheese tasting evening at the premises of Maitre Anthony, eleveur de fromages in Vieux Ferrette, France. The courses were largely plates of three small portions of three different cheeses, together with a small measure of wine, often white and sweet. Each course was introduced with a little story by the eleveur’s son, a youngish man with an atrocious English accent. It was all, he explained, a slice of French culture and we should see it that way. It was over by midnight and we gratefully accepted a lift back with (another) neighbour of ours. As we made our way back across the frozen countryside the snow started to fall heavily again and my thoughts turned to the slopes.

Yours from the drift 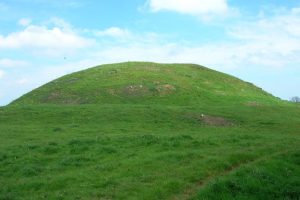 A hill in Yorkshire, thought to have been a Norman[...] 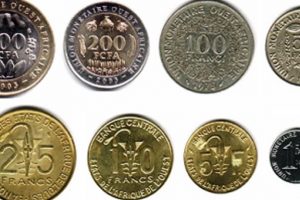 Cote d’Ivoire is by some accounts one of Africa’s best[...]