Ahem
A man from the mairie (local council) knocked on our door one day and asked Alli to give him back our second black rubbish bin. Alli told him he was mistaken as we only had one. He apologized and left. Some days later our bin disappeared in broad daylight, while Alli was actually in the house. I interpreted this as a straight burglary by the company contracted by the mairie, and started looking for a lawyer who would take our heroic case in the land of liberty against the company. The company was unyielding; the mairie apologetic. A form first filled in last year was re-faxed to the company, which then agreed that it had stolen the bin by mistake. I am learning the Gallic shrug. It’s more Clochemerle than Klosters around here.
The chickens have arrived! In early April five brown hens were introduced into their customized coop where they cowered for nearly three days but soon clucked up the courage to venture out and about in the long grass of the run. After a slow start, we are now getting four eggs a day. We christened the coop Chicken Karma at a small Cremant d’Alsace party of friends and project helpers. Meanwhile, the dandelions in the next field have been massing menacingly and waving their wispy fists at our garden even as our first vegetables were fighting their way through the clay soil. Our road (Sawmill Road in English and Rue de la Scierie in French) is called in the local Alsacien dialect Sag-y-Wag, according to a new road sign. This fine name has prompted me to consider start learning Alsacien. I have tried to learn German, on and mostly off, for over forty years, but I have never got past the basics of thanks, apologies, requests for alcoholic drinks and boys’ comic-book wartime expletives. But Alsacien is a kind of formless, slurred form of High German, so it might just work for me.
Jessie came back from her colorful American travels visiting friends and family to stay with us for a few days before going to Rimini in Italy for the Ultimate Frisbee World Beach Championships, in which she played for her team, the Brighton Mohawks. Ella’s last day at school was marked by an imaginative series of planned events at school for the last night (she and Louis dressed as Fred and Daphne from Scoobie-doo) and she now has just a few days to go before her International Baccalaureate exams begin. Her objective is still to get a place at Warwick University later this year. We went to see Paul and Elise and their newly first-born, Leo, unperturbed by our invasion into his one month of life. Over Easter we entertained our friends Ann-Lii and Frederik de Mare in an epicurean few days: a dinner in Leymen, meals al fresco in our sun-drenched garden, long walks and talks in Basel, Oberwil and Leymen. Alli went to England with Gwen to see her parents, Jessie and friends while I spent a couple of days at our holiday house, La Hune, where a long and deep ditch must be dug across the garden between the septic tank and the main drain, and where our swimming pool liner must be replaced (no small tasks these). I also drew up an agreement with M. le maire for the new village petanque site on our land beyond the wall. Bonnie also had canine visitors Meric and Tequila for Easter.
We have also managed to resolve several small but persistent ennuis that encumber our everyday life. I finally won the battle with the blue meanies of Inter Discount to get BBC radio in the kitchen for Alli after being reimbursed for a non-compliant internet radio and by simply using a laptop for the BBC radio online. The remote controllers for the garage doors, after weeks of shaking and rattling, now work. Alli completed the pool house makeover ready for Easter and the ugly plumbing bits were hidden brilliantly by our designer friend Annet. A package repeatedly broken by La Poste arrived intact. We bought a Jeep Grand Cherokee, knowing that our Galaxy will soon implode. A geomètre marked out the legal access from our house to the road, and thus discovered that much of our neighbor’s garden must be removed to maintain our access when the adjacent land is sold. And I managed to get through to the customer service team of France Telecom to have a sober conversation about the fact that our telephones didn’t work. And shortly afterwards, they did. Hello? Allo?
Yours hanging on the telephone..
Lionel 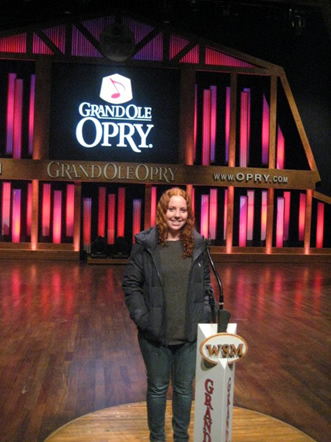 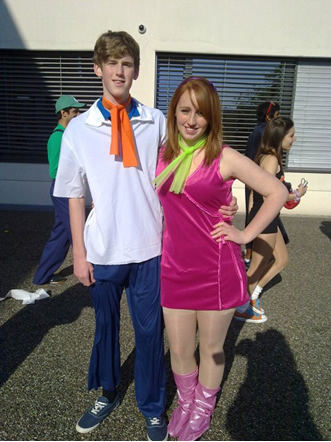 Louis and Ella as Fred and Daphne, April 2011 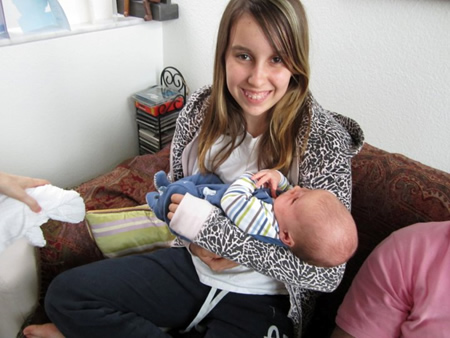 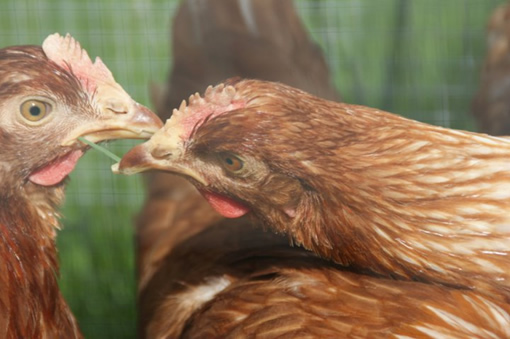