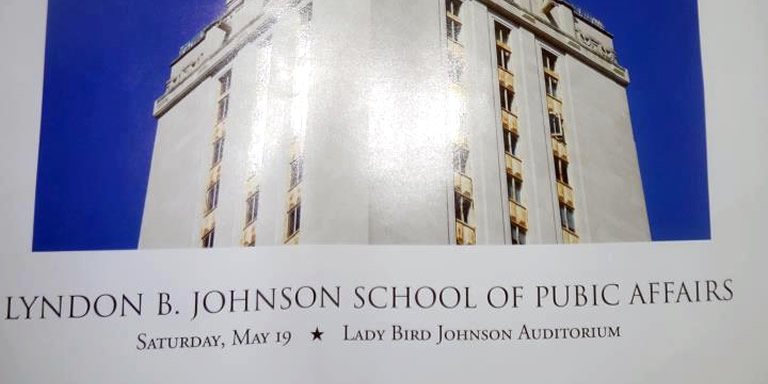 Words matter most because they link actions to consequences. They remind, record and persuade humans to act consequentially. As such they preserve and magnify all the other reasons for their importance, which include the recognition of intelligence and learning, as well as an appreciation of irony, tragedy and comedy.

But there is no comedy quite as funny as unintentional comedy. Words are important but they are not self-conscious. They are never as pompous as those who use them carelessly. This is why the common typo or spelling error plays such an important but under-recognised role in the English language. It’s becoming even more important as language continues to accelerate past tradition, convention, custom, and even habit.

Those who have been involved in the word-rich profession of what was once universally termed ‘public relations’ and ‘public affairs’ will know that clever-clog friends would periodically laugh and inquire of them as to how many public affairs or relations they have actually had and why didn’t they keep them private? Solicitors had the same problem in small talk when referring to their profession. But such inconveniences (sorry) are nothing compared to the damage done if you miss the ‘l’ off the words ‘public affairs’ (or ‘public’ anything else) in your CV or other significant text.

The Lyndon B. Johnson School of Public Affairs at UT Austin had the typo on the cover of its 2012 commencement programme. Upon discovering the error too late, the school tweeted an apology for the “eggregious” mistake. An executive recruitment boss recently told me that this mistake was quite common in CVs, and that a word check to this end across all their stored CVs had revealed astonishingly high numbers of people who seem to have made a profession out of pubic affairs. It’s a typo that stands out when you read it but not when you write it. (All those affected were tactfully informed).

Other embarrassing misprints and typos include several from global and national political leaders. They demonstrate the capacity of error, only sometimes due to urgency. Churchill’s first V sign was the wrong way round and he had to be told to reverse his hand when putting up two fingers. One of Donald Trump’s first tweets as President of the United States stated that he was “honered to serve the great American People”; another noted that an incident in China affecting US interests had been “unpresidented”.

Strictly speaking these tweets were originally neither errors nor typos, since those who believe they are right but cannot spell do not make errors by their own standards. They make new words, as Shakespeare did. Shakespeare invented over 1700 words still used in the English language, including ‘bandit’, ‘admirable’, ‘bump’, ‘dwindle’, ‘shudder’, ‘upstairs’ and ‘to friend’ as a verb. (How on earth did he know about Facebook?). Trump invented “covfefe”, a poor contribution of a nonce word compared to Lewis Carroll’s rollicking ‘chortle’, ‘galumph’ and ‘frabjous’. In the public gallery of a court room I once heard a barrister liken his client to a hat on a cold tin roof instead of a cat on a hot tin roof. In apologising he used the time-honoured device of suggesting that his words were deliberately intended as a creative exercise to test attention.

From this time on English was used as the official alternative language for Latin and French, and this motivated writers to begin to standardize its spellings. By the time dictionaries were introduced in the mid-17th century, English spelling had started to stabilize, although there were still multiple spellings for most of the longer words.

But the age of the typo waxed just as that of free spelling waned, and despite the processes of early hot metal printing, the fact that the typographical error was cast in hot lead then set on the stone by compositors should really have eliminated most of the inconsistent spellings, let alone the errors.

But genuine typos kept turning up in the unlikeliest of places. A 1631 edition of the Bible listed as one of the ten commandments: ‘Thou shalt commit adultery” in all its hot metal glory, although I still suspect this was local mischief.

By the 19th century, most English words had set spellings, although not throughout the English-speaking world. In 1806, Noah Webster published his A Compendious Dictionary of the English Language, which proposed an all-American reform of English spelling. Many of the new spellings he listed, such as ‘color’ and ‘center’, became standard American English. Others, such as ‘masheen’ for ‘machine’, never made it.

There are also innocent errors, such as that which crept into Finnegans Wake when James Joyce was dictating part of it to his friend, author Samuel Beckett, who was transcribing. During one of these sessions, there was a knock at the door. Joyce said, “Come in.” Beckett wrote it down with the rest of the spoken text. When Joyce realised the mistake in the proofs, he decided to leave it in anyway.

English spelling, like English grammar, is gloriously and anarchically populist, and those who create successful new words are the true influencers of popular culture. The best new words replace the clutter of many others within a single thought, for example, ‘woke’, from ‘awoke’, was coined as a slang one-syllable American expression for political and racial awareness in the early 1970s.

The circle is turning slowly but surely, like the millstone or a windmill, and English linguistic expression is starting to turn to free-form once again, outstripping the formulators of regulation and alignment.

The common typo, rude besmircher of daily newspapers, deflator of egos, scourge of self-important CVs, bound bibles and glossy corporate brochures, is playing a knavish and scoundrelly but under-rated role in this slow movement of words back towards freedom.

But I still doubt whether pubic affairs will ever be a genuine career choice.