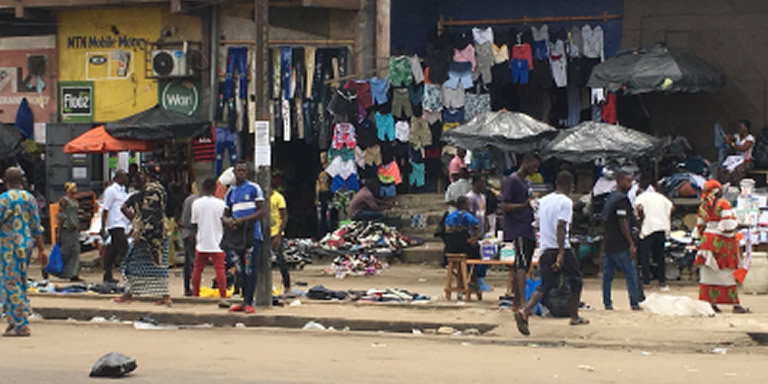 Poverty in Africa is passed inevitably down through the generations, even more assuredly than is private wealth. Most Africans are hopelessly poor, conditioned by location, time, politics, geography and birth. Yet global media distribution allows them to know that a fulsome standard of living is technically available less than a few hours away by plane.

That last bit is relatively new. Modern media have been globalised and popularised for just over a generation. An apparently attainable possibility of a decent standard of living is why younger Africans, goaded by globally distributed images of plenty, have been leaving their own countries and families in the past few years to travel to the north African coast and onwards seaborne to southern Europe.

My friend Mohamed in Abidjan says that most of his friends and acquaintances (in their twenties or thirties) are either saving up or preparing to travel to Europe. Those without money do so by merging with the involuntarily displaced in northern west Africa as they flee civil conflict. Those with money by the increasingly difficult official route of visa applications. The real, but only, constraint would now appear to be the price of the passage, currently between $2,000 and $2,500.

It might not take much more than this price to drop for the trickle of tens of thousands of Africans per year currently attempting their dangerous journeys to become a flood of millions of Africans per year – a modern exodus that threatens a genuine disaster for both Europe and Africa, increasingly likely if present trends and policies continue.

One of the ways rich countries stay rich is by adding value to raw materials by processing, manufacturing, and packaging them before selling them on to other countries. As a cruel complement, poor countries are incentivised by rich countries to sell their raw materials and unprocessed commodities to them for a mess of pottage shortly after digging them up, from groundnuts to gold. It is one of many reasons that they stay poor.

Developed country tariff regimes encourage Africa to export their raw materials by offering a 0% tariff (calling it development policy) and make plenty of money from processing and re-selling the products, while levying large tariffs on imports of value-added materials from Africa. This calculated double hit applies across the board from coffee and cocoa to highly valuable and precious metals such as rhodium, platinum, iridium and gold, all of which Africa produces in large amounts.

Moreover, it is no coincidence that resource-rich African economies are more likely to be governed with the least recourse to popular or democratic influence. Tom Burgis has calculated that across Africa, average government income from direct taxation is no more than 62.5% of the revenue from the sale of raw materials . This influences the governments of resource-rich countries to prioritise the interests of commodity exporters over those of their own people, damaging the legitimate goal of commercial and industrial diversification and ignoring popular dissatisfaction. Paul Collier has written that “the heart of the resource curse is that it makes democracy malfunction”.

The failure of many African countries’ political establishments (or ruling families) to take into account popular discontent therefore aligns conveniently with the developed world’s invisible consensus that Africa should stay poor. Ordinary Africans are condemned to stand by as Africa’s natural wealth is lifted out of the ground, sold, then rushed to developed world factories for processing and re-export. Their discontent is expressed through migration rather than demonstration, as there is little point in the latter. Media revelations of this fact are routinely ignored as the voice of those without a voice.

In short, the developed country post-colonial legacy has the effect of prolonging an institutional poverty that reproduces itself determinedly down the generations. This continues for as long as ready money can be garnered by elites from the premature but profitable sale of natural resources. This cruel complementarity will lead to more deaths of desperate Africans every year on their sad journey from what they believe to be dereliction to what they think will be plenty.

References:
The Looting Machine: Warlords, tycoons, smugglers and the systematic theft of Africa’s wealth, Tom Burgis, 2015
The Bottom Billion: Why the poorest countries are failing and what can be done about it, Paul Collier, 2008

Ahem The curse of Shango, Yoruba God of thunder and[...]

Ahem Our increasingly populous clan is ever more global. A[...]