The intensity of our 2013 holiday continued to streak across the summer like the shooting stars that exploded like fireworks across the night sky in the exceptional Perseid shower. Belgian visitors Claude, Laurence and Sophie came for a few days of gourmandise. We had a visit from Charlie and Liz of Barnsley on their way to Spain, and we spent time with Annet, Puck and Maes, Vanessa and Olivia (soon to move to the UK) and with the remarkable Thouins plus friend. When Alli and Gwen left for home I stayed behind with the baggage, had dinner with Jacques and Martine in Agen, and after packing up the next morning, collected ten extra-long tresses of naturally dried garlic from the melon lady, and started the long drive across to the Var to where I had been summoned by my friends Mike and Marie-Pauline.

My childhood summer holidays were dominated by long stifling drives in hot cars around the Var and the Cote d’Azur, and this one brought it all back. I get hot flushbacks at the mere mention of places such as Frejus, Grimaud, Aix, Draguignan, La Garde-Freinet. Thirty five years on I again crawled along the motorway bumper to bumper with an overheated engine, this time with frequent stops for the ever-panting Bonnie and solemn warnings about slow traffic from the French radio, to the village of Meounes-les-Montrieux just north of Toulon. Following impeccable instructions I found Coulombaud, a huge but simple house of grace and style in a natural cleared hollow surrounded by vines, olive trees, a large potager, fine stone terracing, compelling modern and classical sculptures, a paved alignment, a swimming pool, a modern courtyard, an English lawn and a few far-off pieces of earth-moving equipment as well as some scattered beautiful children running about. Bonnie immediately took the role of guardian of the terrace wall and started the rather short process of endearing herself to her initially sceptical hosts, despite trotting blatantly into the forbidden kitchen whenever she pleased. For lunch the next day we took vegetables from the pesticide-free potager to a nearby restaurant which opened especially to prepare and cook them for us in an apotheosis of style and elegance. I had another longer and even more difficult drive the next morning back to Basel in the stifling heat but I was able to bring back most (although predictably, not all) of the luggage, garlic, wines (including a dozen donated bottles of wine from Coulombaud), patés and other French delicacies. 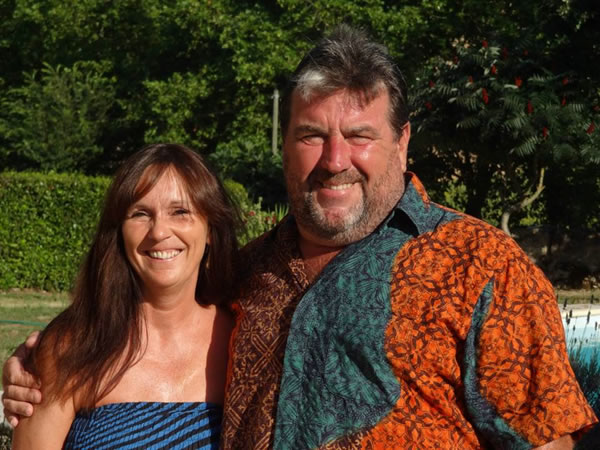 I cannot stay any time at La Hune without some sort of disastrous circumstance or near miss provoked by stupidity or catastrophic lack of attention. This tradition was richly continued when my Apple Macbook Pro suddenly flew off the top of my car (where I had previously perched it in a car park) as I was bombing along with Belgian friend Sophie back to the house one hot morning. I first took the clatter and crash on the tarmac to have been caused by a hub cap cover, but upon retracing the route, it turned out to be the source and catalyst of my income. It not only survived with serious dents, scratches and bruises but continued and continues to work as before, despite now hobbled and looking like the computer of a hard bitten hard living foreign correspondent. I now have a natural introduction. I can hold it up and say “My name’s Lionel. I’m a war reporter.” A major software failure, two weeks later, unrelated to the top-of-car incident, halted my work for a some days, but it still works in its semi-retirement and I have bought another laptop to which the saved files are now transferred.

Back in Leymen the good weather stuttered along for a while. Martin and I organised a Quiz Night for local English-speakers in the garden of the restaurant L’Ange one fine evening and I went with the Barneses and the Jarvises the next day to the Agrogast Fair in Hagenthal, where an evening thunderstorm assaulted the tents while we ate snails, steak and fries. Gwen went back unwillingly to school, I took up a more workmanlike schedule, shaved off my beard and started yet another diet, emboldened by Marie-Pauline’s strictures about my weight. The group that I helped to create, EnglishSwissTalk, held a wine tasting and dinner in the Talas in central Basel, during which my friend Martin offered a wine tasting with aplomb. A famous Basel DJ played summer mood music and we had a record number of guests for the evening. But the shadows are starting to lengthen earlier each evening. Alli has responded to this by repainting the wooden beams of the pool house and weeding most of the garden. We await the lustrous colours of the Alsace autumn and applaud Jupiter’s recent dalliance with the Moon.

Yours watching the night sky, 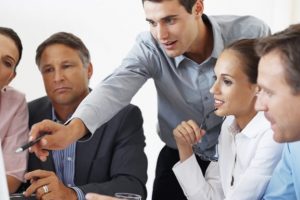