Modern global media seems to destroy more than it creates. In Africa, cable TV pushes its normal fare: international sitcoms and films, the Simpsons, Premier League, Brazilian soaps, porn channels and detective series, while local content is dominated by Nollywood, national football matches, and urban music videos. By contrast the pan-African oral traditions of heroic and epic poems recited or chanted by poets and actors, describing the beginning of the world or the early history of a tribe (often both), accompanied by drumming, dancing, chanting and singing, have been a strong, continuous cultural element of African lore for centuries past, but are now in danger of extinction. African oral cultures must be captured if they are to survive, like the wild animals, in the same way as David Fanshawe and others preserved local tribal songs and dances on reel-to-reels in the 1960s before many of them disappeared. The oral traditions are now too fragile to stay oral and remain popular. They can’t kompete with the Kardashians.

In preparing for the past month’s Abidjan book club meeting I read a remarkable epic poem called The Lianja Epic about the creation of the Mongo tribe from the tropical forests of the Congo Basin in Central Africa. The story has been narrated since the 14th century, and the English text I read is based on the performances of three narrators, recorded in the 1980s. Unusually for an epic poem, The Lianja Epic is a story of boundless tolerance and peace. But its similarity with other epic poems (and its potential to be turned into a modern Marvel superhero film) is undeniable. A long-predicted messianic spirit-superhero, Lianja was born adult, in full armour and carrying a spear, accompanied by his sister. He can raise to life dead soldiers after battles by brushing powder into their noses, turn himself into anything from an apple to a blade of grass, a giant or an ant, and brings historically warring tribes together in peace, reconciliation and prosperity. After a slow start the epic is exciting, eloquent, and redolent, intended to be performed with music and drums, and startlingly modern, with strong and prescient themes of reconciliation, women’s empowerment, forgiveness, environmental awareness and emotional intelligence. His mother gives birth not only to him but also to billions of insects, animals small and large, legions of soldiers and workers male and female equipped with tools, all enough to start the new tribe. The Lianja Epic by Mubima Maneniang is a revelation, standing equal at least to the Iliad or the Odyssey, and I thoroughly recommend it.

My first foreign mission for several months on behalf of the Bank was to Antananarivo in Madagascar, to prepare an important meeting in July. The capital city has a hint of the look and feel of a boom town on the Indian sub-continent, streets packed with busy people working, building, selling and delivering – a reminder of the positive entrepreneurial face of genuine economic development from the bottom up. But traffic clogs up the narrow and mostly cobbled streets, built by the French more than a century ago. I visited two local Bank-funded projects: a blood donation and transfusion service in the national hospital and a vocational skills training and education centre for disabled young people. All the trainees were disabled or physically disadvantaged in some way; all were acquiring new skills, including cookery, IT, web design, electronics, braille, fashion design, and carpentry. Most of the training was practical and hands-on and resources were simple, basic, and make-do-and-mend. But I have never seen such happy students with so few natural advantages and so little in modern training materials. This visit, as well as another to a blood transfusion centre that has quadrupled the number of blood donors in the city, underlined why Africa urgently needs to export fewer of its raw materials and commodities, but make and export more processed food and goods, which have had more value added by Africans within Africa.

When did the retail price of a box of chocolates (or a cup of coffee) ever go down? The price of raw cocoa beans on international markets rises and falls continually, but at the irregular and unpredictable whim of international trade. Each year’s cocoa bean market price shows a large percentage change on the previous year, ranging in the past three decades from 8% to 80% each way. It seems unfair that the grower takes the largest risk and receives the lowest return in the ever-thickening value chain of chocolate, along which richer intermediaries take larger and larger shares of the final price, until the wealthy end of the chain has retail shops quadrupling the price they paid to their supplier for “luxury” chocs to the customer. Cote d’Ivoire farmers, who produce no less than 40% of the world’s cocoa beans (75% with the rest of Africa), have an unreliable income, and often receive less than the cost of harvesting the beans. Many have no idea what chocolate even looks or tastes like. One farmer was quoted as saying that he thought eating chocolate made people’s skins white. Other of Europe’s favourite African commodities (including coffee, peanuts, cashews; and oil, gold, diamonds and precious metals) have a distressingly similar narrative.

Ramadan is about to end following last night’s rain-soaked Night of Destiny. Most of the Muslims I know here follow Ramadan determinedly. It’s a thirty-day period during which no Muslim should eat or drink anything during the daylight hours. The imsak (the start of the fast) and iftar (the breaking of the fast) depend upon where you live on the planet. In Cote d’Ivoire, near the equator, imsak is this year 4.45 am and iftar 6.25 pm. The feast moves back by eleven days per year in a thirty-year cycle that stretches across the entire year. Incidentally, the correct term is “Muslims”. The word “Moslems” (as used in the US and UK) can be used and taken abusively, but precious few Muslims actually feel abused. A “Muslim” in Arabic means “one who gives himself to God”. But a “Moslem” when the word is pronounced, as in English, “Mozlem” with a “z”, means “one who is evil and unjust”. But the spelling of the word in English is changing, and the old form is declining.

I was very excited to see kumquats in my local supermarket – another example of the growing influence of the fertile Chinese food chain in Africa. Kumquats are cherry-sized orange citrus fruit which I have seldom eaten but always enjoyed. They have a sweet rind and are used in preserves and confections, and are less acidic than the walnut-size lemons I use to flavour my bottled water, which I drink during the day. One Sunday, I went for lunch with friends to Bingerville, where a good restaurant (Chez Francois) adjoins the beautiful botanical park around which we walked for an appropriate time before meriting the meal we had there. Bingerville was the capital of Cote d’Ivoire for over 30 years and is another great example of French colonial planning and architecture, now reborn as a residential area. We ate every well, a true fete champetre, and drove back in the late afternoon with some misgivings after a day of chlorophyll-rich fresh air, far from the traffic fumes of Abidjan.

Hillside by the cathedral on thee Plateau, Abidjan, May 2019 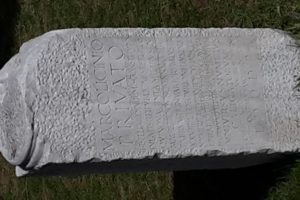 Kill the mission statement – create a mission narrative. A[...]