What comes home to roost when the solids hit the fan and the rubber touches the road are not always the straight lies, the wild exaggerations, the febrile sputters of government ministers and their toxic fogs of illusion and plastic Union Jacks made in China. They are the unadvertised truths of the hard variety, of those with firm handshakes and direct, searching eye contact. They represent the realisation that what is about to hit the United Kingdom is the long-delayed payback for those languorous lazy years of ignorant establishment assumptions that on the EU, no-one needed to know on the ‘need to know’ principle. It’s the Aha moment, and everything is about to get granular.

A ‘hard Brexit’, now known alluringly as ‘no deal’, a kind of semi-cool Bogartian mutter at a sepia-tinted card table, is almost identical to a ‘soft Brexit’, now known affectionately as either a Canada dry or an Australian budgie-smuggler – vital that both named examples name-check long serving Commonwealth (white) partners. Both are methods of committing national suicide – the knife or the rope? Poison or the bullet? All Brexits that have us leave the customs union and limit our free movement are not only bad but foolish.

Both mean cutting Britain’s trading relationships not only with the EU, but with the rest of the world (as soon as it stops crying with laughter at our self-imposed predicament). And the change involved is breath-taking. It’s not a seasonal change, or a change in the weather. It’s not even like falling off the cliffs of Dover. It’s like Major Tom with his circuits suddenly dead, or cats in a bag gone quiet. It’s a bloody evisceration. The best analogy is that it’s the change that befell Marsyas, who was flayed so badly that the skin came off his body and his entrails trailed. There will be buckets of blood on the tracks. That’s the change that awaits Britain as it brexits, hard or soft, raw, or cooked, oven-ready or not, on New Year’s Day.

At the beginning of the year, Brexit ministers were presenting it as a straightforward and uncomplicated process. They are no longer doing that. Kent is becoming a concrete car park for the lorries and vans waiting to be called for their document checks. Traffic jams are already reaching back from Dover to London. Millions of British workers will become redundant. The United Kingdom has already shrunk to Britain. Britain will shrink to England, then to south east England, then finally to Millwall Supporters’ Club.

Britain will urgently need friends but doesn’t have any because its government has insulted virtually every friend we used to have in Europe and elsewhere, from the Iranian government to Angela Merkel, and from Joe Biden to the people of France. Boris’s lies are legendary. The mixed metaphors pour off his easy tongue. Many of his lies occur because he needs alliteration. The end of freedom of movement, trumpeted as a great success by Patel, is perhaps when the penny will drop for many people as they receive their redundancies next year.

How did Brexit voters, in their haste to stop immigrants coming to live in the UK, manage to ignore the fact that their vote stopped us from moving freely around Europe? How did they not realise that the movement of the immigrants they didn’t want would not even be halted by their selfishness? Those boats full of desperate Africans have not stopped coming, have they? But Britons have just lost their automatic right to travel freely and without passports across European borders. Let’s remember that when we need to find a job somewhere other than a jobless Britain. Young people have just lost ERASMUS and other programmes designed to broaden their minds. Businesses have just lost their markets and will lose the profits and workforce. And all for a mess of pottage into which the modern British Republicans continue to bloviate. The UK national passport is now, in whichever colour, an utterly useless document that entitles Britons to nothing. Indeed, it is the shameful mark of our loss of liberty, just as Parliament voted away all its powers to prepare the primrose path for Boris so that he can rule by decree and the BBC.

But the worst of it is that UK ministers are still unaware that it has been their essential ignorance about our details of our two generations of EU membership that has counted the most in the decision to throw ourselves out of a jet plane having carefully removed our parachute and slashed our wrists. For much of the UK’s EU membership the effectiveness of the United Kingdom’s participation was the envy of other members of the Union, most of whom felt that through a variety of means the UK had been able to influence EU institutions, policies, and activities far more strongly than any other member state. It was a widespread view, shared privately by many European politicians and diplomats, that the UK “fought its corner” the most effectively of all. Many also believed that its benefits had been unfairly won. In effect, Britain was bullying Europe.

The late 1980s were the high point, the sunlit uplands, of the UK’s membership of the EU, although this period has of course been forgotten since it pre-dates social media. UK Commissioner Lord Cockfield was developing the Single Act, strongly supported by Mrs Thatcher, and designed to benefit a free market Britain. The UK rebate was starting to generate much more than expected in reimbursements. Englishman David Williamson was the top civil servant of the European Commission. English Conservative Lord Plumb (for whom I was privileged to work) was elected President of the European Parliament, and much improved the effectiveness and standing of the institution by most accounts. A robust, practical, and positive approach to EU membership was accepted by most observers as mainstream. Britain’s trade with the rest of Europe was rocketing, as was its economy, bolstered by a strong and liberal trade regime.

A key speech by Margaret Thatcher, as President of the European Council to the European Parliament in December 1986, showed that even she got the point that the best policy for a proud Britain was to lead and not to leave the EU. She pronounced the UK’s confidence in a European future:

Euro-federalism, nowadays scarcely referred to, had been halted in its tracks by the growing success of the developing EU Single Market. None of this was understood throughout the 1990s by a Conservative right-wing faction unable or unwilling to see that the EU’s economic and monetary policy was following a new agenda hugely favourable to the UK.

The last 25 years saw the UK’s commitment to a stronger Europe undermined and impeded from within, not least by its media and their proprietors. There are too many instances to mention, but the UK’s Foreign Office seemed to sleep longer and deeper even than usual, missing opportunity after opportunity to reinforce a leadership of Europe that was essentially offered to them on a plate. Germany by the late 1970s was by no means happy with a prospect of a permanent hook-up with France. It would infinitely have preferred Britain as a longer-term partner, even while British schoolchildren still marched around playgrounds re-enacting the Second World War.

The political rot started years ago with the failure of John Major to confront rather than appease the racist rump of pin-striped misfits within the Conservative Party. From 1997, the UK’s European policy, already injured by friendly fire, began to falter as Tony Blair and then Gordon Brown ignored the Labour party’s own Euro-ambivalence and preferred transatlantic to continental relations. In doing so they missed golden opportunities to confirm European thought leadership and consolidate UK policy successes. But the 2010 Conservative election victory marked the beginning of a very steep descent into farce, comedy, and finally tragedy.

Cameron’s cowardice subjected the British electorate to the unfamiliarity of populist sovereignty as a direct alternative to the traditional and constitutional practice of electing MPs to take such decisions. Of course, the 1975 referendum that offered the path to leave the EU early might have been as damaging, but the result replicated the natural majority in the UK Parliament and the tabloids, so no conflict with the recognised sovereign power arose.

As other European nations know better than the UK, it takes patience, restraint, and tolerance over a long time to build a civilised society nationally and in Europe. But it can take just a few months of national political arrogance, bias, selfishness, and personal greed to turn ignorance into blind racism, and scepticism into prejudice, deceit, and hatred.

About 30% of Britain’s adult population voted to leave the European Union over four years ago. They have got their wish. But something tells me they did not wish for the sudden descent into madness that the country has suffered because of the vote that begged a world of questions. The increasing prospect of national suicide from early next year will not attract any kind of majority, even among the dying. But most of Britain’s politicians (and not just the sense-leavers) are now actively and deliberately assisting in the crazy immolation.

Who will now speak in Britain’s ravaged and raving Parliament for Britain’s future health, wealth, and happiness within Europe and not alone, friendless and blustering with indignation? Who will speak against the corruption, cronyism and cynicism that have overwhelmed and debased Britain’s reputation, governance, and credibility? Who will end the Brexit jabberwocky?

Who, simply put, will speak to remove the liars in our government and start the process of national healing, renewal, and cooperation? 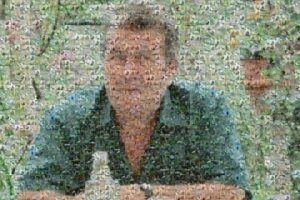