It’s all happening here in the southern Sundgau. One cat-black night was disturbed at 3am by sudden thudding explosions, a power cut, urgent voices, and the lazy reverberated drawling of the Leymen village siren, waking up the village as well as surrounding farmsteads and houses across the border. Was it an axe-man on the chop? A killer queen? A Landskron ghost looking for his severed head amongst the tidy gardens? Had Uncle Hansi returned at last? There were red lights flashing in the hot blue Leymen night and mysterious smashed pumpkins speckling the garden paths. It later emerged that a faulty electrical cable had caught fire during a downpour of rain, cutting the power in most of the village and triggering the summons of our voluntary firemen. The very next day I met a friend in a crowded company canteen before going to a meeting in the next building and, in exiting the canteen, contrived to set off the building’s fire alarm. This alarm can best be described as the soundtrack to the slashing scene in Psycho played 100 times faster, louder, and dubbed endlessly upon itself. It puts the friendly 70-year old Leymen village midnight siren to shame. The crowds of people in the canteen turned and stared as one raised eyebrow of collective shock, reminding me of those Bateman cartoons in which an innocent act becomes a ghastly faux pas eliciting the collectively shocked reaction of a fantail of open-mouthed onlookers. I recall one of these cartoons from ages ago on the menu of Simpsons in the Strand, where the caption read: “The Gentleman who asked the Carver whether the meat was English or Foreign!” Talking about raised eyebrows, Alli and I went with friends to see the American comedian Reginald D. Hunter at Basel’s Comedy Club. I came out entertained but without that tonsil ache that comes from an evening of big open easy laughs.

It’s been a month of mislaying things (not losing them, as they are nearly always found), and I have realized that the ageing process is measured not only by forgetting where one puts things but also by not remembering how to find them. I mislaid my keys and could not find them. But when I did, I realized that I could have found them days earlier by geo-locating them with the simple device that Gwen had given me for my last birthday to load onto my computer and attach to the key ring, precisely for this purpose. The day after getting my keys back, I spent a panicky morning rushing from garage to house searching for some vital entry cards, only to find that they were in the side pocket of my quilted shirt (a pocket that somehow I have always felt should not be there, and that I have never acknowledged). There was a market at the local village hall one Sunday and I strolled around with amiable disinterest looking at the children’s books, toys, clothes and knickknacks on sale for a few cents. It was all too late for us but many of my neighbors were bustling around there in the large Salle de Landskron where every Wednesday evening I try to learn Morris dancing.

We held a Cheese and Wine party for our friends and prepared a large selection of cheeses, figs, grapes, nuts, sauces, jams, pickles and mustards, fresh baguettes and three excellent cheesecakes made by Jessie. However much our guests managed to consume, it seemed as if a mountain of cheese nevertheless remained, and we switched to higher calories for the following week while Alli and I tried to eat it down. On All Hallows Eve, another feast was on offer at a Macmillan Pink Halloween charity evening organized by Dawn for her women friends. While three of the related husbands, including myself, went off to a local Italian restaurant and talked phlegmatically about men’s business, Alli and others dressed up in scary pink outfits and entertained each other until the men returned, whereupon we all carried on scaring and entertaining each other for another couple of hours. Earlier in the month, a leaving party for our friend David was a blast from the past, quaffing draft Guinness at Paddy Reilly’s. 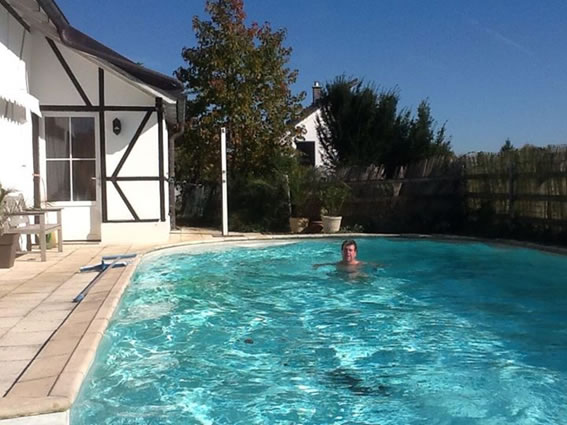 Gwen spent 12 days in South Africa with her school group, coming back with hundreds of photos and colourful new memories. She kept in touch with us along the way, and followed a busy program including a tour of Robben Island, a safari, a visit to Cape Town and doing painting jobs at a local school, but she saw more wildlife than her sisters had on their respective school trips. A week later she completed a gruelling 50-kilometre bike ride that she had organised around the outskirts of Basel, crossing six borders, one inside the airport building itself (due to my misreading of the map), and raising over £400 for the farm animal welfare and vegetarian charity, VIVA. Jessie left for Dhaka in Bangladesh for her first permanent job with the German Gesellschaft für Internationale Zusammenarbeit (GIZ), working on prison and justice reform in a development project for the Bangladeshi government. She also achieved a massive score of 82% in her Masters’ dissertation on restorative justice – adjudged the best dissertation of the year, meriting a special university award. It also meant that her Masters’ as a whole was marked as a distinction (the equivalent of a first). I drove her to Basel airport on her last day here and the fall chose that day to confirm that it had kicked out the summer. Even as I came back from the airport, the season changed right in front of me. A darkening sky and I witnessed an abrupt switch from the late bronze dream colour-parade to colder grey-edged swirling winds, which detached the leaves from the trees and flung them down in a clumsy swirl and splatter of urgent October rain along the road from St Louis. Notwithstanding this, the month also saw a minor heat wave that had Alli back on the sun bed for a few hours and me back in the pool for about four minutes at 17 degrees. Back in Dhaka, Jessie and some of her new friends managed to win a prize at an expats charity ball for an outstanding performance of “The Boogie-Woogie Bugle Boy from Company B”. They generously donated the winnings to the Poppy Appeal.

All these departures from the nest, however temporary, put Alli and me into a quandary of reflection about the accelerating pace of life and, for the first time in over two decades we were home alone without any children for almost two weeks. Alli stayed close to her laptop for news of our daughters through Facebook, Instagram and Snapchat, pouncing upon meandering multidirectional family texts. We looked forward to the visit of Ella and Sam. I carried on as before, mislaying things and finding them again.

Now, where did I put my phone? Ahem Rough winds and rain were strafing the bean-poles when[...]