Ahem
Rough winds and rain were strafing the bean-poles when we returned home from torch-dry Andalucia, and early August was more like the snarling gusts of January in Alaska than the drowsy calm of canicular summer in the Alsace. Our pool was deep lime green and the weather had rotted many of my tomatoes and vegetables as well as hyper-inflated my courgettes into giant marrows, most of which were well beyond our consumption needs, so I forced them into the bags and cars of visitors even as they drove away with a squealing of tires. The feeling of corrupted desolation was enhanced when I was given abrupt notice by my company, effective from the beginning of the month – “we are forced to terminate your employment based on the reorganization of the External Affairs department (sic)” – ungrammatical clichés to the end. I was handed a bottle of whisky on my way out.
But my unscheduled mid-term exeat has had its benefits, not least that the weather promptly improved and I am taking the leave literally by bringing the vegetable patch back to the sustainable production standards that I have long espoused (“no-till” farming is dead easy). I also found how elastic is the day as the invitations and offers of help dried up after the sudden shutdown of my work email and snatch of the Blackberry. Each small task seems to take hours, for example, one of my typical days consisted of: Morning – walk Bonnie, have haircut, sit in traffic jam, take coffee in Claraplatz; afternoon – review emails, rotivate patch, pick tomatoes, send off two job applications. And I was exhausted by the end of it. Mind you, my reading has become prolific and I have managed to get through no less than nine quarterly editions of Granta in the past month, bringing me almost up to date. On another day I took Gwen and four of her friends plus Ella and Louis to Europapark, the biggest theme park in Germany. I was abandoned by Gwen and her party once we were through the gate, but after declining Ella’s graceful invitation to hang out with her and Louis, I managed to fill my time profitably, viewing the oldest and least popular attractions and settling down after lunch to doze on a bench in the Magic Garden to a musical background of the Brandenburgs. I noticed that there were other Dad-looking types horizontally inclined on benches on either side of me, sound asleep with their hairy legs crossed and their hats over their faces.
Jessie went off to see her boyfriend Faron in Luxembourg for a week, and then both went on to the Reading Festival in the UK via the new improved Eurostar, while Ella’s productive stint at work came to an end (this one was scheduled) and she had welcome confirmation that she will be going to the University of Loughborough later this year. Meanwhile I have been diagnosed as having a syndrome. It’s quite exciting as I have never had a syndrome before (at least, not one to which I am prepared to admit). Its name is Obstructive Sleep Apnea Syndrome (OSAS) and it’s characterized by repetitive pauses in breathing during sleep which can last up to 40 seconds each time. I am nearly sure that this used to be known as “heavy snoring”. Another visit to another specialist beckons. Our friends Fionnuala and Andrew and their child prodigy daughter Evelyn visited us on the last weekend of the month, and we showed them around the center of Basel, which was quiet even by its own standards, as well as around Leymen. This included a visit to the Landskron Castle atop the hill overlooking the village, Mariastein, a visit to the Agrogast, the local food and wine fair, and live action (and music) at the eclectic annual street party of Rue de la Scierie. But, dear friends and relatives, the holiday party is now over, and I must step up to the plate, open the kimono, and drill down to the granular going forward…
All good suggestions gratefully received (CV supplied on request)
Lionel 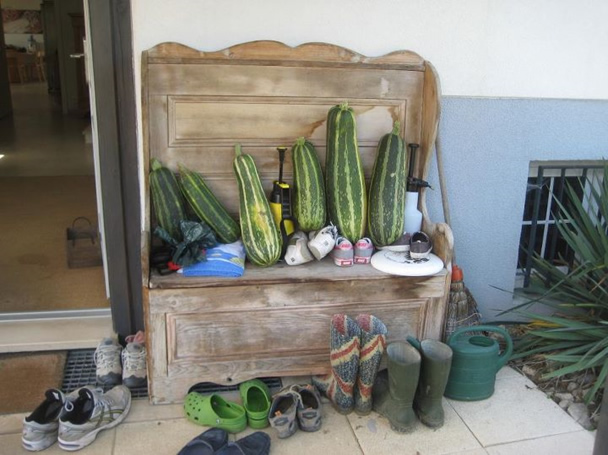