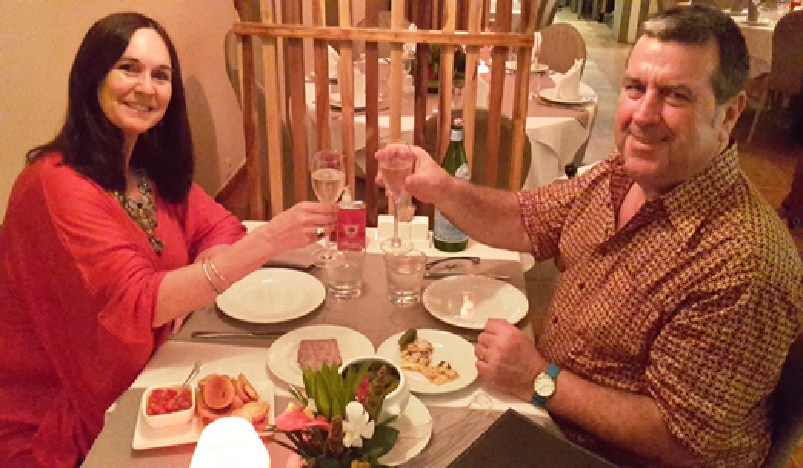 The first weekend featured our 28th wedding anniversary as well as Mothering Sunday and we celebrated in style, also opening some very thoughtful cards and letters from our daughters. On the first night we went around the corner for fish and chips, wrapped in newsprint and beautifully cooked with the right batter. We also spent a couple of hours at Grande Bassam (Abidjan’s Southend) and staggered around the sand with about five thousand fleet footed Ivorians dashing in and out of the waves, before retiring to a beach bar and sinking a few beers. On the following day we moved to Assinie, playground of the rich and famous of the Ivory Coast, and we probably saw several of them. 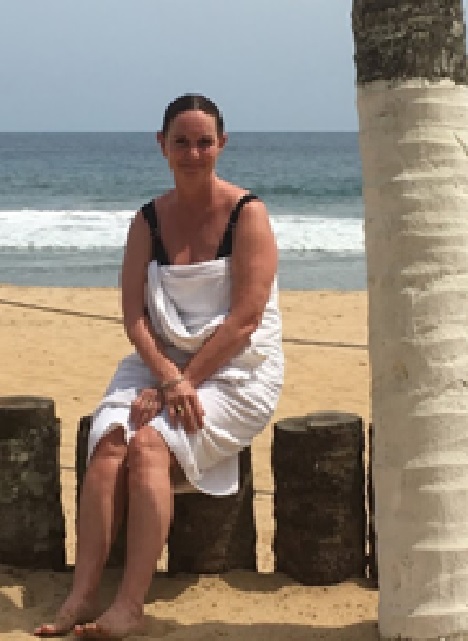 I was suffering from food poisoning during our stay but the conducive prospect of a foreground calm lagoon against a background aquamarine sea was a very acceptable curative. Returning to our villa in Abidjan found that the water had been cut off by the municipality. We therefore had a micro-view of the next global challenge, that of water access. We hardly suffered (wi-fi being Alli’s principal concern) but the unexpected discomfiture of having no water at all for more than 36 hours with neither explanation nor alternative was a third world reminder to the first world that we take far too much for granted. On our way into town that same morning, unshowered and unshaved (that’s me, of course) it was significant to see groups of patient women with big jerrycans. I didn’t know if there would have been that much patience in the Harrow Road or even in rue de la scierie, where cut-offs do occur regularly but generally with warning and apology. Alli and I also spent a very agreeable day lounging around, having lunch and swimming in the pool and sea at the Coconut Grove on the Ile Boulay, a large island off Abidjan. For the final two days we returned to Grande Bassam, which on a Friday was emptier and calmer than on our first visit, and while it filled up through the weekend, we were in a perfect location for the last two days of Alli’s brief holiday, designed to give her a glimpse of the delicious possibilities (and some of the grim realities) of life in the Cote d’Ivoire. We managed to get out of the hotel to have a fascinating tour of the National Costume Museum and a last evening as the only visitors to the best-rated restaurant in Bassam before an overnight tropical downpour washed the beach clean. There was time before the airport for an authentic African meal at a maquis in the Angre district, an unwinding afternoon back at the villa, and early dinner more locally in the ever comfortable Jardyland.
Last month my friend Paul died. I had known him for nearly 40 years. He was a very good friend to me when I arrived fresh-faced from the dreaming spires to live and work in the urban jungle that was Henley-on-Thames (don’t get fooled by the tweedy ladies). He helped me with his wise advice, ready friendship and massive musical knowledge. He introduced me to ley lines and Johnny Winter. I didn’t see him often enough since I left the UK. I am sorry that I won’t see him again. RIP Paul.
You might know that our daughter Gwen, who joined and filmed an impressive initiative to clean up Brighton Beach and also completed the Brighton Half-Marathon last month, is running in this month’s London Marathon, following in the footsteps of her sisters in doing so. She needs to increase her sponsorship to benefit the PDSA, the UK’s leading veterinary charity, helping sick and injured animals, and has been working hard to do so with bake sales, car boot sales and so on. She still needs a push to get across the line. If any are so moved, please help her on http://uk.virginmoneygiving.com/fun… 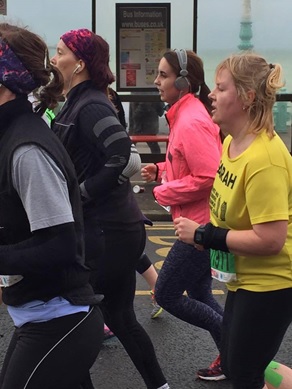 Anyway, Alli’s brief West African sojourn is almost over – the taxi’s waiting, he’s blowing his horn.
Lionel
PS: To those who assisted or featured in my birthday video, as well as those of you who tried and understandably failed, and others who may have forgotten or perhaps were not invited in the first place, a very big Thank You to all, the some and sundry for my biggest, best ever, most surprising present EVAH. 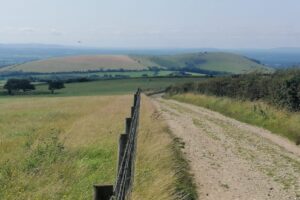