Bulbous fists of mist gripped our village for several mornings in a row, burned away by the sun often before the dogs came back from their walk with Alli. I got used to working from home again, in between having porridge for breakfast, soup for lunch (standard Autumn fare), and walking the fields in the eggshell afternoons amidst the stalking cranes and hawk-eyed buzzards. A mini-Indian summer with blue skies and temperatures over 20 degrees surrounded us for the first two weeks, greeting Gwen as she came home for a few days from rainy Brighton to see her Basel friends. She was excited to learn from Mercy for Animals, a US animal charity, that her application to be a full-time campaign assistant for a month next summer in Chicago has been accepted. Her work will include a large amount of organizing and leafleting on what the charity calls “busy street corners and college campuses, or at concert venues”. That sounds a bit like bucket-shaking to me, but there again, we’ve all done it, and often for less deserving causes. Gwen left the following weekend and we resumed our empty nest, feathered only by daily family conversations in spiralling text. I started going out more in the evenings to various events in Basel and elsewhere to avoid staring in stupefaction at the increasingly moronic material on television.

The association (Leymen – Loisirs), over which I have the honour to preside, held its first AGM in the draughty gymnasium (Salle Landskron) that doubles as the village hall situated 200 metres from our house. Our board faced a feisty audience of 12 women keeping fit (and largely succeeding) and three Morris dancers (largely not). The record of our proud first year’s achievements included losing one of our three constituent clubs (the local Badminton Club) because its material was nicked and players subsequently dropped out, but the two remaining lessees of the hall reported steady progress, in women’s fitness (Mondays) and Morris dancing (Wednesdays). I accepted the proposition that I stayed President for another year and this was agreed nem con. With a minimum of discussion we passed quickly to the refreshments. I found it all a lot easier than my nervous stint as the Secretary of the Society of Leyhunters nearly twenty years ago in England. This was mostly because someone else now does all the work. Also they call me M. le president; in England the ley hunters and dowsers called me something else.

I went to an interesting meeting in Basel featuring the “extreme artist” Alex Inchbald, who gave hints and tips about how to “unleash creativity”. One of the ideas was particularly good: to write three pages of thoughts in long hand, however mundane, every morning first thing. This is supposed to act as a type of mind cleanser for the day.

One evening Alli and I were invited out to dinner with about twenty other villagers at the Couronne d’Or by Daniel, who is the tireless owner of the small “Super Proxy” grocery store in Leymen. We have been good customers of his since he took over from his rude predecessor, and it was entertaining to meet other village personalities, including M. le Maire himself. Alli thought he was someone else when they were introduced but he took this in good humour. In fact, everyone was in good humour – not surprising when we had all been the lucky recipients of such largesse.

The snow came towards the end of a month that had already staged very good reconstructions of Autumn, Spring and Summer. Soon the hills around Basel had their white winter coats on. I started to reorganize my home office in order to be able to find things a little easier, caused partly by a month-long search for our marriage certificate, which suddenly turned up in my office without even apologizing for its absence, although this had caused grave administrative headaches.

Our 24/7 online international family conversations continued unabated, with disjointed conversations creating a grammar nightmare as group and individual conversations mingled, garbled and mismatched with others, tripping over upward thumbs, ticks and millennial acronyms. Gwen had an early Christmas present from Ella that allowed her to acquire a signed copy of a book and meet The Great British Bake-Off’s Sue Perkins (pictured above) in Brighton. Jessie, who is missing European food luxuries, heard that my friend Susan was coming to Bangladesh and asked if she could bring “a few food items” over. Susan very kindly agreed and so I hastily bought the items just before closing time on a Friday evening, and just before attending an enjoyable party at the Neilsons in Basel. Susan then heaved about 10 kilos of food delicacies over to Bangladesh the following day. Ironically, a few days later Jessie was suddenly asked to attend a course in London, so she flew into the UK shortly afterwards, returning a week later after a serious week of training (and socializing) in the capital and in Sussex. Ella continues her progress in public affairs with merit, having penned a solid article for the social work trade press on community services for learning disability care: http://www.carehome.co.uk/news/article.cfm/id/1572460/learning-disability-care-community-based-service. All three girls spent a jolly weekend together with their grandparents in Burgess Hill, and we received several photos and videos of the happy event, which coincided with the long awaited British victory in the Davis Cup Final.
We had the Jarvises, Barneses and Richardses over for Advent Sunday Lunch, featuring roast beef and Yorkshire pudding, and a fattening but delicious Aperol and Oreo biscuit cheesecake. A new game was produced which resulted in some distinctly x-rated contributions: Cards against Humanity. The game looks like being a succès de scandale, but it’s a millennial rather than baby-boomer product and probably shouldn’t be played without some prior warning about its content, actual and potential. It’s certainly a long way from Colonel Mustard in the billiard room.

I wish you all a safe and happy Christmas and a successful and fulfilling New Year, 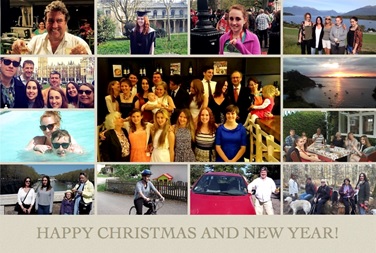 Ahem The Ferrette Morris Dancers danced at the village market[...] 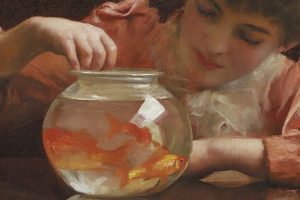 Assisted by all the available communications resources cheaply obtained and[...]