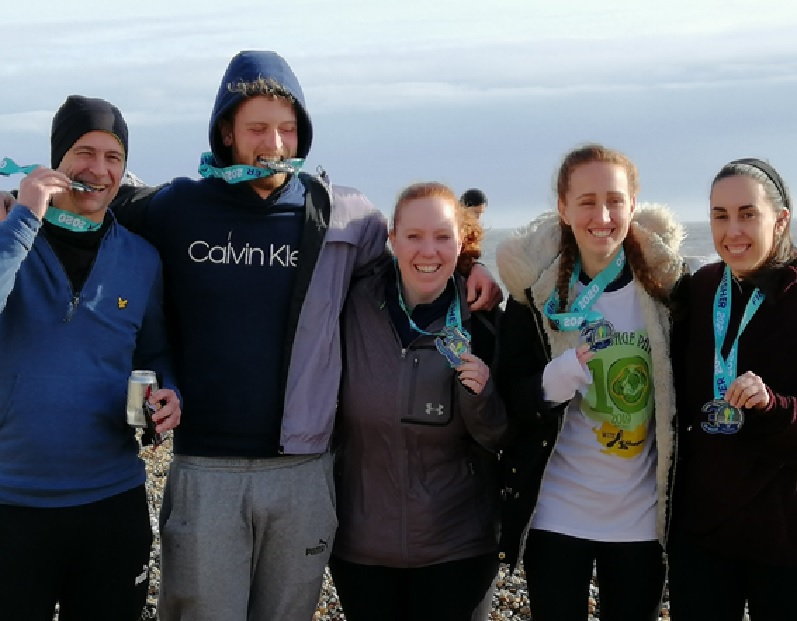 The Stanbrook family, especially on my brother Clive’s side, continues to expand vertiginously, while staying reassuringly female. At the very beginning of the month, the christening of Ayla Grace, daughter of my niece Isabella and her husband Igal, and grand-daughter of my sister-in-law Julia, inspired a family gathering at the numinous Temple Church in London. This unique church is where Stanbrook family marriages and lives have been celebrated, and all its later generations christened (except those in my family). Its hearty vicar, the ‘Master’, with whom I went to school, is an excellent handler of babies and herder of people and has a stentorian but reassuring voice. Ayla was mostly silent, alert and happy throughout, as if she knew the exact details of what was occurring. We had earlier enjoyed a christening feast down the road at Simpsons in the Strand, where the lunch and the cheese board had put everyone into a good mood for the simple ceremony in the round. 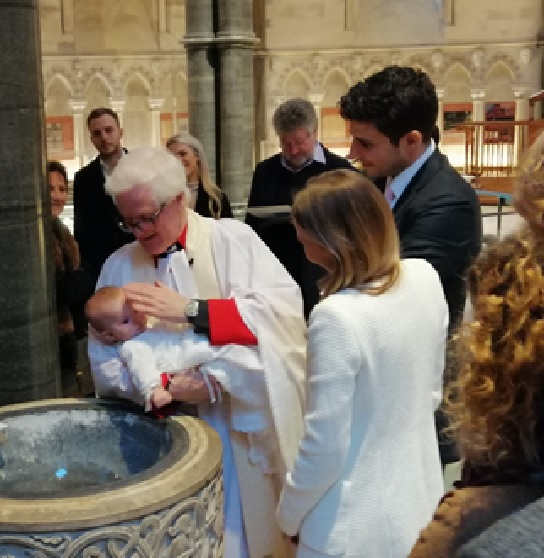 The Brighton half marathon took place on the last weekend of the month, and our three daughters Jessie, Ella and Gwen all ran the course. Joining them were their uncle Nick and their cousin Oliver, as well as 8,000 others. We had a cheerful gathering of the Luxembourg Mileses together with Jessie and her partner Jurrat on the Friday, sustained by an Indian takeaway. On the Sunday we mustered in a cold and gusty Brighton by a spume-flecked sea, our supporters’ club enlarged by Ella’s partner Sam and his sister Lucy, to watch our brave representatives all complete the full 21 kilometres. Despite the adverse conditions, Ella and Gwen ran personal best times. Jessie, Oliver and Uncle Nick also excelled themselves; sincere congratulations abounded. The sun came out after the race had finished and we all had a good lunch together at The Tempest Inn on the sea front.

Nick, Oliver, Jessie, Ella and Gwen, Brighton beach after the half marathon, February 2020

February unleashed repeated rain, storms, floods, acres of mud, and cold grey skies. We avoided the worst of the floods but not by much. Walking the dogs some mornings has been difficult, not least in keeping a foothold on mudslides. I have also been in and out of the dentist’s chair having overdue treatment. I continue to do some editing work part-time and realise that being over 60 years old is a significant obstacle to getting interviews or even acknowledgments for job applications. But my love of discovery and adventure is undimmed, so I am looking forward enormously to a visit in a few days’ time to Malawi, where I will at last see the Toleza farm and its local communities to which my brother Clive, his wife Julia (whom I shall travel with) and their family dedicated such a large part of their more recent lives. I have been wanting to visit the farm for years, and especially when I lived in the Cote d’Ivoire, but trans-continental travel in Africa remains hobbled by poverty, pride and national prejudice. It’s far easier to travel to and from Africa than within Africa.

Talking of which, getting around in southern England is fraught with difficulties for the unwary. Most of the trains on Southern Rail I have taken to or from London have either left or arrived late. Nearly all my weekend journeys by train have been lagged by bus or coach trips between stations. The process has also become unnervingly digital. I seem to have gone in 20 years in IT terms from early majority adopter to laggard. I continue to forget to charge my mobile phone before critical usage times. This cost me dear when I first tried to use my new over-60s railcard, which I successfully stored on my phone only for it to expire at the precise moment when I had selected my ticket at the machine. The seven people waiting behind me seemed unlikely to wait until my phone recharged, and there were other passive-aggressors lined up at the ticket office where someone was planning her extended family summer railway holiday in Wales, so I took the hit. It was the second time (out of two) that I had failed at the ticket machine, although I have since learned that I did not need to wave my mobile phone at it. The previous was when I inserted my debit card into the slot for notes (it went in). With another queue behind me I decided to wander off apparently unconcerned before being slapped back my card by the lady behind me as I waited inside the station in the ticket office queue. I have no idea how much is on my oyster card (I’m certain that it’s not the world) but I am petrified to use it when at the head of tut-tutting chorus lines. 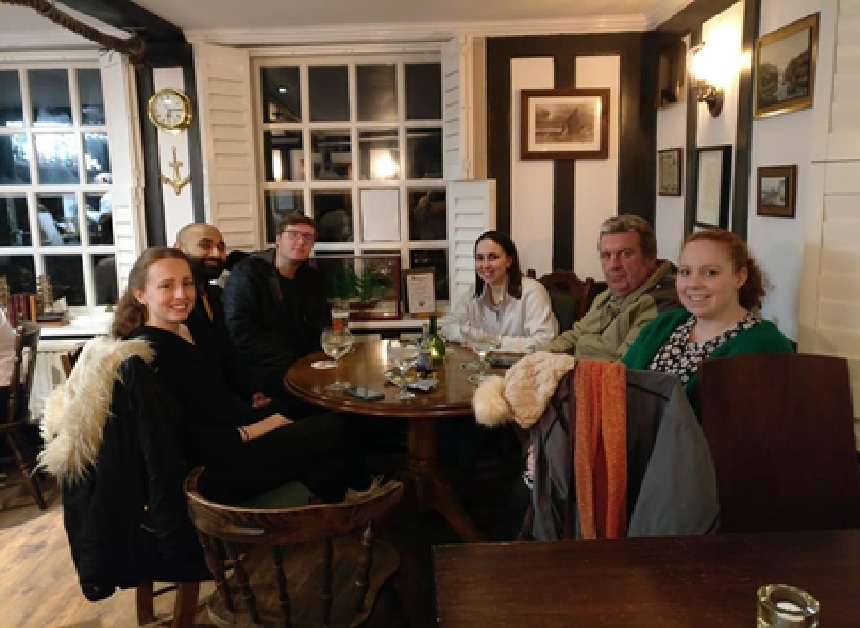 The final days of the month of pluviosity were spent surrounded by warm family bonhomie. In a brilliant Christmas choice, our magnificent daughters gifted us a weekend in Rye, the most popular of the cinque ports, in company with them and their short-suffering partners (of Jessie and Ella: Jurrat and Sam respectively). We went on windy wet walks visiting the Ypres castle, the churches (St Mary’s and St Antony of Padua), interesting shops, and Camber Sands, the embayment of the English Channel between Rye and Winchelsea, both old sea ports that gradually lost their seaside over a period of 500 years due to silting (the reverse of erosion). On that beach we were as severely wind-blown as the half-marathoners had been a week previously. We also visited several of Rye’s pubs and ate very well during its scallop week. It will become a memorable family weekend; its timing and inspiration massively appreciated by its primary beneficiaries, and it gave us all a chance to have a proper if short break from our daily routines. 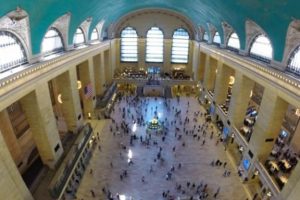 Ahem Some disenchanted summer has pitched up with light blue[...]