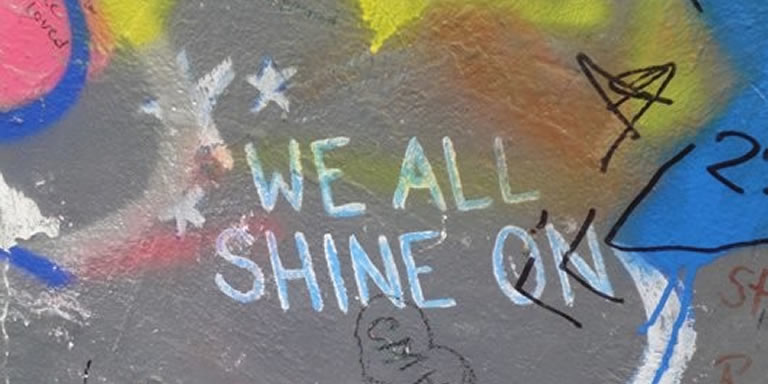 Our generation may be communicating less literately amongst ourselves than any generation past, despite being assisted by modern resources cheaply obtained and even more cheaply used, and despite there being a thousand times more communications and connections between us than amongst previous generations.

The evidence grows every day on social media that large numbers of people read no more than two or three lines of text (that which is offered before the chance to click through to the text) before they press the “like” button, or make a brief comment before they share the depressing cycle of vacuity. But the quality of such communications cannot be measured by their quantity, the numbers of clicked likes, screen views, online comments or quick posts.

Fewer of us are reading, and those who are, are reading less. But we are not so slow to come to a conclusion about what we have glanced at. So creating awareness has become a much more valuable skill even than in the past, when only journalists were just journalists. In the new field of communications opportunity, raising awareness is becoming an act of urgency, even of desperation, often requiring cynical misinformation or deliberately misdirected passion, justified by the sad truth, often stated, that fabricating or lying about an issue at least helps to provide access.

The aim of raising awareness seems to justify any means. Not because political decisions should never be influenced by emotion (they should) but because emotional responses are so often brought together with intolerant and deliberately prejudiced actions. Apparently, it’s fine to be prejudiced if your passion flows mainstream – you just have to keep checking that your prejudice is politically acceptable – that the Pooh stick does not get stuck in the doldrums or the shallows.

Engaging people – creating awareness – for example about hunger, poverty, violence, terrorism, might qualify as one of those aims that could justify such prejudice. But these causes compete for the same split seconds of febrile attention that are also claimed by celebrity watching, political party campaigning, quality time with children, watching episodes of Game of Thrones, keeping fit, and countless other activities and commitments.

Ways of successfully raising awareness may therefore need to be re-examined in the context of all the noise that drowns out the message and distracts the audience. But for the moment, shock, horror, outrage, fury and envy continue to trump calmer and more measured approaches. My advice is to take the extreme or urgent emotions away from such writing: this is the property now of images and graphics.

The best contribution of the word is to stay sober and organised: to express passion by staying in the right order; by not losing discipline or succumbing to insults, foul taunts and predatory abuse; to use words with their original cutting edges honed; to use words with their full meaning, as media commentators (John Oliver, Andrew Neil) have so recently, passionately and spectacularly failed to do after recent terrorist acts in Paris and elsewhere.

Words can raise awareness; words can make or break a reputation; words can inflame, irritate, please and pacify, so it’s vital to choose and use the right words in the right order in all communications. But it’s getting more difficult and more important to do so.

Whether it’s fair or not, people judge others by the words and the grammar that they use. Companies, institutions, groups, individuals who can use and understand a wide range of words and use good grammar to ensure that they are correctly understood are, well, better understood and appreciated by their audiences and therefore have a huge advantage in their communications.

A good use of language will mean that people will pay attention to what you say. Being a skilled communicator makes you far more confident and successful. Managers will assume that you are competent, clear and effective as a communicator. Potential employers will be impressed.

So how can this facility be learned? It’s very simple. Read. Read past the first two lines. Read every day. Read as much as you can, from as diverse a range of subjects and sources as you find. Ideally, do not read from the computer screen while online, read exclusively in silence and away from in-crowding diversions. Consider reading where possible from books, journals, print outs and newspapers.

Such reading “in camera” will have an early impact on the persuasiveness of your writing. You will find that your words will fit closer to their purpose, and that clichés will not work to give clear meaning any more. Nor will swear words and bad language. This approach will find you more readers and appreciators. You will also, incidentally, also receive more of that frothy febrile attention from the thousands of online scanners. But don’t let that put you off – there is potential benefit even in one computer click, as long as it was not too cheaply offered.

Ahem I’m sure you all know the feeling. For several[...]

Ahem We were no sooner back from holiday than Jessie[...]