April has been described as the cruellest month and it is true that April is often the month when cutting the grass, for example, is an option that looms large whenever the grass looms high. Cruel on those having to cut the grass and, of course, cruel on the grass itself. Not to mention all the tiny insects, worms, microbes et alia that also get very cut up about the whole thing. On the second day of April I decided to get the lawn mower out and after some difficulty starting the engine was eventually able to mow the lawn, albeit erratically. After much saying, doing, huffing and puffing later, the first big cut had at least and at last been done. Alli was not happy about all the cut grass lying around but I was much more philosophical about it.

Another sign of the new season is that Gwen and I have started taking bike rides together again. We had a great cycle trip together a couple of weekends ago, going up to the Schiggi Miggi Bar then left from the road on top of the hill into the fields, uphill to the farm then down across towards the main road to Altschwill and around the local gymnasium for a while then back home for lunch. Gwen is now very steady on her bike and her insurance will very soon be cheaper than mine.

Yet another sign of stirring tubas is that the first barbecue has been had, although admittedly it was pouring with rain as we had it. The barbecue, a Mexican clay stove chimenea that needs a lot of sand and glue, went well, allaying my grounded fears about using it. I had been able to put in some new sand and there was plenty of charcoal (an unusual touch, this), most of which I used as our guests arrived an hour later than I had expected them to arrive and I had to cook the meat in two different stages, one for the children and one for the adults. Essentially, we heated the garden for about ninety minutes before they arrived. We finished the evening playing five minutes of Balderdash before the screaming kid scenario took hold and our guests made an impromptu exit owing to their child’s toothache. I just hope that it wasn’t something she ate.

The fool’s day was spent by all of us in Flaine, a French skiing resort. I had gone down the evening before to pick up Alli and the children and drive them back to Basel. An excellent week’s skiing was had by all. Except by me of course. Maybe next year I’ll get to go skiing instead of being a long distance taxi driver. But I can report that the raclette that night was delicious.

I did spend a very enjoyable few days on business in Lyon, where I attended a conference and exhibition on biotechnology. I had left it very late to find a hotel, and had been unable to find one before I left, but first things first, so I arrived in Lyon and decided to try and eat dinner before sorting out the hotel. Bad idea. I could only come up with a small plate of jambon cru in a ropy café, having chosen the wrong side of the Rhone, then forgot where my car had been parked and only found it after a long and increasingly urgent hunt that lasted nearly an hour. I was exhausted and annoyed for losing my sense of direction so easily (and on practically no alcohol at all) and it turned into a comedy as I just found it impossible to remember how I had got from the car to the café and therefore wandered the streets of Lyon for nearly an hour. It was a truly ridiculous show from yours truly. It was past 11pm when I finally located my hire car and I then had to drive it back out of Lyon to search for a hotel with actual rooms available. At the second attempt in the grimy suburbs I found an ultra-cheap hotel that was entirely automatic; where a credit card had to be put into the slot outside the main door for a chit of paper to be produced giving a code to open the main door and the number of the available room. Luckily the contraption actually worked and I eventually found myself in a very Spartan room off the noisy motorway towards Marseilles. There was nothing spare in the room or the en suite bath room (literally everything was nailed down) but it was just what I needed after such an exhausting and confusing night. I lay on the bed and fell fast asleep – probably the best sleep I have had in months (le sommeil de l’innocent), and all for 27 euros.

After the conference was over, I got on my way to Mansonville in the Tarn-et-Garonne, where our house, La Hune, is located. It was the first time, since it was renovated seven years ago, that I had ever gone to see it “out of season”. It was a very long drive, and there was some extremely bad weather as I crossed over the Massif Central, seeing the volcanic area around the Puy de Dome with the mountains covered in snow. At times the rain was blinding and incessant. I had to slow down often. As I neared the destination going through Montauban, I was horrified to see that a warning light lit up on the Mickey-Mouse dashboard, blink for a while, then stay on. Memories of an oil light going on seconds before the engine blew up on our previous car the Galaxy some years ago, dominated my thinking for the last 50 kilometres and I finished the rest of the journey with my heart in my mouth. As I got near to Mansonville I was practically holding my breath and this rather spoiled the auspicious occasion of my visit. I just glanced at my house as I passed, since I decided that in the circumstances I would drive straight to the house of our friends, Vanessa and Guy, across the valley (they had heating).

I spent the next morning in a series of telephone calls with Europcar, who are not at their best on a Saturday morning in rural France. Hours disappeared in a welter of telephone calls and conversations with local pick-up trucks. Later in the day I was at last able, with the help of Jacques, who looks after La Hune, to look around the house while Jacques explained to me all the things he had done. Generally everything seemed to be in quite good order and, for those of you availing yourselves of the facility later in the year, the roof has stopped leaking.

The drive back to Switzerland the next day was pure drudgery and again although I had a CD player, maddeningly I had no CDs. There was just a short wave radio that could not keep tuned to a radio station for more than ten minutes. That’s France for you. In all I drove for just about ten hours back to Basel. I drove through mountains and flat land, through hot sun (in the morning), pounding rain (in the afternoon) and snowstorms (in the evening) just west of Geneva. It was one of the biggest and most varied continuous drives I had ever done. All in all the day went quickly even without music to entertain me. Unbelievably, even the French radio stations were on strike. The snow blizzard, which I had been expecting thanks to the blackleg weather forecasters on the French radio and to warning signs on the motorway, hit about 50 kilometres west of Geneva and followed a period just after Lyon of very heavy rain and sudden falling temperatures. It was curious to be driving so slowly and carefully through the mountains in a freezing snow blizzard when I had started the day in the bright sunshine of south west France. The car, a fiddly diesel Lancia Musa, did not help me but it did help to confirm my profound dislike of Italian cars: bitty, uncomfortable and badly designed.

The next day I watched the television drama of the Vatican Robing Room Farce in the company of two Germans as the new Pope came out on the balcony. My German friends were both horrified that Cardinal Ratzinger had been elected. They were making some truly disrespectful jokes.

We have seen Gwen in her first school concert, for pre-schoolers, kindergarten and Year One children. They duly sang their songs, well marshalled by their music teacher, Mr Ulloa, a rather precise looking Mexican, and apparently very strict, as I was gravely told. But he was clearly in charge, possibly as a result, and seemed to have achieved the miracle of getting all these children to do something coherent and chordant together. It was quite an achievement. Gwen kept her composure very well, seemed to know all the words, and also to enjoy herself a lot.

Both Jessie and Ella have been practising with their bands (Ella’s is not yet named) and Jessie’s band – Spent – will soon be competing in their second Battle of the Bands contest at school. They are playing an eclectic selection of songs and hope to improve on their position six months ago in the same contest. The late news is that the Killers concert is back on. Back we go to Zurich in July. I hope the lads have got their work permits now. 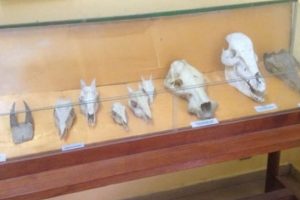 Ahem Modern global media seems to destroy more than it[...]

Ahem Rain has been falling rather too often this month,[...]