Some disenchanted summer has pitched up with light blue skies, greyish clouds, hawks spiralling the Wolfsloch field, and a white-skinned sun, allowing the false Spring to stalk off in varicose disgruntlement: puffing, wheezing, late. I swam for the first time this year on 13th June in the 16° pool, lovingly prepared by Alli, and just before a sudden storm shook the windows, battered the henpecked vegetables, and knocked over the flowerpots.

Alli spent some days in Geneva for a makeover and came back beautiful. I stayed at home with Gwen and Bonnie while we had some sunny days, but the intermittent curse of rain still hung over us like a witch’s sleeve. One night we were hit by a sudden electric thunderstorm which centered over our village. I experienced a childhood flashback: going to bed feeling safe and dry with a proper storm crashing over the roof. The previous night, the Barnes of Biel Benken had invited me over for a cowboy dinner at their ranch as the roiling clouds gathered over the hill. We had grilled meat and beans with hot chilli garlic sauce and salad, and Curious lager from Chapel Down in Kent. The Barnes came back later to visit Alli, bearing a plant and a huge jug of Pimms, of which I felt I had to help them to dispose. I went with my date Martin to an Agatha Christie play – A Murder is Announced, produced by the indefatigable local treasure Richard Brown. Having never seen the play before, I did not expect the final revelation. It was a comfortable play to watch, well acted and professional in presentation and impact. I have never worked out the murderer in any Agatha Christie plots, harbouring a private and partly substantiated conviction that she made it impossible logically to do so.

The following week I drove to England to see Neil Young in concert and to inspect the small flat that we have just bought in Brighton. Conveniently located close to the University and next to the crematorium, a giant Kwik-Fit garage and an excellent real ale pub (The Gladstone), the two-bedroom flat looks a steal at a sixth of a million pounds. I met the amiable Rachel, Jessie’s flatmate, and I moved some (although not all) of Jessie’s possessions into the flat. I stayed during the visit (in case anyone is checking) with the very hospitable Davises of Tunbridge Wells). Neil Young at 67 was as loud, rude, grumpy and grungy as ever. I enjoyed the concert, but at times he was self-indulgent, with several long song-finales and an apocalyptic slew of feedback. Of which, ‘Walk Like a Giant‘, in which rubbish was blown across the stage, turning it into a kind of slum back-alley as Neil sang about being a leaf in the stream, made a memorable and unique impression. The O2 audience didn’t help by remaining absurdly static and unresponsive throughout sweaty air-punching metal classics such as “My My, Hey Hey“, “Powderfinger” and “Why do I keep f—kin’ up?“. My date Nigel likened the motionless sea of heads in the mosh to the Chinese terracotta warriors seen from behind. He had accompanied me to the concert after a very long day at work, politely remarking afterwards that the seats were not very comfortable. I returned via Folkestone and a first ever visit to my cousin Madeleine. A delicious sun-blessed lunch in with her and her father in an impeccable Kent garden; conversations about hedgehogs, small dogs and squirrels, perennials, and the classical furniture and portraits brought over from Scandinavia. I completely missed the Tesco-that-couldn’t-be-missed on the way out of town. 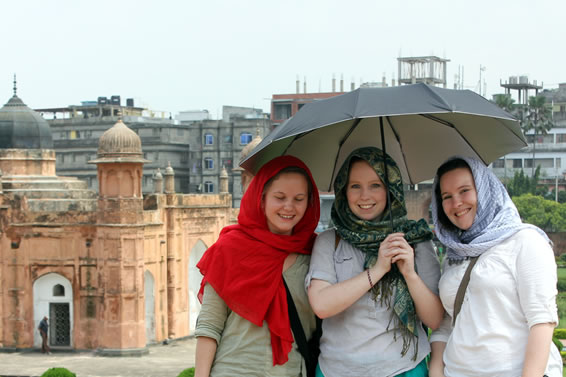 Jessie went to Bangladesh to work on an assignment for the German Criminal Law Foundation on prison and justice reform and corruption prevention. She will be there for three months and immediately started blogging colourfully on her experiences: http://bangladeshjess.wordpress.com/ and http://www.traliving.com. Shortly afterwards the results of her degree exams came through: an upper second in Law. What a result! (and better than mine 35 years ago). 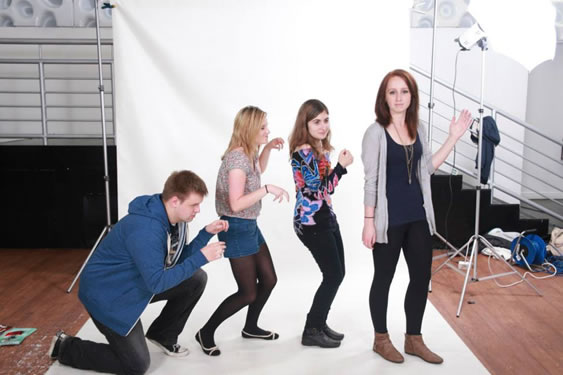 Ella finished her second year exams and came to Basel on a surprise visit, saw some friends then went on to a meeting (and photo-shoot) near Loughborough with all the Uni student heads of media, before arriving with Sam to furnish and set up at the Brighton flat ready for a summer job and a dose of Onoesque seagulls. Gwen continues to spend a lot of time online but consents to be driven to and from parties, of which there are many. Unfortunately, a record number of her close friends are leaving this year and she organized a last supper for them which was understandably tearful, as was the last day at school and most of the parties arranged around the leaving time were tear-strewn. Fathers’ Day brought me, as usual, some very thoughtful and useful presents from the girls. I saw Al Murray at the Comedy Club, and if laughing out loud is the measure of a comedian’s ability, then I spent much of the evening laughing out loud. I was one of those asked what my name was but when I told him, he didn’t accuse me of being a limp wristed Jewish Frenchman. Instead he asked me what I did, and when I said “blogger” he lost interest completely. It was amusing to hear him tell an American, who had admitted only to working in the “uhdermodive” industry, that normal people would have just said “cars”.

Alli’s purse was stolen from her bag in the Géant supermarket, setting in train a day of cancelling credit cards, car dashes and police visits which culminated in the discovery of the purse in someone’s garden nearby avec credit cards but sans cash. Ella’s surprise visit preceded by a couple of days the visit of Laurie and Kay (Grandpa and Nanny Miles). Grandpa set about making over the garden immediately and announced to my embarrassment that he had found no less than five strimmers in my posession, of which only one was good and actually worked. I had completely forgotten about the one that worked, a legacy from my friend Monty last year. In a couple of days, Grandpa turned the garden into a neat, tidy, well-ordered greensward, tirelessly working where I had not. We all went out to dinner together at L’Ange one night to mark Ella’s visit, and again a couple of weeks later with Andy and Dawn, with whom we also visited Leymen’s medieval Sommerfaescht at the Landskron Castle, where the weather threatened what could have been a splendid bygone experience of axe-throwing, leather, woodsmoke, beer and flammekuche. At least it allowed us a long-awaited climb to the top of the tower where Dawn overcame her fear of heights and we were revived by a 360 degree view of the Rhine Valley, the Leimental, the Jura and the Black Forest. We were also invited to a barbecue at the Richards of West Leymen. Our arrival was the cue for a crashing sub-tropical storm that converted the intended garden event quickly into a primmer dinner indoors. The following day Martin took Laurie and Kay to play golf at a local club on what was fortunately and randomly a sunny and pleasant day. But as you can infer from the large amount of weather in this narrative, you never can tell with the weather, although we get all the news we need from the weather report. Really, we don’t actually need a weatherman, we need a weathercock.

with head in clouds,

Ahem We went to a restaurant in Huningue, Autour de[...]

President Ouattara’s declaration threatens Cote d’Ivoire’s stability There has been[...]