We were no sooner back from holiday than Jessie announced that she was going off for a week of “detoxification”. I was dubious about this but said nothing, as I am learning to do in such situations. A bit of roughage never hurt anyone, to my way of thinking. A few days later it was all over but a gut feeling tells me that Jessie is not going to do it again, and not in a hurry.

There has been torrential rain, flooding and mud slides in many parts of Switzerland. The extraordinary weather conditions this year have not, however, dampened our enthusiasm for living here, despite autumn/the fall appearing to start even earlier than in the Northern Hebrides, and as we passed our first anniversary together of Life in Switzerland we were all in agreement that this has been a good idea, although the shape of neither my bank balance nor body have actually changed very much.The girls were positively looking forward to going back to school (which started a few days ago), and all have made some very good friends over the past year and no doubt will make many more in the next. Just last weekend they were all at the European Skateboard Championships (as spectators) and helping to introduce some other children newly arrived from England to the Basel scene.

I have been playing tennis with Ella again on the local indoor court in Oberwil. This featured a spectacular example of the well-tried adage: “Don’t do as I do, do as I say”. The court is actually on the second floor of a building which mostly houses squash courts on the first floor and so already presents an unusual and unfamiliar environment. Ella did not start well and was getting angry with herself so I reached back into my fading memory of when I was a intermediate-flight tennis coach, and I told her just to concentrate on hitting the ball well and true, (the sweet spot of the racket) and forget about where the ball went or whether it hit the net. This seemed to work rather too well and after a while Ella was hitting me all around the court and I was the one mis-hitting the ball and getting angry with myself. I have always found this technique to work every time but I have rarely seen it work quite so well as to put me in fear of losing to my daughter. Try this yourselves at home: if you can concentrate on being sure about hitting the ball well (and getting your feet positions right) than the ball will miraculously and invariably go fast and low over the net, and also land inside the line. It almost never fails: The Inner Game, as I recall the technique was entitled. The following week Ella successfully made it to the quarter finals of her local club competition. Now she must play the No.1 seed and I must remind her to play The Inner Game.

Did I mention my financial difficulties? With four extravagant females of different ages to support I am running on empty. I am all too well aware of this most mornings, especially those when I do not for one reason or another (torrential rain being one of them) cycle into work. On such occasions I need to find a few small coins to pay for the tram fare, a matter of a few rappen (pennies). Last week when this occurred I found I had no money at all on me so I had to go on tip toes into Gwen’s bedroom while she slept and raid her little money box for the necessary coins. (I did pay it back in the evening).

Talking of cycling, my wounds from last month are now healing, but my left elbow is no longer the shape that it used to be. I am now extremely careful riding downhill, especially the notorious Benkenstrasse. In partial mitigation, I am considering joining the local Morris Dancing troupe (just over the border in France, and one of the only permanent ones in continental Europe, as it happens), due to inordinate pressure from my office neighbour, but am constrained by what others might say about my mental health. Also I need, obviously, to grow a ponytail and cheek hair, and redevelop the ability to drink twelve pints in a single evening, so I may have to wait a while before I don the bells, jerkin and pig’s bladder. But don’t be surprised if I end up in a Mummers play by Christmas. 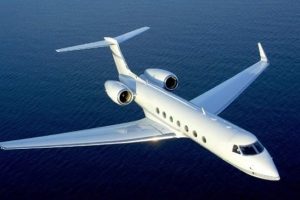