Ahem
My efforts to cycle more regularly to work were impeded by rain, which fell for too much of the month. When I did manage the hour-long journey, it was more than twice as tiring as it had been when we lived back across the Swiss border. On dry and warm days the main problem consisted of mosquitoes and other hovering insects smacking into my face, nose, eyes and mouth as I pedaled along field tracks and towpaths in the gloaming. On the 11th there was a huge hailstorm in Basel; the streets turned white in less than five minutes in an inappropriate re-enactment of the winter.
Gwen went to a swimming competition in Gstaad and helped the school to win it for the sixth year in a row. Gwen’s swimming is of high quality. Her best stroke seems to be the butterfly, a stroke that I use seldom, primarily because by the third consecutive stroke I am actually under water and sinking. Ella went to England to inspect potential universities in a school trip and came back inspired and certain that she wanted to go to one of the LSE, Warwick, Loughborough, Oxford, Bristol or Bath to study politics and international relations, or something similar. She is now mired in end of year exams in all her selected subjects, and has been revising determinedly. Jessie, as she had promised, jumped out of a plane in New Zealand and free-fell for a while before parachuting to safety and thus raised over a thousand dollars for a local water charity. I add my thanks to all who helped her raise this money. We are all looking forward to seeing her when she returns home on 14th June.
We invited our fellow cul-de-sac neighbors to a drinks party on one of the less rainy Saturday afternoons. This was a social risk of a high order, but a necessary one. The party featured several conversations that filled gaps in our knowledge about the house’s recent history. There is a sticky residue from a simmering local marmite of resentment left by the previous owner, who in the past ten years seems to have irritated practically everyone in his vicinity. He has not removed his possessions from our garage and has not accomplished several other agreed tasks. Having encouraged him a few times to boucler l’affaire I have received scant acknowledgment, but my irritation is more than assuaged by the sheer pleasure of having taken possession of this beautiful and extraordinary house, whose acquisition which we celebrated on a day on which, providentially, the weather allowed us to use the garden and the pool liberally. The house warming party was one of the biggest we have ever organized, with over 100 guests, who brought generous and imaginative gifts for the house and garden. The clear-up afterwards was much less onerous than expected. Some of Ella’s friends had kindly helped with the party and this made a huge difference both during and after. Our swimming pool, painstakingly cleaned just in time, had become loamy and green, lacy with pond skaters, bug nymphs and water boatmen. Even a couple of frogs had started living in it. Their full-throated mating calls from the pool steps had been waking us up at night. But the party and the many compliments we received about the house helped us to feel even more well-established in our new location. Our huge life-helping of luck continues to work for us.
A week earlier we had an excellent Sunday curry lunch with some friends in Ettingen, and we also helped a friend move some of her possessions to a rented duplex opposite us in Rue de la Scierie. We are now the owners of an antique Persian rug, a spacious wicker basket, an easy chair for Ella and several art books. I went to the USA on business and met Alli’s long time friend Christiane and her husband Helmut in Atlanta one evening when I played truant from an evening work engagement. We had a great meal together at a fish restaurant and then enjoyed a drink at the top of one of Atlanta’s tallest buildings, watching the city revolve around us as the bar revealed 360 degrees of Greater Atlanta in 35 minutes. I also went to Washington DC and indulged my passion for Ethiopian food, also discovering a promising new restaurant chain called Ketchup while staying at the new swanky suburban development of National Harbor. This was directly after a visit to my wealthy Swiss dentist who pulled out no less than six of my back teeth (up with which of course I was fed). I am in consequence masticating more cautiously than usual. I went to see two comedians, Rich Hall and Ed Byrne, at the Funny Laundry series of shows in Basel. It was the first stand-up comedy I had seen for many years and was well worth the steep ticket price. Poetry purists might also like to know that I voted for Michael Horovitz to be the next Oxford Professor of Poetry. Horovitz is one of the last links to the 60s Beat poets and he edited one of my favorite and best-thumbed collections of poetry, Children of Albion: Poetry of the Underground in Britain. I hope he wins.
With free verse in mind,
Lionel 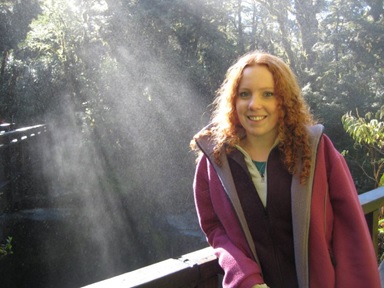 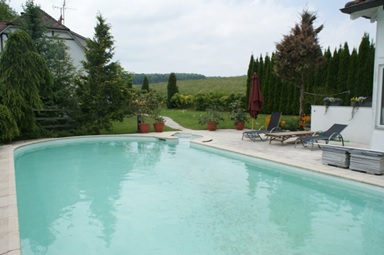