With driving rain, padding fog, feathery snow drifts and hard bouncing hail just in the first few days of the month, I did not stray far from my home office. I tip-tapped away precisely in my corner on a revived and repointed lap top like a short-sighted stub-fingered stonemason. In the second week there was a particularly clumpy fall of snow, which shuddered and slumped on us suddenly and everywhere just as if it had been swept off the roof of the sky. The last gasp of the winter perhaps, but the mornings stayed frosty for much of the month.

Our family managed to commune by Skype on the 6th to discuss and celebrate Mothering Sunday as well as my birthday. We had a jolly chat that somehow managed to lack those pauses and interruptions that often go with a Skype call. It featured Jessie in Dhaka, Ella and Gwen with Nanny and Grandpa Miles in England, and Alli and me in France. Soon afterwards, Gwen went on a geography trip with her school to New York. It did not seem to have involved very much geography, at least not in the academic sense. Gwen did as I have so often done myself in the Big Apple: walk for miles and especially around Midtown and Central Park. After several weeks unable to train through injury, Jessie is back on the Dhaka streets and on a countdown to the London Marathon on 24th April. If anyone would like to sponsor her and assist the brilliant work of Meider Jonno Asha, the women’s education charity and shelter in Dhaka, Bangladesh, please use this link.

We had a very enjoyable dinner party with our friends the Morrises and the Staubs, with glittering conversation and fish pie, pumpkin soup, and prosecco & aperol cheesecake. Earlier the same day I had driven to Ranspach le Bas in a freak snowstorm to see Wynne’s public début in the Choeur d’Hommes Liederkranz, sitting with his wife Nathalie. Whilst the singing didn’t quite have the hywl of a Welsh male voice choir from the valleys, it was impressive, and the musical pieces by the village orchestra, the Musique Union, were nicely idiosyncratic. They carried off Ravel’s Bolero and van Kraeydonck’s arrangement of the James Bond Theme with style, swerve and passion (the last bars of the Bolero providing the swerve), and threw in a fine Panis Angelicus and the theme music of Game of Thrones. But quite what a Welshman amongst Frenchmen was doing singing the English Rugby national anthem was a matter best referred to the land of our fathers (or, in my case, mothers). I also enjoyed the choral interpretation of Amsterdam, which describes sailors’ customs and practices in the Port of Amsterdam and needed the permission of the local curé to be sung in the sacred confines of l’Eglise Saint-Maurice. Given the anger in the words in the original Jacques Brel recording there seems no way to sing the song in a religious way. I also went later to the Musiksaal Stadtcasino to see the Sinfonieorchester Basel play pieces by Alberto Ginastera, including the Harp Concerto and the Danzas de la Estancia (the first of which, Trabajadores Agricolas, was exuberant helterskelter and made me think of Goya’s Burial of the Sardine), and finally a more pedestrian Brahms Second Symphony.

A collective birthday among friends was celebrated when we went with the Jarvises and Barneses to Le Gaulois in Bartenheim, and apart from a great meal, I was given some excellent Kentish beer (which lasted less than 24 hours), beer glasses, Indian Masala Chai and South African Rooibos tea. A couple of days later Alli went on a geography trip to Orschwihr for lunch with LeAnn and Dawn. The following week we joined the Jarvises, O’Haras and Jasper for an energetic walk around Vieux Ferrette, and had the first barbecue of the year the following day in the garden of the Jarvises under a misty sun. It was a good start to Easter, the first that Alli and I were to spend on our own, without children. At the time, I briefly considered having the Easter Bunny distribute mini-chocolate eggs around the garden on Sunday morning and giving Alli a basket to pick them all up but then reflected that it might look a bit odd to the neighbours. But we celebrated our 27th wedding anniversary with a good dinner at L’Auberge de Neuwiller and over the weekend I managed some digging and pottering in the garden, as well as a long tail of client work. Easter Sunday started with a stunning sunrise and a surprise message from Gwen to say that she was coming from England to see us. I picked her up from the airport the same afternoon and she stayed for four days, watching Friends and visiting friends. Her visit made our Easter feel right. She was to come back, as foreseen, the following Sunday, after Alli and I had covered some broad acres picking up litter from nearby roadsides and paths the previous day in a Keep the Haut-Rhin clean operation that naturally included lunch for volunteers in the village hall. 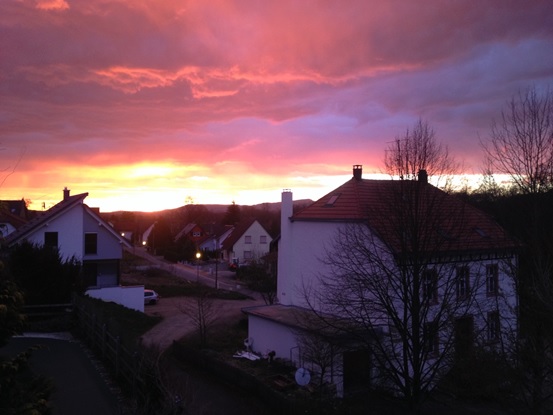 Easter Sunday morning, Rue de la Scierie, Leymen
One day I went by train to Freiberg in Germany where I had lunch at a Japanese restaurant with a business colleague. I was not aware that the British Royal Air Force had flattened the medieval centre of the city in November 1944, killing 2,800 and injuring 9,600 civilians in a 20-minute bombing action by 300 Lancasters with 15,000 incendiary bombs. The railway station and outlying factories were untouched, and the glorious Freiberg Munster miraculously survived, but most of the medieval old town was destroyed and the University devastated, then all was completely rebuilt until it was as good as old. 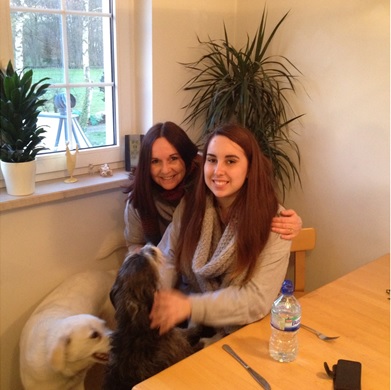 For a meeting in Basel, I visited the recently erected and immediately recognisable Roche building, the tallest structure in Switzerland at 178m. There is a lift system which brings one of the many swooshing automatic lifts smoothly on request-by-touch, a micro-electronic perfection of the old dumb waiter system. It was fine on the way up, delivering me impeccably to one of the higher floors, but failed to help me much on the way down and out. After the meeting, I waited for some minutes outside the designated lift with the gentle tinging sound of other lifts arriving too far down the corridor to run to and enter before they smooched off to the next level, and I wondered if my request had been actioned, logged, queued, or just archived. Only the computer knew. So I waited dumbly alongside a Roche employee who lifted his eyes to the trompe l’oeil ceiling in response to my beetle-browed enquiry. But I still thought it all very cool, clean and modern, which somehow mitigated the wait, and provided an example of the slogan “If Apple did elevators…”

Yours manning the pulleys, 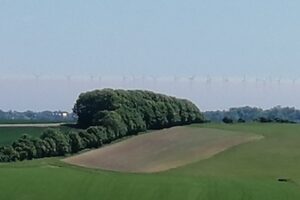 Our generation may be communicating less literately amongst ourselves than[...]