Ahem
The rainy season here in the Cote d’Ivoire should have finished in October at the latest, but there were still regular thunderstorms throughout the month during which rain would hammer down for hours at a time, turning unmade roads into massive mudslides and making gurgling rivers of roadsides, culverts, and storm drains. On the National Day of Peace, a public holiday, I had left early with my beach bag, towel, book and dark glasses, with the intention to sit by a pool at a local sports centre near the lagoon. I was excited by the prospect of a rare day of relaxation. The weather in the very early morning been encouraging, the sky blue with a few light clouds. But even as I arrived at the club, the optimistically entitled Sol Beni, light and feathery threads of drizzle were blowing across an empty terrace and pool, and vast, bulbous shadows were gathering to blot the sun. I dragged out a sun-lounger and hauled a mattress on it, assuming the rain would give up after a while and wander off across the lagoon. It didn’t. It just got worse and heavier. Ten minutes later I had retreated to a nearby gazebo where I bought a coffee and opened a book that I wasn’t counting on reading until much later. Tragically, the gym was closed. The rain was determined, falling hard, fast and heavy on the lawn as I stared in disbelief at it. The club house where I was intending to have lunch was now separated from the gazebo by a flash lake which had even developed its own wave pattern. The downpour lasted from about 10 am till past midnight. I beat a retreat after a desultory lunch and watched the rain pour down all afternoon from home. I went to sleep worrying about the people from the poorest areas of the city who would surely have lost their homes and be sleeping outside. Almost nothing is done by the public authorities in these cases, and people in the shanty towns are completely at the mercy of the weather. There was no news in the local media the next day. Mohamed told me what had happened in his neighbourhood, which along with his house had been flooded but not seriously damaged. Real damage had occurred nearby however, and the whole side of a street had fallen down a gorge in which a vast pile of rubbish had already been collecting and festering for years. This had mingled with backwash from the broken cesspit due to the lack of street drainage.

The stark contrasts in Abidjan being what they are, I must mention here a short but eventful walk I had around Abidjan’s snooty European-dominated golf course a few days earlier with a friend who has a very friendly Husky. The walk was prematurely ended after a vibrant altercation we had with a short, fat, choleric Frenchman who claims to run the place (and who walks his poodle on the lawns every afternoon). Earlier, a groundsman had told us that we should not be walking a dog while a competition was going on. Although we had kept to the public paths and the dog was secure on a lead, we decided to take his advice and were making our way back to the car park, when we were interrupted by a shouty man gunning his motorized caddie in our direction. He made straight for me, showing no sign of slowing down. I moved aside but he turned the wheel and deliberately targeted me until a last minute handbrake stop a few inches short of my shins. I couldn’t help laughing at the absurdity of it all, as the man was shouting and spluttering even before he clambered with difficulty out of the little car, his temples pulsating alarmingly. We soberly reminded him of our public rights on the public paths, but he told us to foutez le camp, that we were branleurs and that he would phone his chums in the police and the army to have us thrown into jail if we ever thought to mettre nos gueules in his golf club again. I thought of the fun value of lodging an official complaint. But in truth I would hate to provide the straw that confirmed his splenetic curse-laden expiry.

I have been mired in the formalities of buying and “importing” the Jeep I acquired in September as an investment against paying too much in the way of taxi fares. The purchase has unleashed a full dustpan of officialdom and bureaucracy into my world. A circular paper chase developed between the vendor and myself, characterized by demands for original signed documents witnessed and stamped, with copies to be notarized, stamped, witnessed again, stamped again at certain phases of the moon, taken to the palatial Ministry of Transport for official authentication, lost, found, copied again, and so on to time-warped infinity. In the meantime I resorted on impeccable legal advice to using illegal number plates – BAD 2057 (being my 100th birthday, when I reckon I will be getting legal plates). It has taken three months of pen-pushing to register the sale of a car bought in half an hour from an employee of the incompetent UNHCR, after which the car has become a temporarily displaced and illegal alien refugee.

I went to an excellent film directed by a Burkinabe, Appolline Traore, called “Frontieres”. It’s the story of four women crossing national African borders to conduct their trade as market vendors. The women meet in buses as they travel through several countries towards their destination of Lagos where they each have different things to buy, sell, attend or achieve. During their long trip, they gradually discover a sense of community as they face down highway robbers, cheats, liars, and become involved in shouting matches, fights, and other contretemps between passengers. But their worst experiences are at the border crossings, where the coach travellers suffer the impacts of official corruption, theft and loss of documents and possessions, experience sexual abuse, and random violence, including rape and murder. I found the film rough and raw, but its slow revelation of solidarity through empathy in crossing borders was very impressive. It was my first ever visit to the cinema in Abidjan. I invited Mohamed and his brothers, for whom it was their first ever visit to a cinema.

I was invited again to the Dembele family in Adjame for another family celebration: the baptism of Mohamed’s twin cousins, children of his brother Abu. The wider family group comprised about twenty people and I took a photograph of the group. It was a happy occasion as the photograph below suggests, and it was interesting that the proportion of women in the group was over 75%, men being rather elusive on these occasions. But I recall that a recent portrait of the wider Stanbrook family had an even higher proportion of women and girls – natural selection works its own ways. Preserving religious balance, I was also invited to attend the 60th birthday party of a colleague at work. She had promised a full day of celebration and being very devout had organised a Mass at the Cathedral of St Therese in Markory, followed by lunch and dancing. We arrived during an enormous thunderstorm which magically cleared just as the Mass started. The dancing started at the beginning and continued throughout the Mass, with full on disco and dance music through an electric organ, and plenty of clapping, throaty singing, dancing and waving hands in the air as the service developed, including the Communion celebration itself. I had to leave right afterwards so was unable to stay for the fete champetre but the party continued for some time, aided and abetted by the wine that had not been intended for the Communion. It reminded me that, in my poverty phase 35 years ago, I had bought a bottle of “vin de messe” for a youthful party in Brussels in the belief that it was table wine. It was the cheapest wine I could find but it was meant for the Catholic faithful. I made the mistake of drinking it, and it left my tongue furry for weeks.
Let the sun shine in,
Lionel 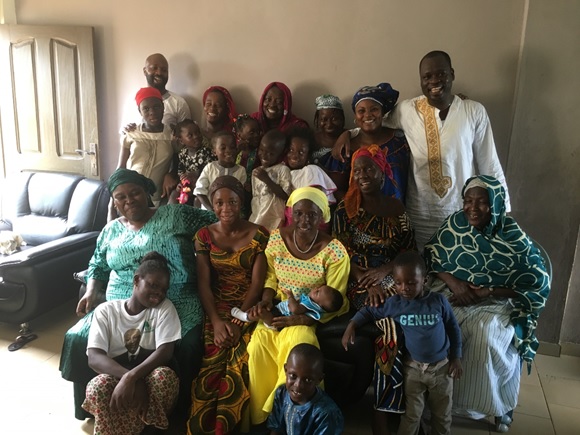 Ahem I have finished Philip Pullman’s Northern Lights, the first[...]

Ahem After such a long Christmas holiday break, going back[...]