In these partially wooded fields of this corner of the Alsace on a weekend morning, single people in cars or vans drive around repeatedly trying to find somewhere wide open and uninhabited in which to walk their dangerous dog. You can tell them apart from drivers as they park uncomfortably somewhere off-road and then scan the scenery, often with binoculars. When they see someone walking a dog, for example me or Alli and Bonnie, they get back low-shouldered into the barking car and drive off again, hating their lonely chore. In France, domestic dogs are generally not trained to be sociable with other dogs. When walking with Bonnie, Alli frequently takes evasive action after having had some unpleasant moments with aggressive dogs. There is a noticeable contrast with Switzerland, where dog training from puppyhood is compulsory; dogs wag their tails, bark with pleasure and amiably sniff round each other all day long.

A woman walks Goran, her muscular musky Husky, at more or less the same time as Alli or I walk Bonnie. The energetic Goran follows his own instincts with hooray brio, pulling the woman around until she falls over and loses the lead, whereupon the dog rushes off, believing itself to be pulling a sledge. After a while it gets bored pulling the lead and gallops over heavily to annoy Bonnie. Goran is the only dog in the world that dog-loving Gwen hates. Many mornings we can hear the woman despairingly shouting for Goran as she clumps after him across the echoing fields. She, of Thai origin, blames Goran’s habits on the fact that he is after foofoo. It crossed my mind to tell her that I was after foofoo as well, but then I thought better of it, as it might not mean pounded yam in Thai.

Alli and I hosted a Sunday roast lunch with friends, featuring mackerel paté, two roasts (pork and lamb), parsnips and a treacle pudding. We also went to parties at the Jacobs in Basel, the Kellys in Aesch, and to celebrate the first birthday of Master Leo French. My fifty-fifth birthday was spent quietly and, inevitably, in front of the computer. On the next day I went to England to enjoy my Christmas present from Jessie and Ella, which was to see the Jayhawks, live in London for the first time since 2001. For Jessie and Ella this was a long-awaited moment, as they had both grown up listening to Jayhawks songs and had always wanted to see them live. My friend Adam came and we all had dinner at an Italian restaurant opposite St Paul’s. Ella and I then stayed overnight just by Tower Bridge.

Jessie came to Basel for a few days with her boyfriend Faron en route to Ultimate Frisbee championships in Italy, and Ella came over for the Easter break, arriving just in time to join Alli, Gwen and me for our celebratory 23rd wedding anniversary dinner at the very good Le Lion d’Or in Rosenau. Gwen has transferred her affections to One Direction. And if you have to ask you don’t need telling. Ella went on a seven-day deprivatory diet featuring mostly vegetables. They created again an essentially female home of four women, one bitch and four hens. And me. 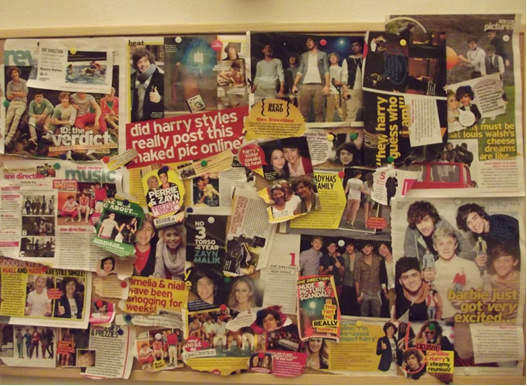 We have been letting the hens out from the run periodically to enjoy a diet of worms and fresh grass, theirs having been eliminated long ago. On the first outing, two large buzzards swooped down shrieking and nearly took them. We now stand, sit, dig or sunbathe guard when they are out. Two of the hens have also taken to flying when they want to get near me as I dig over the patch (it’s not me they want but the worms). Their routine of peck ‘n dump will damage the garden, so I must find a way of protecting the plants when the hens are out, and the hens when the buzzards are out. The worms are on their own.

Yours scanning the sky,

Ahem Summer has arrived and so have all those things[...]