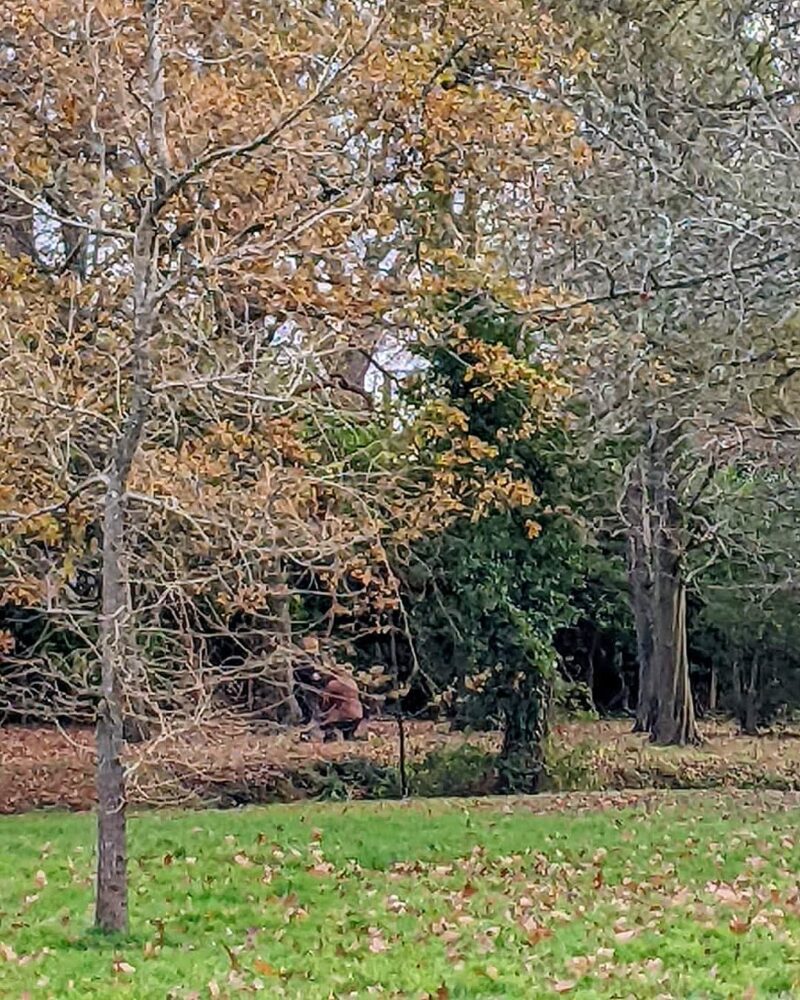 On 5th December, Jurrat knelt in the autumn leaves before our first-born daughter Jessie in the garden of Broad Oaks and asked her to marry him. She accepted and her sister Gwen (who was nearby) burst into tears, and Jaxon, their sensitive Staffie, jumped for joy up and down around them. So we will have a family wedding soon but not just yet, since details such as travel, visas, bridespeople, best person, person of honour, ushers, sidespeople, and location are still to be resolved. It was a partially staged event in which our middle-born daughter Ella, as the interim family press officer, had the unenviable position of herding us oldies into the kitchen to announce the breaking news in synchronised syllables, even as the live action was going on in the garden. We all celebrated afterwards with champagne and mince pies, postponing to next year the Christmas wreath-making for which we had foregathered. 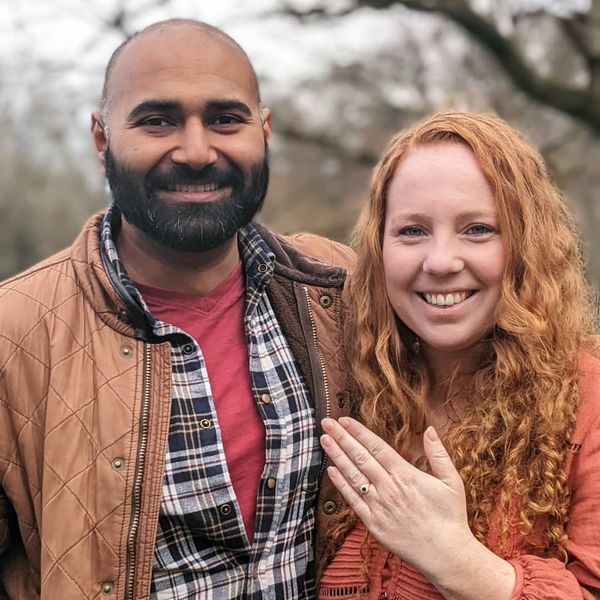 More celebrations took place on the following weekend as Gwen, our last-born, celebrated her 23rd birthday. Jessie hosted a birthday tea event at her flat for the whole family plus cousins Sophia and Oliver and grandmother Kay Miles who was on a first ever sortie to Jessie’s flat from Broad Oaks. Jessie had prepared an amazing array of home-made vegan dishes, many tasting exactly like their meat, fish or dairy originals: scones with cream and jam, vol-au-vents with strawberries, carrot-based smoked salmon, mince pies, chocolate brownies, dainty sandwiches, a fantail of plant-based cheeses and more. Ella baked a birthday cake and some delicious biscoff cup-cakes. It was an esculent vegan cornucopia.

In between these happy events, Jessie, Gwen and I went to a gig at the Prince Regent pub in Brighton, where the soon-to-be-famous indie band Jonodream headlined with songs about ordinary stuff like tragic love, religious doubt, and nearly drowning on the beach at Aberystwyth. I had expected it to be good since it was commended by our friend Ramon, who is expert at discovering good bands in Brighton, all the way from his watch-tower in New Zealand.

We had a scaled up family Christmas with Gwen arriving on the 22nd and the Luxembourg Miles Massive arriving on the 23rd, Jessie and Jurrat on Christmas Eve, after many of us were royally entertained once again in J+J’s Brighton flat for a sublime brunch of smoked salmon, trout and home made latkes. Back in Broad Oaks, two Danish-style Christmas ducks with trimmings were cooked by Susanne and eaten by almost all later the same day. Alli played a major supporting role in preparing and cooking many of the dishes in advance. I produced some Christmas potatoes and Brussels sprouts that had somehow outlived the pestilent onslaught during the summer. Rightly, they were scarcely noticed among the more exotic and sophisticated dishes on offer. Ella and Sam live so close that they were able to attend the unexpurgated family Christmas highlights, walk Maisie, and still sleep in their own house. 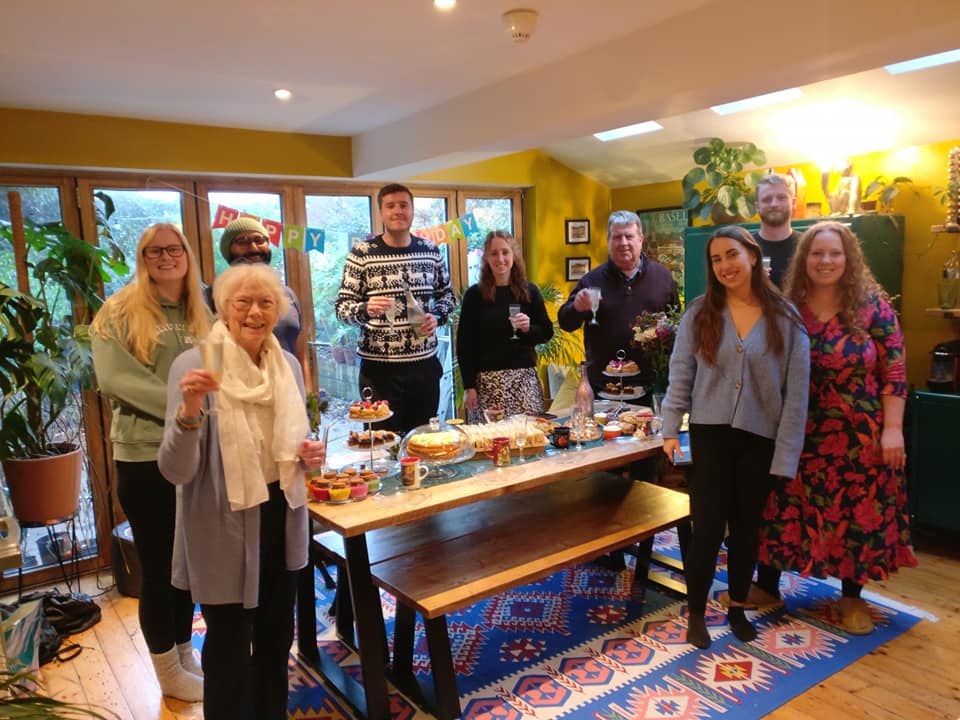 Christmas Day was damp but warm. I left early in the morning to serve as a marshal on the Haywards Heath park run, to raise the spirits of 250 runners (including Ella). This year our family cut back on Christmas gifts, adopting a more sustainable and partial Secret Santa approach. Nevertheless there was a mound of presents under the tree on Christmas morning. Jessie cooked Christmas lunch for us again, with vegan and vegetarian options and two enormous geese. In the evening Uncle Ant presented a well-prepared wine tasting challenge, revealing our knowledge of wine to be pitifully sparse. Boxing Day saw an elongated dining table again crowded with food from the Danish tradition, expertly cooked by Susanne, and washed down with schnaps and other ways of answering the regular call of ‘Skal’. We played card, board, and online games, and rambunctious drawing charades. However, no progress was evident in our abilities to draw, intuit, or decipher, but cousin Ollie managed at times to call the answer from a mere squiggle.

Our Christmas was above all safe, with few expeditions out of the house and lots of Covid testing even as the new variant seemed to be knocking on our own door. The pandemic, derived from ancient Greek, is now over half way through the Greek alphabet, which resolved the early naming crisis: B.1.1.? The Kent strain? But even the Greek alphabet has its limits. When the current variant was discovered, the next letter in line was nu. But WHO officials decided a homophone for “new” would confuse – “the new nu variant.” The next letter was Xi, but was rejected because it’s the surname of the President and half the population of China. So that’s why the newest variant is called Omicron.

The next variants will be chosen from the remaining sequence: Rho, Sigma, Tau, Umicron, Phi, Chi, Psi, and Omega. I am glad to have put to good use my study of classical Greek, but by the time we get to Omega we won’t be rising but the real toll of UK deaths might be half a million strong. We’ll need more than a new alphabet or a new PM, but a new government and a completely new national mentality. Or shall we all just carry on like this?

Despite all the fluster and bluster, I wish you all a happy, healthy, and better New Year 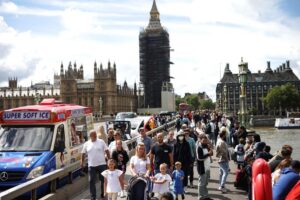