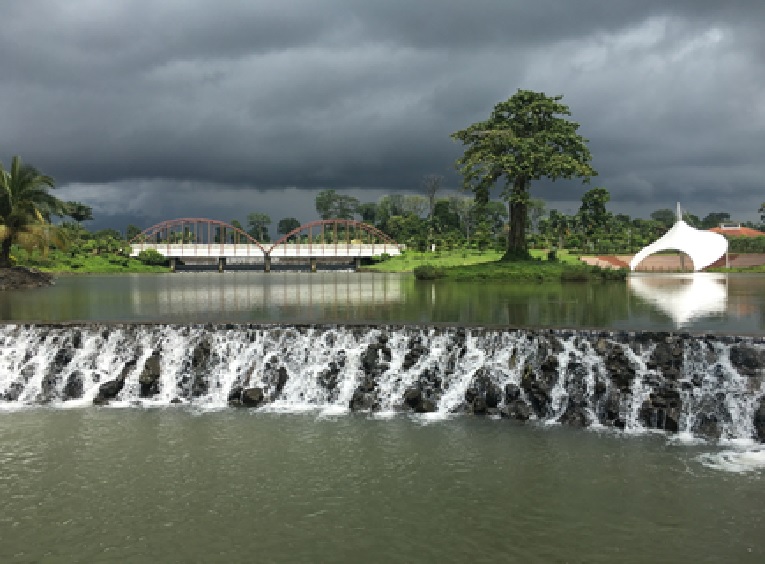 Ramadan ended in thunderstorms and rain, which took some lives and left more without homes as floods damaged or washed away many precarious shanty domains in which millions have to live, work, and bring up children. The rainy season has been unforgiving, and for the first time in nearly three years here I could easily distinguish the season by the weather. I spent two weeks in nearly as rainy Malabo, Equatorial Guinea, attending meetings on Bioko island in the Gulf of Guinea, as well as participating in a chaotic media tour on the mainland. It is the only Spanish-speaking country in Africa and I was delighted to get by with my creaky castellano, treating it carefully like an old friend I hadn’t seen for years. After discovering oil in the 1980s, most of Equatorial Guinea’s exports are petroleum and natural gas, now contributing more than 80% of its GDP. The oil boom ended some promising agricultural modernisation and narrowed a diversifying economy, including a nascent but profitable cocoa bean sector. Most people remain very poor and the country’s wealth flows largely to the ruling family and its acolytes.

Bioko must once have have seemed like the garden of Eden, and early Portuguese settlers named it ‘Formosa’ (beautiful). The best examples of the plenteous trees, bushes and plants can be found in the national park, around which I meandered one morning. The park features football and basketball pitches, a lake and miniature waterfall, a tower with a viewing platform (closed), cafes (closed) and a cultural centre (open) where I bought a book of Spanish poetry written by a local, Recaredo Silebo Botoru. I stopped often to look at the trees, including my favourite tree, the gigantic Ceiba Pentandra (see below), known as Fromager in Cote d’Ivoire, and as Kapok in Mexico, the Caribbean and central America. My interest was provoked by my reading of a new novel, The Overstory by Richard Powers, this year’s US Pulitzer prize-winner. It features nine characters whose lives and relationships are intertwined by trees, and offers a grand central perspective from the Earth’s forests, under threat from loggers and other despoilers. A central insight is the (proven) discovery that a forest’s trees constantly communicate with each other by a chemical or neurological code transmitted from root to root and from branch to branch. The novel is extraordinary and its insights have made me think very differently about the environment. 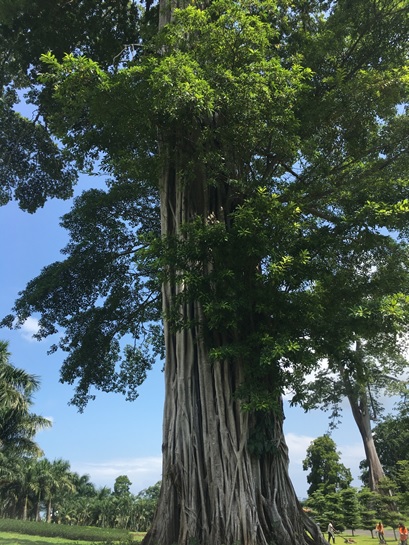 After the meetings I joined a media tour organised by the government to introduce journalists to the country and its economic prospects. Much of the programme was not achieved due to optimistic estimates of travel time around the different towns separated by tropical rain forest on the mainland, and long periods of the African speciality of waiting around in listless groups for something to happen or somebody to arrive, leave, or make a decisive move. Our visits were pared to those that were not time-sensitive: a catholic basilica in Mongomo; a breakfast that became a late lunch in Bata; roadside stops for male incontinence; a story-less press conference in Malabo.

In two days we trundled in ancient vans for over seven hours in a crazy zig-zag around the country, unnecessarily spending the last night in a brand new ultra-luxurious hotel in Djibloho owned by the President’s family. Its Italian manager claimed a dubious 20% occupancy rate and riskily bemoaned his fate as a well-paid maestro without an orchestra. The fixtures and fittings, service, rooms and food were top quality, but it was a ghost hotel in the middle of a virgin rainforest, a lonely billionaire’s paradise complete with sumptuous facilities and unnecessary marble floors, everything built by imported Chinese workers. It was similar in Sipopo on Bioko Island, where the hotels, guest houses, dining and conference facilities were all located and policed in areas inaccessible to ugly taxis, rickety buses and poor people. As a countervailing message, we were often told about the cheap social housing for those of limited means as we passed passable blocks of flats on the road. The government’s economic programme creates gated areas for the rich (for which there is undoubtedly a strong and growing market) as well as education and human capital development as a quid pro quo. Time will tell whether the oil-created gold dust will settle on the country’s 1.2 million population (average income $3 per day) or just be carted off to other billionaires’ paradises for a mess of pottage. As for all African countries with an oil dependence, revenue has dipped since 2014 and is only now picking up, and hesitantly. This explains why there is no construction activity at the almost-finished new University for Central Africa in Djibloho. There was nary a crane, digger, or concrete-mixer in sight. However, the rows of student dorms and empty grey technical institutions are regularly tidied and treated with liberal doses of insecticide, as the stricken corpses of giant stag beetles on the paths showed. Those that were moving were being carried away with difficulty and efficiency by ants, nature’s most efficient cleaners.

There was a dramatic moment before the final press conference in the prime minister’s office, when a limp body flopped out of the lift in front of us just as the doors opened on the ground floor of the ministry building. A man, his supplicant arms outstretched along the ground, was lying half in and out of the lift. He was gently led away by a government official. It was a bizarre and disruptive moment, explained to us as a just a deranged man who often hung around the ministry begging for money. Maybe, but it also looked like an example of collective public desperation breaking through the public relations presenting the country as developed and inclusive. We were invited to move along. Another incident, in which a female journalist was arrested, charged and stopped from leaving the country because of a breakage in her hotel room conspired with other shows of incompetence and heavy-handedness to make the last three days a dissonant coda to the smoothish running of the meetings the week previously.

I came back to the office to find my office flooded from the ramshackle air conditioning system. Luckily, no damage was done and the only casualty was a screen, quickly replaced.

Ahem I divided the month of July between working in[...]

Ahem   Ella has landed her first job in journalism,[...]