We had some welcome visitors at the beginning of the month, most particularly Miss Ana Kiera McClay and her family. Just over one year old, my god-daughter is already toddling around and talking a lot more clearly than her own father. Providentially, as the only daughter in a clutch of sons, she has her mother’s looks. We all went together to Hagenthal, just across the border into France, for the Degustha wine and cheese fair. The fair incorporates a few large tents and lots of stalls offering samples of good food and wine from all over France. Between us we bought some boxes of excellent wine, a generous side of pork, duck sausages and several types of cheese. That same evening we had an indifferent Indian meal at the Taj Mahal in Basel, which argued with our culinary satisfaction from the afternoon. But the duck sausages, eaten the next day, were incomparable.

For Alli’s birthday I gave her an electronic pet fence. This was of course code for “All right, All right, at last I agree that we can get a dog…” Arguments had been building in the Stanbrook household over the question of getting a dog for several months and I decided to capitulate, the part of capitulation being even better than discretion in the valour stakes. Gwen in particular had wanted a dog for a long time, and two years without a dog in her short life was a lot longer than in mine, and especially since her previous memory of Stanbrook family dogs consisted entirely of our aged and arthritic bachelors Basil and Jasper. Alli was delighted because she had been allergic to dogs when she was growing up, so had had only had Basil and Jasper as canine pets until now, although this was a fifteen-year experience. Since Basil and Jasper both died around the time we came to Switzerland, we have had a gap in our household in the past two years, and Alli had been pointedly walking other people’s dogs for some months already, just in case I hadn’t got the message. So, for all, the long wait was over. Within hours, it seemed, a dog was procured and lent to us on approval. Unfortunately he had an aggressive streak and was given to fighting with other dogs, as well as occasionally and suddenly snapping at Gwen while she was stroking him. After a couple of difficult weeks we decided that we had to return him and so have just this week welcomed a new female puppy of only fourteen weeks into our family. Type decidedly Mongrel. Temperament temporarily docile and lovable. Name Bonnie (after animated family discussion). Chews shoes.

I have spent nearly two weeks of this month in Japan, Korea and Singapore on a business visit that allowed plenty of opportunity to enjoy the new sights and sounds of these countries. There were many memorable moments, but a Teppanyaki meal in one of Tokyo’s finest restaurants stands out. It was expertly prepared and cooked in front of my eyes as I sat at a bar on the top floor dining room of one of the big hotels in Tokyo. The Teppanyaki cook was an old man who did everything with calm, self-assurance and simplicity. Assisted by an array of all the most correct utensils, his movements were sparing, decisive and determined; executed with perfect confidence and deliberation. After serving best Kobe beef and a selection of vegetables, scallops, chicken and rice, at the conclusion of his precise labour he bowed proudly to us, having turned in a great performance and a great meal. Staying on the food theme, at the weekend in Seoul I ate Sunday lunch at a small and cheap Buddhist temple restaurant hiding at the end of an alleyway that, as I later discovered, the New York Times had listed as one of the ten finest restaurants in Asia.

Our girls are all working much harder this term in their new grades, and bring copious amounts of homework back from school. Everyone is very well and thriving, and we are looking forward to the rare experiences of welcoming cousin Christine from New Zealand and brother Clive (lawyer from Brussels / farmer from Malawi) this weekend. 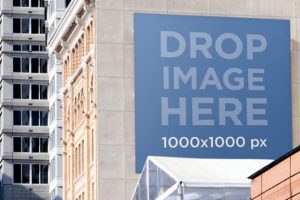 Strategy and Alignment: don’t hang up a banner

When it comes to informing staff about a new strategy[...] 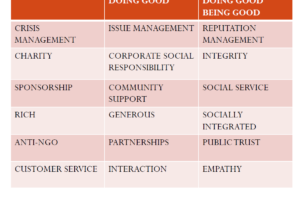 Brand value and reputation management after Covid-19: From PR to sustainable integrity

We have all lived through and are still living through[...]