From my window, I see building work in progress on two of the three plots in the intervening greensward that remains between our property and our next neighbour. This year will see these works completed, and the length of Rue de la Scierie is also being dug up again for the purpose of the great French national exercise of attaching every septic tank to the main drain. Being a grand projet of ex-President Sarkozy, this noble initiative has lost some momentum recently, as has the bright idea of every car driver having to carry an alcohol testing kit. The penalty proposed for not having such kits at all times had already been twice delayed and will now be postponed “sine die” in the words of the new Transport Minister. Other obligatory items that must be carried in every French car include a warning triangle, a driving licence and manual, car registration documents, personal identification documents, a torch, yellow reflecting coats for all passengers, a Savoy hunting knife, a slab of Bleue de Bresse, two bulbs of garlic and a bottle of Chateau Mouton Rothschild.

Alli and I travelled to a grey white Brussels to be at our friend Laurence’s 50th birthday party. Like the knickers-shaped peñata that Laurence deftly destroyed on the terrace of the restaurant at midnight, it was a great big mixed bag of a party where we met several old friends, some of whom we had not seen for many years. The previous night we went to dinner just outside Louvain-la-Neuve with some friends and then afterwards to the Clef Vert, a bar in Genval that I remembered well from a generation ago. Everyone there looked twenty-five years older than they were twenty-five years ago. We stayed with Laurence and Claude in Rixensaart, arriving in the midst of a snowstorm. They were brilliant and unrelenting hosts, together with their son Corentin, daughter Ambre and her friend George. The party was held at their friends’ restaurant La Saladelle, just a couple of hundred metres from where Alli lived when she and I started to go out together in 1987. I had come a day earlier and had stayed in the venerable Hotel Metropole, able also to see my brother Clive for lunch and exchange health stories. He trumped my arthrose with his gout.

Talking of which, my hospital visits continue and I have started physiotherapy after eighteen months of little or no physical exercise and am now proud to wear a compression sock. Our French health insurance, being of the transfrontier kind, is regarded with deep suspicion by all receptionists of Swiss medical institutions, and I am invariably looked at askance whenever I give them my insurance number and its provenance (Paris). On one occasion, a monolingual angular lady at the Lungenliga sent me away after telling me that I didn’t have the insurance, even, apparently, to talk to her at the desk. Whenever I am at the Bruderholz hospital I am told by a different monolingual angular lady to fill in a form which asks for the Swiss insurance details that I have just told her I do not have. On the last occasion I simply threw away the form and tiptoed past the desk like a cartoon character when the M.A.L. was engaged with someone else. I went off as originally planned to my medical appointment. To my surprise, this turned out to be a rectal examination of the prostate gland, so the sense of achievement as I tiptoed out was somewhat muted.

Alli and I went with Dawn and Andy to a burlesque show in Basel: “Burlesque, Gin and Swing” which was frolicsome, fulsome and fun. It included a gin tasting, revealing what I should already have known: that gins come in many different enjoyable types, sizes, flavours, colours and tastes. Burlesque is a fascinating art form in which enjoyment, laughter and performer confidence are always tugging on the sleeve. Clothes serve only for dressing up and to be taken off in mimed stages, music to set the mood, acting to make a scene, and the compere to upstage the entertainers and titillate the audience. To illustrate these fundamental truths, the compere of the night was a six foot tall man in a moustache and a skin tight glittery green rabbit suit with large ears, a prominent lunchbox, and a very dirty mind. None of which, of course, is anything to do with Basel’s annual carnival, the Fastnacht, which started the following night and provided the cue for Alli and Gwen to go to England, leaving me alone with a needy Bonnie and the cold embrace of repeated snowfalls, sub-zero temperatures, grumpy chickens and my new diet, which mostly consists of a 80% overall cut in alcohol consumption. I got through the other 20% in one evening out in the village with Martin after we finished the fifth edition of the French Letter, the newsletter that we edit.

Jessie has been playing a lot of Ultimate Frisbee and evidently very successfully, both competitively and socially. She told the world one Monday morning that she had had a “brilliant weekend with stacked, 8th place and spirit winners of aye aye! Haven’t laughed this hard and much…ever?” I am still looking for a translation of this but it certainly sounded good. Alli and Gwen stayed in Burgess Hill for a pampered week, allowing the ritualistic shopping to be done at Primark in Brighton, friends to be seen, Nanny’s home cooking to be eaten, and for Gwen to fulfil a very long-awaited visit to the O2, accompanied in a big-sisterly way by Ella, to see One Direction, previously only experienced in print, poster, album cover, tee shirt, video, screen, towel, book, blanket, DVD, magazine, lampshade, greetings cards and TV.

Yours shouting out loud, 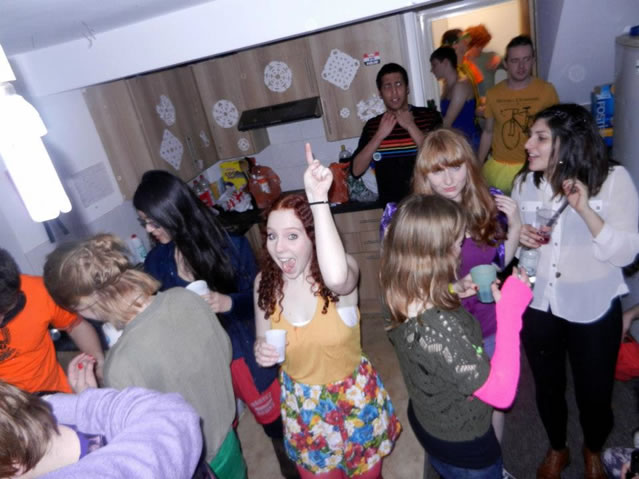 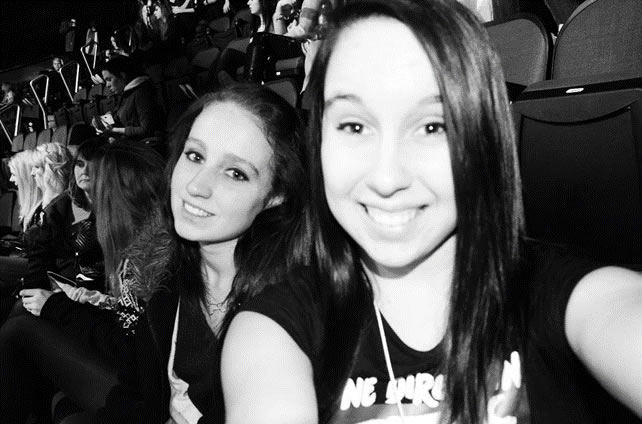 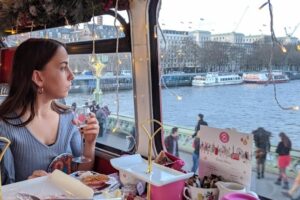