The merry month started with hot weather but finished with abrupt downpours and a clammy-cold Whitsun holiday while our social life moved to a higher plane as we gave or received hospitality virtually every weekend. Our ritual of inviting bemused neighbours to view the BBC coverage of the Eurovision Song Contest while drinking several bottles of wine held good, although the music did seem particularly appalling this year. 12th May was a busy day for us, with Jessie’s treasure hunt party during the day and several neighbours round for dinner the same evening. The “pirate” treasure hunt celebrated Jessie’s sixteenth birthday. I devised a complicated trail of rhyming clues and linked questions around a neighbouring village for a large bunch of teenagers and by this means managed through a long hot afternoon to tire out all Jessie’s friends, who, having started the day sprightly and brightly, dressed extravagantly as pirates with shining cutlasses, returned slowly in dribs and drabs no less than four hot hours later, breathless, exhausted, looking more like shipwreck survivors, with feet blistered, protesting loudly and many suffering from cabin fever. Jessie´s group won the elusive treasure chest, I am pleased to say. I was also amazed that so many of them got so many questions right and earnestly did so much work in doing so. Secretly I rejoiced when, later, one of Jessie’s friends called the hunt “wicked” in a thank you letter. I created another rhyming treasure hunt shortly afterwards for some work colleagues. Again it was deemed successful but far too long. I began to wonder if devising and creating tiresome treasure hunts could be that true vocation that I have waited for over thirty years to be revealed.

The Bottmingen pool, elegant refuge of all those in the locality without swimming pools in their gardens, and of those without gardens, has at last opened for the season, and Gwen and I made our way there with a friend on the first day, bumping into Ella and her friends (including new boyfriend) during the afternoon. It will surely become once again our extended garden for the summer, a lido and pleasure grounds for the modern age with even a shower for the unwashed. The down side has been the ferocious return of the hay fever affliction, and this has limited my enjoyment of the summer weather as tree pollen became grass pollen, or whatever it is that marks the beginning of the testing season for hay fever sufferers. Mine is still bearable, in the sense that it is more about sneezing, snuffling and rubbing my eyes. Gwen also suffers and we have often been out together, feeling our way widdershins with streaming or swollen eyes around the fields, with or without Bonnie (can dogs get hay fever?)

Alli and the children went to England over the Ascension weekend and saw Laurie and Kay as well as Nick, Helen and family while I stayed in Basel to cover at the office in the sweltering heat. The girls had an excellent time during their brief stay in England and were as usual well fed and fabled by the family. They saw most of their friends and proved that the whole of West Sussex is a village by bumping into others coincidentally. There were plenty of purchases, and the girls proved and polished our expatriate credentials by returning with an eclectic collection of bulked purchases: baked beans, Paracetamol, blank CDs, Penguin biscuits, sausages, white short-sleeved shirts, bacon.

I spent a week in Toulouse on business and managed to find the time to drive over to our French folie de grandeur, La Hune, which was rather magical in the May mist with its overgrown garden and the Spring flowers, including a big rosebush by the front door whose florescence I had never actually seen, having not been there at that time of the year. It was too early for the hollyhocks but as I walked through the house a bit later under a pummelling torrent of rain, it was clear that the new roof was holding firm. There were no tell-tale tippity-tappity sounds coming from upstairs, to my considerable relief. I was entertained extravagantly and spontaneously by our hospitable neighbours the Verdiers and I also saw Mme Cazaubon, who keeps an eye out on the property, and I was able to provide immediate advance funds for the latest domestic problem as reported by her son Jacques, namely the imminent expiry of the water heater. We are about to have the ground floor of La Hune tiled, and Alli and I are holding our breaths at the prospect of this second major renovation in the old house within a year. This momentous event signals the end of my father’s imposed era of applying colonial red paint (incorporating some sort of industrial insecticide) straight onto the concrete, a remedial development that is much to Alli’s relief.  We have also found the philosopher’s stone: a mild-mannered French tiler, and we have agreed a price and he has agreed to the timing for the work and the supplier has promised to produce the tiles, which we chose on site last year. There are nevertheless plenty of challenges left to come, not least a last-minute misunderstanding over the tiles, but we each have our fingers as crossed as a church with its steeple, opening doors and all the people.

Yours with bare knuckles, 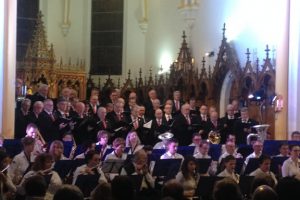 1. Identify the Stakeholder Concentrate on the stakeholders who can[...]

Ahem Every morning and every evening over a million straw-coloured[...]