Our annual holiday in La Hune, Mansonville was as eventful as ever, full of incident and occasion, with a grand total of 27 different people this year enjoying its unique charms. This year it seemed that this part of south west France area is starting to change. While there had always been a lot of English people around (mostly residents and expatriates), there are now many Dutch, Belgians, Italians, Spaniards and even Germans travelling and holidaying in this area. I say ‘even Germans’ because that part of the country was forcibly and violently occupied by the Nazis for eighteeen months from 1942 and memories are understandably long about some of the events that occurred during that time. Now, history is receding: restaurants are starting to offer menus for tourists. Many houses have “for sale” or “sold” notices on them, there are estate agents in the villages and the number of dilapidated or neglected houses has declined sharply. Even the tiny bastide village of Mansonville now boasts a restaurant, shop and hotel (albeit all in one establishment) and although we had a disappointing meal there en masse it can only get better and it is certainly a lot better than nothing. The village also boasts new house building and restoration. It has a weekly market and there are pots of copious geraniums in the village square. This is a far cry from what my parents and I saw when we first came to the village to look at the ruin that was La Hune ten years ago. They would be amazed at the improvements in the village which suggest that this part of France is at last starting to realise its potential. I think they would also be pleasantly surprised at improvements in the house which now has a newly tiled ground floor and a properly repaired roof. It had been my father’s dream to acquire and restore a big house in France that could be done up well enough to host friends and families, provide pleasure, relaxation and entertainment for them and especially for children in the summer months. As I mused in the sun while seemingly dozens of children shouted excitedly in and around the swimming pool, I realised that this dream has become a reality. I wish he and my mother could see it in its mostly finished glory as they only ever saw it in their minds’ eyes and before it began to be restored.

What did the holiday consist of? There was extensive daily use of the swimming pool. Much wine of very different qualities was consumed, there were more financial crises for me at the bank (including a desperate trawl of the ATMs in Valence incautious enough to forward me advance cash), there was dinner (twice) at the Auberge de Bardigues, a village fete at nearby Mauroux, the eight children and six adults chasing around on a Treasure Hunt around Mansonville as well as games of hide and seek, drawing charades, a disco party in the playroom and countless other games involving full pelt dashes around the swimming pool or the house, card games at night, intensive stargazing of course (always a lot easier on a lounger at dead of night with a good brandy). There were Belgians all over the place – Alli’s friends and their friends and children, currently and originally from Brussels. There were not so abstruse arguments about English grammar: do you say “There are loads of meat” or “There is loads of meat”? I would have thought that the answer was obvious, but many others disagreed. What do you think?

On a canine note it was Bonnie’s first country holiday (she got on well with all her country cousins of extremely dubious parentage as well as with a new friend who stayed the first week, newly shorne Frank from East London. Together they guarded the house in a firm and telepathic partnership. There was an uproarious night of free-flowing Ricard at Vivou’s bar, and we (or various combinations of us) went go-karting, to the honey museum, to the rococo-baroque splendour of the church at Lachapelle, for lunch at the creperie in Valence d’Agen, to markets in Valence, Montcuq, Auvillar and Lectoure, for walks along the Canal des Deux Mers, for less relaxing shuffles around vast second-hand furniture showrooms in Agen. This year we had no sudden hailstorms, no bats in the roof (although several circled around the house every evening and lived between the tiles of the loggia). We did no biking and ran only to answer the call of nature. We gained weight.

We came back to Basel to find a garden rather less overgrown than we had expected, but there were quinces galore on the quince tree and I collected them, persuading Alli to make them into quince jam, and this I am now enjoying. The weather since we arrived back has been very disappointing, and although there have been some fine days, we have not had the summer that we expected after the no-show of snow over the winter months. Part of the village had actually been flooded while we were away and we could afford to hear this news with equanimity since our house is high on a hill. We are all worried that the summer may have finished already. The children have of course gone back to school and a new cleaning lady seems to have started with us, slipping under the net when I was not looking. The new trampoline has seen prolonged service and Gwen has several new friends who have moved recently into the neighborhood. Jessie and Ella are back intensively seeing their friends, also rehearsing with the band for the school’s regular Battle of the Bands. Most of us are back on a detox diet. It’s the least we could do.

Yours with cracked wheat, 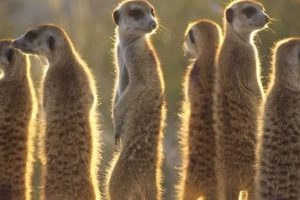 Decision makers, scientists, journalists and the public often base their[...]

Ahem My efforts to cycle more regularly to work were[...]