For those interested I proffer a work update. I am drafting, editing and writing, now known as “content generation”, and content in so doing. This contrasts with my situation last year, when I was averaging one job application every two days and seemed able to do little else. In all, I applied for 120 jobs and obtained three interviews. My interview technique, while not good, cannot therefore be to blame for over 117 rejections. With a CV that used all the business cliches, I must have failed the cut so often either because of my photo or my date of birth. My money’s firmly on the date of birth. But as soon as I decided to go ahead and do what I really wanted to do, everything changed overnight. I became a freelance writer and editor, specialising in scientific writing, clear expression and simple English, with sidelines in facilitation, social media analysis, project management and expostulation. The work started to come in. Suddenly it was an advantage and not a hindrance to be an elder. Now I am generally content with generating content, possibly the most misunderstood commodity of the 21st century. I understand of course that the current work may not last, and that I am truly in the land of random.

We went to dinner with our friends at Jay’s Restaurant in Basel in another attempt to find out if there was a good Indian restaurant in Basel. Many candidates have already been tried and so far we have yet to find one. This could easily become a expatriate obsession. We have also had the second and third social evenings bringing Baselers and English speakers together (EnglishSwissTalk). Martin and I went to see the Mayor of Leymen for a brief interview which we then published in the second issue of the French Letter for Leymen. Madame Le Maire talked to us coherently and frankly about sewers and drainage and sleeping policemen and local taxes. It all made me feel a bit like a Liberal councillor, but I drank myself out of it later in the evening in L’Ange with Alli, the Richards and my business associate Steve, who had come to stay from the UK on a business trip.

We had an enjoyable dinner party with our friends the Smiths, the Richards and the Malyons, all admirers of the grape. The dinner therefore included a short entremet wine tasting exercise in which I offered four different red wines for tasting and asked those present for their identification, origin, and approximate price. The result was reasonable, with most getting much right and only some wrong, and everyone accurately placing and pricing the most and least expensive wine. But one oenophile, visibly disappointed in his personal result, was heard to observe that he obviously wasn’t drinking enough wine. In that case, I thought, given my knowledge of wines, I have barely started.

The women’s first team of the University of Sussex won the UK Ultimate Frisbee indoor regionals for the first time ever and the women’s second team came 4th, thus also qualifying for the national championships, the first second team ever to do so, so to speak. Jessie, who plays for Sussex’s second team, got her first ever callahan and also won the prize for the most valuable player in the whole tournament. A callahan is a defensive player’s act of catching a frisbee on an interception in the opponent’s end zone and is worth a point. It is the Ultimate Frisbee equivalent of a golfing hole in one. I am very proud of her for this, but I did have to look it up. Ella has been powering ahead with her new role as the musical point-guard of student Loughborough, researching and writing articles and interviews as the music editor for the student magazine Label. She has interviewed several singers and bands and has also been volunteering as an assistant worker in a local Cancer Research fundraising shop.

Alli, Gwen and I went away during the international school half term, spending five interesting days in Istanbul. We sight-saw, enchanted by the competing calls to prayer of the muezzin, luxuriating in an Indian summer, seeing several Mosques: the Blue, the Sultanahmet, Ayasophia, the Topkapi Palace. We saw the Yerebatan Sarayı, the Basilica Cistern with its fish and its fascinating Matilda head plinths, Leander’s Tower and the Rumeli Fortress. We found the Grand Bazaar rather same-old so we didn’t spend much time there, but we did keep our final morning in leisure to select and purchase a couple of small carpets made in Eastern Turkey that we liked. It was explained that these carpets are so colourful because the area in which they are made isn’t, being mostly grey and white. We also took a boat trip up the Bosphorus from the Sea of Marmara (Marble Sea) to the Black Sea, remarkable for the fact that the east bank of the channel is in Asia, and the west bank is in Europe (tectonic plate-wise), but both sides are in the city of Istanbul and in the country of Turkey. By arrangement we met an Oxford friend of mine from 35 years ago, Richard, who introduced us expertly, wittily and summarily to Istanbul, giving us excellent bearings on our first full day. We also met Troy, a friend of Gwen’s, who had been at school with her some years ago. Alli and I had lunch with his mother while Gwen and Troy sat apart from us. We were all involved in gossip and remembrance one way or another. A mix-up with the timings on the return tickets meant that we missed the return flights by 12 full hours and had to come back via Geneva on re-arranged tickets.

What of new did we learn during the visit? 1. A grateful Turkish Government presented Kemal Ataturk with the then biggest yacht in the world, made in the Liverpool docks in 1923, and currently moored on the Bosphorus (which is a strait and not a river) as a corporate hospitality site. 2. Jesus Christ is mentioned in the Qu’ran almost 100 times, and a good Muslim also believes that Jesus was born of a virgin. 3. A house near Ephesus in Turkey is visited by tourists as the joint Christian and Muslim shrine of the last abode of the Virgin Mary. Some Roman Catholic and Muslim pilgrims consider it to be the place where she lived with the apostle John until her death. 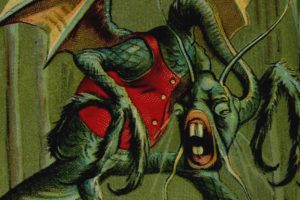