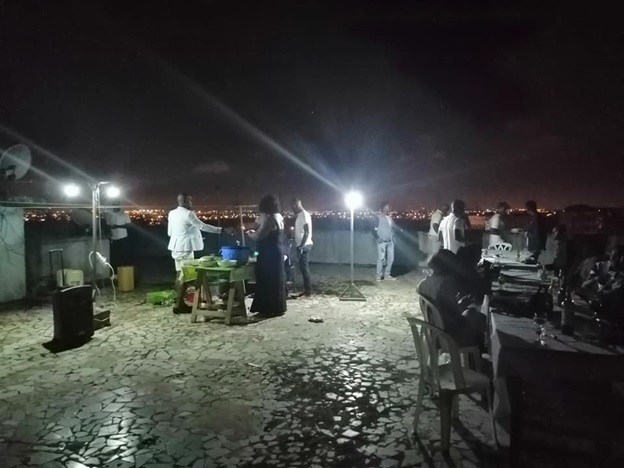 I had a party at my house one night and my mobile phone must have been stolen since I could not find it in hours of post-party searching nooks and crannies. I had to go to the local police commissariat the following Monday to register the loss and obtain a document verifying this. My spirits sank at the prospect. The document I needed was a simple declaration so that I could give it to my employer to assist in the insurance claim. But after three separate documents had been drawn up and rejected by the police commissioner on my behalf over three separate visits, I ended with an attestation de recepisse de depot de plainte, which stated that I had taken legal action against persons unknown. At work there was additional administrative turmoil, since it re-confirmed my anomalous position as a consultant with staff benefits until November, when my contract finishes.

The absence of any constructive police action to retrieve the phone prompted me to try to locate it in case it or its new owner could be apprehended. There are several internet applications which tell you which phones you have and mostly where they are at any given time. I appeared to have two, which seemed right because I had purchased another mobile phone when I was in England. This phone could easily be identified and was on the map. Another, I presumed, was the iPhone, and although its location was not available, it appeared that I could make it unusable. Encouraged by this option, I did just that, wrote my new mobile number in as a contact point for the new owner (I almost wrote a rude message in French as well) and sat back obscurely gratified that I had kyboshed the miscreant. My reverie was disturbed by my wife Allison minutes later calling me from France to say that her screen had suddenly frozen and she had been given a number to ring (mine) and she wanted to know how to unlock it. Of course I had no idea.

The intermittent rain of August continued throughout September and some of my suits and jackets became damp even as they hung in my open wardrobe, wafted by an electric fan each night, and I had to send them to be cleaned. Again I could not be around for Alli’s birthday on the seventh but was very happy that Gwen surprised her by turning up in Leymen for the weekend – just the latest in a family tradition of ‘Surprise, Surprise!’ which everyone claims not to enjoy but really does. We continue to organise them regularly. I had an impromptu dinner one night with a Swiss gent passing through, referred by my friend Sjoukje from Basel. As we were both vegetarians and it was late on a Sunday night I thought it safer to treat him to home-made food and shop-bought wine than to sample the hit-or-miss restaurants nearby.

I went to a rooftop birthday party in Faya, an old-fashioned neighborhood in the east of the city, where a good rooftop sound system and great food helped to make it a memorable evening, although I left too late for me but too early for most. The 360’ night view of the city from the top of the building was silently glorious. On a midweek night I went out for a gossip with some bank colleagues to an Italian restaurant then a week later with more of the same people to a good Korean restaurant. These outings represented a new precedent for our small and secretive European drinking group the ‘muppets’. Due to the pressures of work, the group now organises a mid-week session as well as two at the weekend. We even celebrated the birthday of one of the muppets just last night in a welter of wine and basil-strewn orecchiette.

One of the Cote d’Ivoire’s better known singers, DJ Arafat, founder of the coupé-decalé (cut-and-run) music style, was killed in late July when, at very high speed on a motorbike, he smashed into the back of a minibus just a few metres from where I first lived in Abidjan. His memorial service at the national stadium was attended by around 30,000 people. However, later there were violent scenes at what was supposed to have been a family burial. Large crowds of highly emotional young people entered the graveyard at the ceremony, surrounded and opened the coffin, then photographed and manhandled the corpse because they suspected it wasn’t him. For some days afterwards I was under the impression from media reports that this had been done by Chinese people. I asked a friend why the Chinese had done this and was told that “les chinois” is the name co-opted by DJ Arafat to pay ironic homage to his fans, many of whom don’t have anything to do except engage in petty violence and crime, partly encouraged by his often aggressive and violent music. Public fear of them is palpable – banks closed for the funeral on the day, not so much in respect but because les chinois had announced a mass invasion of the financial sector which adjoins the stadium in which the memorial service was conducted. Central Abidjan was practically locked down on the day of his funeral but the shocking events perpetrated by the chinois at the Williamsville graveyard became a major political issue for the President, who had paid the full cost of the memorial and the funeral in the first of many such popular inducements to smooth his way to illegitimate victory in next year’s election. Brexit fanatics in the UK need look no further than the Cote d’Ivoire and several other African countries as to why a country’s judiciary must always be more powerful than a country’s executive government.

Sadly, the damage, distress and destruction caused by Brexit continues and much of it will be permanent. The rest might heal, but I don’t know how. ‘Getting it done’ could take decades of negotiations. By far the worst experiences are yet to come since we haven’t even left the EU yet (one friend told me his mother thought Britain had left the EU three years ago). Some of my articles on the subject are linked below.

Yours still hunting for screen remote-locking reversal solutions. I might just as well catch the Snark.