A year full of promise started for us in the company of our friends the Stewards. This is a burgeoning family with ambitions to burgeon further. Father Geoff and Mother Julia, their children and ourselves on New Year’s Day went to Reigoldswil, a village nearby where there is a bracing ski lift to the top of the Juras. The children all welcomed the long awaited chance to frolic in the snow, although the condition of Geoff (recent broken knee) and Julia (pregnant) and Alli and me (hangovers) did not allow us to do much more than walk gingerly around on the frozen icepath before we made our descent.

Gwen and I have been to Basel’s Natural History Museum and Culture Museum, both situated in the same building near the Munsterplatz. They were surprisingly interesting places although they offered rather fewer things to see than museums of this type might offer in bigger cities. This is fine by me as in bigger cities we would never get around all the things there are to see anyway, so everybody is happy. I also took Gwen and the neighbour’s children on a different occasion to the Bayeler Foundation. They systematically pronounced on the pictures: “I could do that, I couldn’t do that” and so on. For some of the pictures, it seemed as reasonable a way to assess them as any. We also went to a small museum for children’s toys in the same village. The children were enthralled by the toys that children had had to play with in years past. There were magic lanterns, wooden toys, wind-up tin toys, music boxes and many other toys that the children could actually play with there and then. On another weekend, Ella and I went to the De Kooning exhibition at the Kunstmuseum. The exhibition was full of Untitled Works, which irritated me a little. I strongly feel that artists should title their works of art, if only to give the rest of us all a clue.

I have at last found an English style pub called the Smugglers and have gone there a couple of times with a friend from work. In fact it is rather too English for comfort, as it also sports torn and peeling posters of second division football teams, has hard cheese rolls under smeared Plexiglas, a deaf barman, boasts linoleum floors, nicotine ceiling and dark flock wallpaper and has several large and immovable dogs that rumble threateningly as you step over them into the main bar. Talking of which, we had a dog called Tyson to stay one weekend while his Danish owner was away. He was a calm puppy and delightful to play with. This episode has inevitably multiplied demands that we should once again keep dogs.

One morning the conditions outside when we awoke were totally treacherous with black ice everywhere, down our steps, around the car and down the whole of Hohlegasse. The ice shone menacingly in the dark. It would have been impossible (and suicidal) to take the bike to work. Instead I took the children down the hill by car to the bus stop (although even so I watched a car slide past me as I did). A neighbour told us that these were the worst black ice conditions that she had seen in 20 years’ living in the village.

Gwen’s best friend Veda has now left for Mexico and I took Gwen to see her for the last time before her family left Basel. Many of the personal items, furniture and possessions had already been packed away and Gwen gave her all the little gifts that she had prepared, a special mug and some sweets and several other things. They played together upstairs in the emptying rooms for a while as I sat downstairs and struggled badly with my Spanish, in particular to a Mexican lady who was talking to me about Isabel Allende and other Latin American writers. After about 90 minutes I made ready to go, calling Gwen to put her coat on. Gwen and Veda then hugged each other for a long time. They were both very quiet and sad and Gwen was close to tears. It was a very emotional sight to see them together, little children hugging each other in the full knowledge that it might be many years before they saw each other again. We got back in the car and drove home, Gwen pensive and silent. 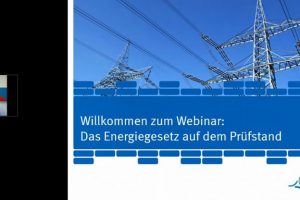