The morning wreaths of mist could not conceal the huge weather variations throughout the month, with sunny, ice blue skies as well as persistent rain over Christmas and frequent fogs. The snow could just be seen crouching half-hidden on the higher hills but mostly it left us alone.

Alli and I went to an early Christmas lunch at the Jarvises of Hegenheim, where together we had champagne, pumpkin soup, foie gras, venison en croute and all the Christmas trimmings, with a Sauternes to start, fine wines to accompany, cheeses and port to finish. This was nothing short of a banquet and a brilliant start to Christmas. As the Advent rushed closer, a tinsel rider on a silver storm, the festivities pressed themselves enthusiastically into our diaries. I went to a wine tasting event introduced by the owner of the Brasserie Teufelhof. He showed us how to taste wine in great detail. From him I learned that our tongues have four separate areas, each of which register different sensations. We also made our annual trip to the English pantomime (Mother Goose) via pasta and wine at Vapianos, although we were unacceptably late to the theatre after dallying over the dinner, thinking we had time even while Gwen was patiently reminding us that we did not. We had a curry dinner at the Dysons, a rack of lamb at La Couronne d’Or with a large group that formed for the Bootons’ visit, another curry at Jay’s with some festive professional gentlemen diners, and we partied farewell to the London-bound Fiona.

It was brilliant to have Jessie and Ella back over Christmas, and to be a family of high five together again. We went together to an afternoon party at the Barneses, whose daughter Bailey has just been given an unconditional early acceptance into one of the best medical schools in the USA (Arkansas), and so was certain of becoming a doctor. There were big smiles and congratulations from all around to her and her proud parents, LeAnn and Jasper. Bailey was Jessie’s first friend when we arrived in Basel nine years ago and they have been “besties” ever since.

At about 7am on Gwen’s birthday (the 12th), I was rather unexpectedly to be heard on air talking about Gwen with the BBC Radio 2 DJ Vanessa Feltz while Gwen was downstairs in shock at the breakfast table. Vanessa wasn’t nearly as irritating to talk to as to listen to, but it was exciting to be able to wish Gwen a happy 15th birthday as millions of listeners brushed their teeth, showered, shaved, micturated, yawned, drank tea, scratched their bottoms, and performed other activities while listening to the polite patter between Vanessa and me. Again, Gwen donated all the money she received for her birthday to a sanctuary for abandoned animals. And again she ate meat for this single day in the year – for breakfast, lunch and dinner. 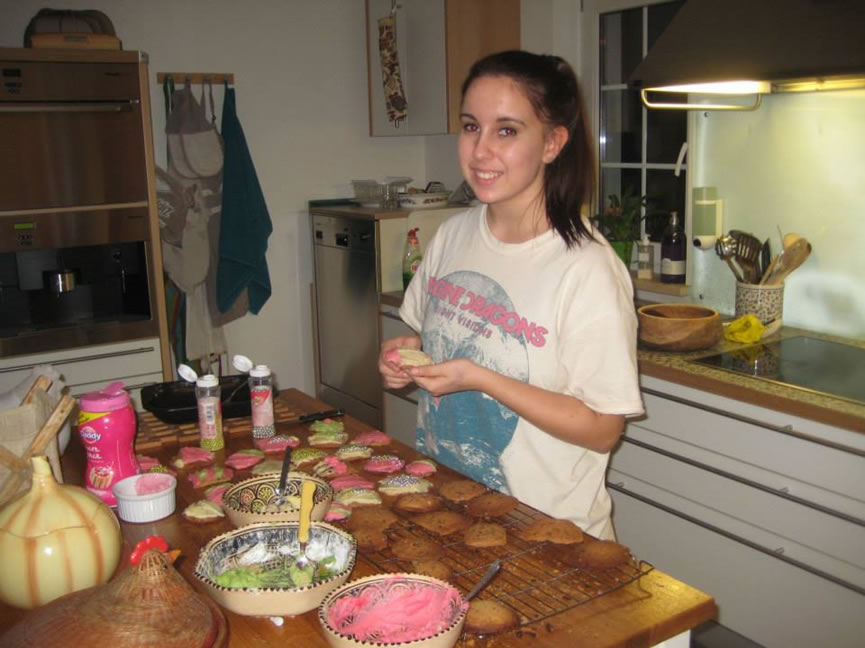 Alli’s brother Nick, Helen and their children Eve, George, and Joe came to see us for a few days over Christmas. Although it rained almost continuously throughout Christmas and Boxing Day, we did get out to do some light sightseeing in and around Basel and its ever-expanding Christmas markets, but the weather forced us to spend much of the holiday inside, albeit with plentiful company, comradeship, conversation and cholesterol. We entertained friends and neighbors on Boxing Day, and visited our friends the Anthonys for a games evening at the weekend. A Japanese friend of Jessie’s, Kota, stayed for a couple of days after Christmas and joined us in our post-Christmas social whirl. Ella, the editor of her University magazine Label, wrote a really impressive article about the social significance of the festive period for families: see http://www.lborosu.org.uk/media/label/article.php?id=1556. She left on New Year’s Eve to join Sam in England to see the London fireworks after having done a fair shift in the house and kitchen when we had guests and on Christmas Day, for which Jessie, now vegetarian, also greatly contributed by doing almost all the cooking on the big day and other occasions. How very proud indeed Alli and I are of our three girls!

We went to another magnificent New Year’s Eve banquet of curries, wine, malt whiskies and Northern Soul given by the Barneses of Biel Benken which brought to a climax the festive social season, started three weeks and several kilos earlier in Hegenheim with the Jarvises. We stayed overnight after Jessie commandeered our house for her party, a social event presented as spontaneous, but which most of her friends had known for months had been writ large on the cards. One of her friends had even been heard to tell his Mum “I’m going to Jessie’s for New Year’s Eve. She’s sure to have a party!” 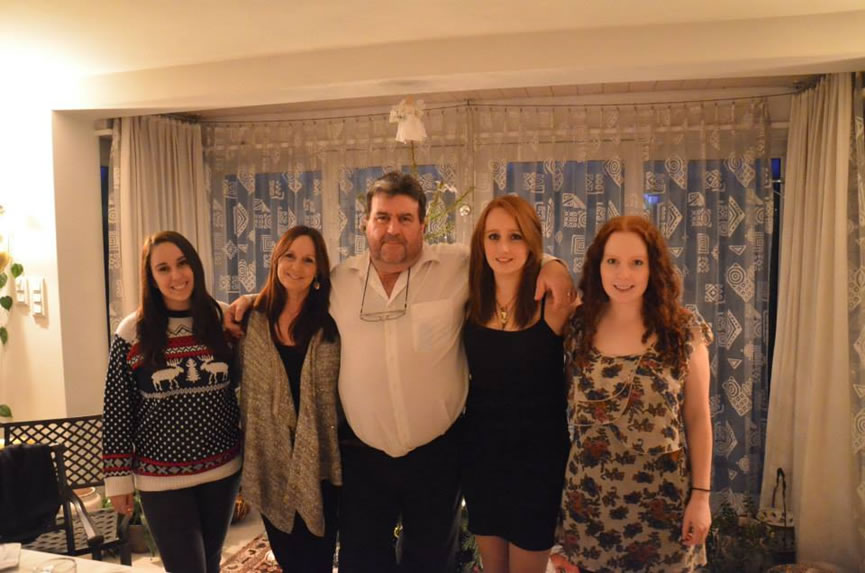 With my best wishes for a happy, peaceful and successful 2014

Ahem This was a month of beauty and grace. Prime[...]

Ahem I was looking northwest across Basel from the Hinterhof[...]

Ahem We were no sooner back from holiday than Jessie[...]